For Georgia to have a fair tax structure, income tax on the wealthiest should increase

Stop any Georgian on the street and ask if our state’s taxes should be “fair,” and the answer will almost surely be “yes.”

But what does fairness mean?

A good explanation is that you’re taxed according to your ability to pay — the more you make, the more you contribute. Public investments in education, roads and public safety are vital ingredients in the success of the wealthy.

Therefore they have a greater responsibility to give back more to support those public necessities. Low income and middle class people are expected to pay less while they work to achieve the American dream. Fairness has been a bedrock principle of American tax policy for generations. 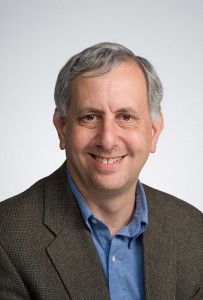 The blame for this upside-down situation goes to the structure of Georgia’s state income tax. It’s essentially flat, which means that most Georgians contribute the same share of their income regardless of their wealth or lack of it.

Worse, the income tax also contains an array of credits and exemptions that benefit higher income taxpayers and businesses; and leaves Georgia with a heavy dependence on state and local sales taxes, which are disproportionately paid by lower and middle income earners.

To create a fairer and more productive system, Georgia policymakers need to make sure the income tax remains the primary source of the state’s ability to provide essential services, and restructure it so those at the bottom pay a smaller share of their income than those at the top. Such a graduated income tax is the cornerstone of an equitable tax policy, and it is found in most states to a greater extent than in Georgia.

Unlike sales and property taxes, the income tax minimizes the share paid by low and middle income households. It requires more from those with greater wealth, and it generates enough money for investments in what helps to create jobs and build a strong economy: good roads, excellent schools, abundant parks, and well-equipped police. Achieving this will require legislators to eliminate many tax credits and exemptions, establish rates that rise with income and possibly create a new top bracket.

Unfortunately, this is not the road Georgia’s leaders appear to be taking. Proposals surfacing from the state Senate include increasing the sales tax to 5 percent from 4 percent and removing the current exemption on food in order to pay for a new business tax break and an income tax rate cut of over one-third.

The result would be a sizable tax increase on a majority of Georgians and a huge tax cut for the wealthiest. It seems there is a growing belief among Georgia’s leaders that fairness is simply a luxury we cannot afford.

The reason they cite?

The income tax “is the biggest detractor to bringing jobs to Georgia,” according to Senate Finance Committee Chairman Bill Heath (R-Bremen). This narrative is as common as it is incorrect.

Economic evidence simply doesn’t support such a claim. For one thing, Georgia is a low tax state to begin with – 49th in per person tax share nationwide – yet Georgia has lost more jobs than almost any other state. Two states that have no personal income tax – Florida and Nevada – were among the hardest hit by the Great Recession, while supposedly“high tax” states such as Minnesota and Vermont fared much better.

Supporters of income tax cuts rarely talk about the drawbacks. Those drawbacks, however, are abundantly clear: overcrowded classrooms, shoddy and congested roads, fewer cops on the streets, and countless other challenges that make Georgia less attractive to businesses and families. Income tax opponents might view these as unfortunate necessities of job creation, but that is a false choice—fair taxation does not discourage economic growth, it enables it.

A healthy income tax would provide the resources Georgia needs for job-creating investments in education, workforce development, and innovation. It would bring in money to help protect and enhance our quality of life, a key driver in attracting new businesses and jobs. It would keep more money in the hands of lower and middle income consumers, who are more likely to spend it locally.

Further cuts in the income tax, on the other hand, would mostly benefit higher income earners who are more likely to save the extra money or spend it outside the state. Shifting away from the income tax would also disrupt Georgia’s relatively balanced money flow, one of the key factors in our consistent AAA bond rating that keeps the state’s borrowing costs low.

The choices we make on tax policy should not be about abstract political and economic philosophies or partisan posturing. They should be about what kind of state we want to be—now and in the future. Georgia’s current unfair and inadequate tax system not only burdens hard working people today, but constrains our ability to invest in the economy of tomorrow.