The Atlanta-based Tull Charitable Foundation wanted to do something special to celebrate its 70th anniversary.

So, the Tull Foundation made a $700,000 gift to Achieve Atlanta, a nonprofit that supports students from Atlanta Public Schools (APS) to successful complete their post-secondary educational goals through needs-based scholarships.

“We decided it would be more fun and fitting to do a gift rather than have a party,” said Sylvia Dick, who chairs Tull’s board of trustees. “We wanted to do something that would continue our mission.”

Gabrielle “Gabby” Sheely, executive director of the Tull Foundation since August 2020, said they wanted to do something special “to mark this milestone. 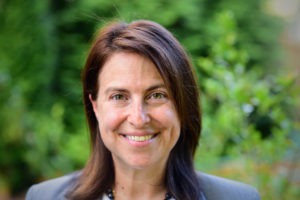 “This is a big gift for the Tull Foundation,” said Sheely, who said they considered whether a gift would be in keeping with the giving of the foundation’s namesake – Joseph McKeehan Tull, founder of the J.M. Tull Metal and Supply Co. “This was the kind of support Tull would give his employees.”

Beverly Daniel Tatum, the former president of Spelman College who is a Tull trustee and will become chair of the Foundation on Jan. 1, suggested they consider Achieve Atlanta, where she also serves on the board. Tatum said it was a good fit because the Tull Foundation’s giving is focused on metro Atlanta.

“We didn’t have to reinvent the wheel,” Tatum said. “Achieve Atlanta already knows who the students are who would benefit. The students already have already been vetted to be successful in college. That made it easy for us.”

Achieve Atlanta is a seven-year-old, needs-based scholarship program available to APS students who want to continue their education beyond high school.

But Fernandez said many students aren’t able to complete their college education within in four years, so Achieve Atlanta started a “completion grant” to help its scholars.

“We award these grants to students who are at the finish line,” said Fernandez, who applauded the $700,000 Tull Foundation gift. “The Tull scholarship is allowing us to fund every student who needs a completion scholarship. Each student will get $10,000 scholarships, and it will help 70 students get their degree.”

Fernandez went on to say that Achieve Atlanta has the infrastructure to manage the program so “all the money is going to students.”

Achieve Atlanta was launched with support from the Robert W. Woodruff Foundation, which funds the scholarship and provides ongoing operational support. “They are committed to doing that for as long as the program remains effective.”

Fernandez said that by the end of this year, Achieve Atlanta will have more than 1,000 college graduates. “That’s a big number,” she said. “The Tull scholarships are going to help that number increase.”

The Tull Foundation currently has an endowment of about $100 million, which makes it one of the larger foundations in metro Atlanta. 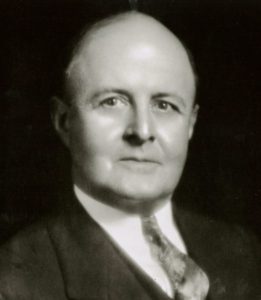 It was established in 1952 by J.M. Tull as the charitable arm of the Tull Metal Co. Tull was born in 1878 in Philadelphia. He attended North Carolina State College in Raleigh, but after 18 months he quit college so he could go into business. Tull moved to Atlanta in 1907 to work for the General Fire Extinguisher Co. Seven years later he founded his own company and became a successful businessman.

The foundation’s website described Tull as a “salesman of great skill and persuasion, as well as a man of great personal charm.” He was known for his generosity, especially during the Depression, when he willingly extended credit in hardship cases.

Tull died in 1962 – 10 years after he launched the foundation. He left his personal assets to the foundation in keeping with his belief that “each citizen should feel a duty to financially support charitable and civic endeavors.”

Sylvia Dick, who has served on the board since 1999 with only a one-year hiatus, said that when she steps down as board chair at the end of the year, she knows the foundation is in good hands with the leadership of Sheely, Tatum and the other trustees.

The announcement of the $700,000 gift was made Wednesday night at the foundation’s annual dinner, a convening of all current and past trustees of the foundation.

“It’s a great way to go out – during our 70th anniversary,” Dick said.