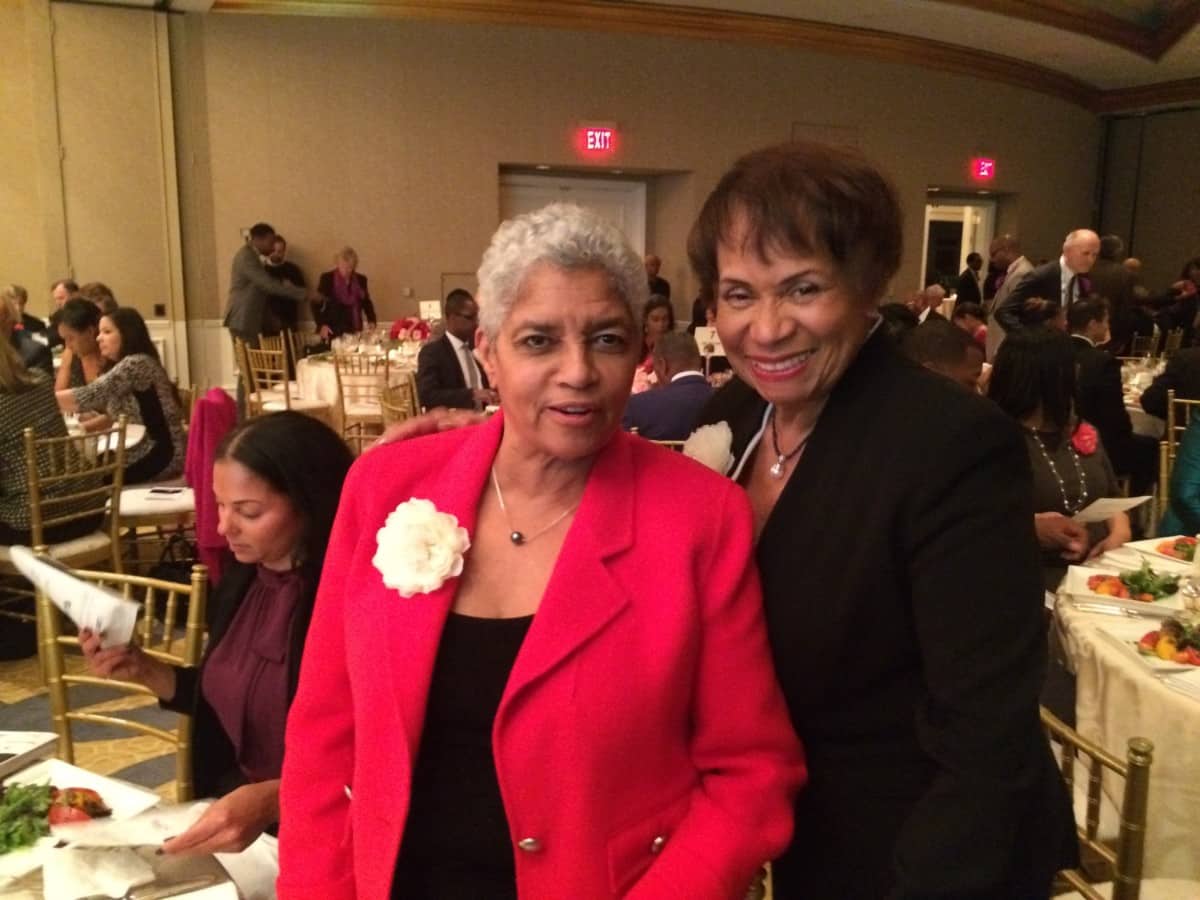 Former Atlanta Mayor Shirley Franklin at a roast in her honor in February. She is standing next to a close friend - Cecelia Corbin Hunter (Photo by Maria Saporta)

Franklin served as the co-chair of the Platform Committee along with another former mayor – Connecticut Gov. Dannel Malloy. They spent several long days hammering out different elements of the Democratic Platform, including an agreement in support of a $15 minimum wage, a greater focus on the consequences of climate change as well as greater scrutiny of multi-lateral trade agreements. 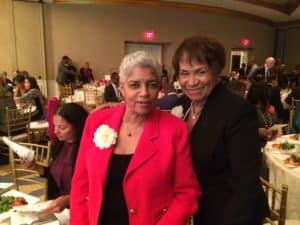 Former Atlanta Mayor Shirley Franklin at a roast in her honor in February. She is standing next to a close friend – Cecelia Corbin Hunter (Photo by Maria Saporta)

“The platform is better because of the rigorous campaign of both candidates,” Franklin said in a telephone conversation on Wednesday. “Bernie (Sanders) had a definite impact on the platform, and he brought a younger generation to the table.”

In releasing the platform, the Democratic National Convention described it as the “Most Progressive Platform in the Party’s History.”

According to the Convention’s website, Malloy was listed as being committed to Clinton while Franklin was listed as being “uncommitted.” She did not share her opinions about the race, choosing instead to talk about how the party was now unified behind one platform and one candidate.

“There was a lot of debate during the primary and during the committee that allowed us to adopt a unity platform that represents the diversity of the Democratic Party,” Franklin said.

From her point of view, Franklin acknowledged the whole process of negotiating the platform had taken a toll on her.

“It was tiring,” she said. “Today is the first day I feel like myself.”

Previous Article
Atlanta City Council poised to ask for Central Library to be renovated, not razed or abandoned
Next Article
“Perspectives” by Kelly Jordan #2