The Capitol View Masonic Lodge building at 1331 Metropolitan Parkway as seen in a City of Atlanta report recommending it for landmark status.

A former Masonic lodge in the Capitol View neighborhood that once housed a Black-founded union has been recommended for historic landmark designation as a preservation-minded owner plans a renovation. 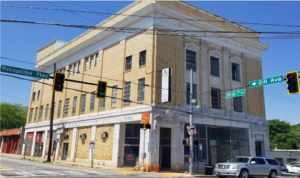 The Capitol View Masonic Lodge building at 1331 Metropolitan Parkway as seen in a City of Atlanta report recommending it for landmark status.

The nearly century-old Masonic building stands at 1331 Metropolitan Parkway at the intersection with Dill Avenue, across the street from the Metropolitan Branch Library. It is named as a contributing building to the surrounding Capitol View Historic District, which was placed on the National Register of Historic Places in 2016, but has no historic protections of its own. Landmark status, which would mandate city approval for exterior alterations or demolition, was recommended in a May 12 vote of the Atlanta Urban Design Commission and next heads to Atlanta City Council for consideration.

“I’ve always admired this building,” said commission member Harold Morton, adding he assumed it already had landmark status. “That whole area is developing at the blink of an eye. So we definitely need to protect this building.”

Vantage Realty Partners, the building’s owner, also supports the landmarking, which would make renovations eligible for tax credits, among other benefits. 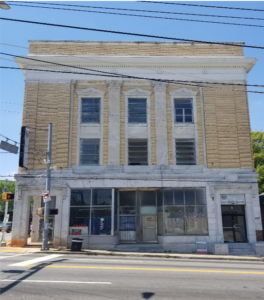 The facade of the Capitol View Lodge as seen in the city report.

“There aren’t many buildings remaining in Atlanta from this period, especially with the unique character [and] architecture and history surrounding it,” said Chris Carter, Vantage’s founder and partner, in an email. “I was born and raised in Charleston, South Carolina, where preserving historic structures is just the norm.”

“We hope to fully restore the building in the coming years, once we have an anchor tenant(s) that makes it economically feasible for us to spend the $1.5 million on construction,” added Carter.

Much of the building is vacant now though a barbershop remains a long-term tenant.

The landmark status was proposed in March by city planners. “We would expect at some point there would be a historic renovation proposal for the building…,” Doug Young, the city planning official who oversees historic preservation, told the commission. Under landmark status, the commission would review an exterior element of such a renovation, which Young said could focus on maintaining the building as it is or restoring it to an earlier appearance based on archival photos or other records. 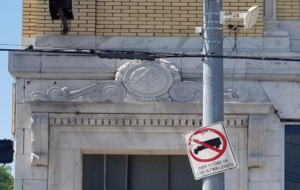 A Masonic symbol carved above a doorway is among the many original features that remain intact in the Capitol View Lodge structure, as pictured in the city report.

A city planning report says the four-story building, with storefronts at street level and the Masonic spaces above, has extraordinary significance on a number of cultural and architectural points. The building was commissioned on what was then called Stewart Avenue by members of the Freemasons, a fraternal organization, who chartered Lodge 640 in 1913. Dubbed the Capitol View Lodge, the building was completed in 1922.

The structure was designed in the Neoclassical style by “exceptionally important master architect in Atlanta,” Robert Smith Pringle, who worked on many other buildings in Atlanta and the South, according to the report.

The building reflects the cultural significance of the Masons at the time. When the building opened, the chapter was 550 members strong, a roster that peaked at around 970 in the 1950s, according to the city report. The building is also “extremely rare,” the report says, for preserving Masonic quirks of architecture — particularly a large windowless space used for secret ceremonies that makes it hard to tell whether the building is technically three or four stories tall. (Either way, Young said, it is “by far one of the tallest buildings” in that part of the city.) That space later had such uses as a youth center and a theater. 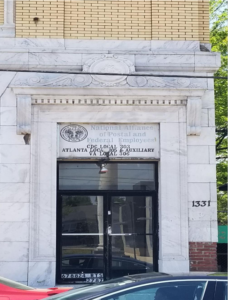 A sign for the National Alliance of Postal and Federal Employees remains above a door in the Capitol View Lodge building, as seen in a city report.

The report says of the building that “almost all its original features, materials and finishes are in their original condition and location.” Those include the Masonic symbol of a square and compass with the letter “G” inside is carved above some doors.

The popularity of Freemasonry waned over the decades, and the lodge eventually merged with another chapter and sold the building in 1979. The new owner brought another cultural legacy, the report says, as an “extremely important” part of local African American history. The National Alliance of Postal and Federal Employees, a union formed by Black workers to fight racial discrimination in the U.S. Postal Service and later opened to all workers, bought the building and operated from it until the 1990s. Another preserved historical feature is the union’s name remaining above a main door.