Williams, who retired as Atlanta Chamber president at the end of last year after 17 years at the helm, will be involved in helping the university connect with the broader civic and business community. He will start teaching in January. 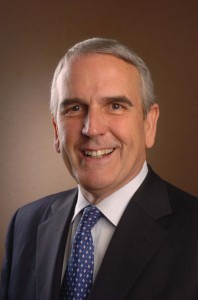 “Sam has a wealth of experience and knowledge about Atlanta businesses and the larger community,” said Georgia State University President Mark Becker. “We look forward to how he’ll be able to bring that all together for our students and faculty,”

Williams has been both a participant and observer of Atlanta’s civic leadership for more than 40 years, dating back to the administration of Atlanta Mayor Ivan Allen Jr. and serving as the first director of Research Atlanta.

Williams later joined the development and architectural firm of internationally-renowned John A. Portman. After leaving the Portman organization, Williams became president of Central Atlanta Progress before being named president of the Metro Atlanta Chamber in late 1996.

Joining forces with an academic institution was a natural culmination for his career, Williams said in an interview. He said Georgia State made sense because if the university’s leaders have a “broad vision” of how universities can connect with cities.

“They want to get the professors out to the community,” said Williams, who also will serve as a member of GSU’s Metro Cities Council – where faculty members from across GSU’s dozen different colleges come together to focus on the community. “They want to try to organize interdisciplinary teams to do research with the region and in other cities.”

Mary Beth Walker, dean of the Andrew Young School of Policy Studies, said Williams’ knowledge of Atlanta will be of great benefit to the students at the school.

“Our school is well-known for deep engagement in the policy world, putting our research into real action,” Walker said in a statement. “That our students now have access to one of the nation’s most successful chamber executives will only broaden their academic experience and expand their future leadership potential.”

In addition to beginning his new academic career, Williams has just finished publishing a book called: “The CEO as Urban Statesman: Harnessing the Power of CEOs to Make Cities Thrive.”

Previous Article
From CHOA to the White House, via NASCAR
Next Article
Together for Girls: Protecting Children from Violence