It might be hard to distinguish the barks from the boo’s at the University of Georgia these days. Not many football fans or alumni ever want to hear the name Jim Donnan again.

The former football coach was fired in 2000 after a less-than-stellar four-year career with the Georgia Bulldogs. After a large payout from the school, on top of the already high salary he made, Donnan became a commentator for ESPN. Now, he faces civil and potentially criminal charges from the Securities and Exchange Commission (the other “SEC”) for allegedly participating in a Ponzi scheme. 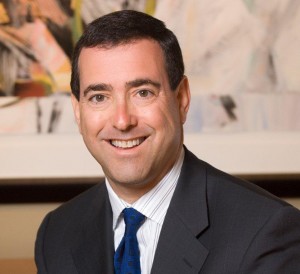 Donnan should have had plenty of money to care for his family. He made $750,000 a year as the UGA football coach. When he was fired, Donnan got a massive buyout for the remaining three years of his contract – in the realm of $2.5 million. There was even an additional “confidential payment” from the school for more than $250,000 because of a deal between Donnan and the university president. Donnan’s salary as an ESPN analyst isn’t public, but chances are it, too, was substantial.

So why would someone as wealthy as Donnan feel compelled to cheat former students, friends and colleagues? Perhaps, Donnan got confused about the meaning of money. He probably thought of money as a way to keep score, and he may have mistakenly believed that more money inevitably provides more freedom and security.

Donnan was a competitive athlete and coach. Making money had long been his way of keeping score. Maybe he felt he had to cheat to continue “winning.” In truth, when we use money as a way to keep score, we often feel worse, not better. I imagine Donnan feels more like a loser now than the winner he was on the gridiron.

Winning the game of life is never about who dies with the most money; our lives and our legacy are measured by our relationships and by making a positive difference in the lives of others.

Likewise, when we define our security solely by the amount of money we have accumulated, we always end up feeling insecure. Why? Because we can always imagine a scenario where we lose all our money.

Although this may sound strange coming from a financial advisor, I have learned that real security comes from the inner confidence that we can handle whatever life throws our way. Donnan may have been so focused on accumulating money that he forgot about other parts of his life that were as, or even more, important than money.

Money doesn’t buy freedom, either. True freedom is all about using all your wealth to create the life you desire, not just counting your money.

More money does provide more choices – nicer cars, grander vacations, larger homes – something many of us crave. Equating money and freedom, however, often leaves us feeling shackled. No matter how much money we accumulate, there always will be things we can’t afford.

Money is a tool, nothing more and nothing less. When we get confused about the meaning of money, we often end up bringing misfortune on ourselves and our family. Just ask Jim Donnan and his untold civil suits and federal charges. Today, this former SEC coach possibly faces the ultimate loss of freedom – jail time.

Guilty or not, Donnan made his choice. Unless exonerated, his name will forever cast a black mark on the UGA brand, to say nothing of what these charges will do to his family and his reputation. Had Donnan limited his scorekeeping to the playing field, we would be talking instead about what everyone in Georgia usually talks about this time of year – Bulldog football.