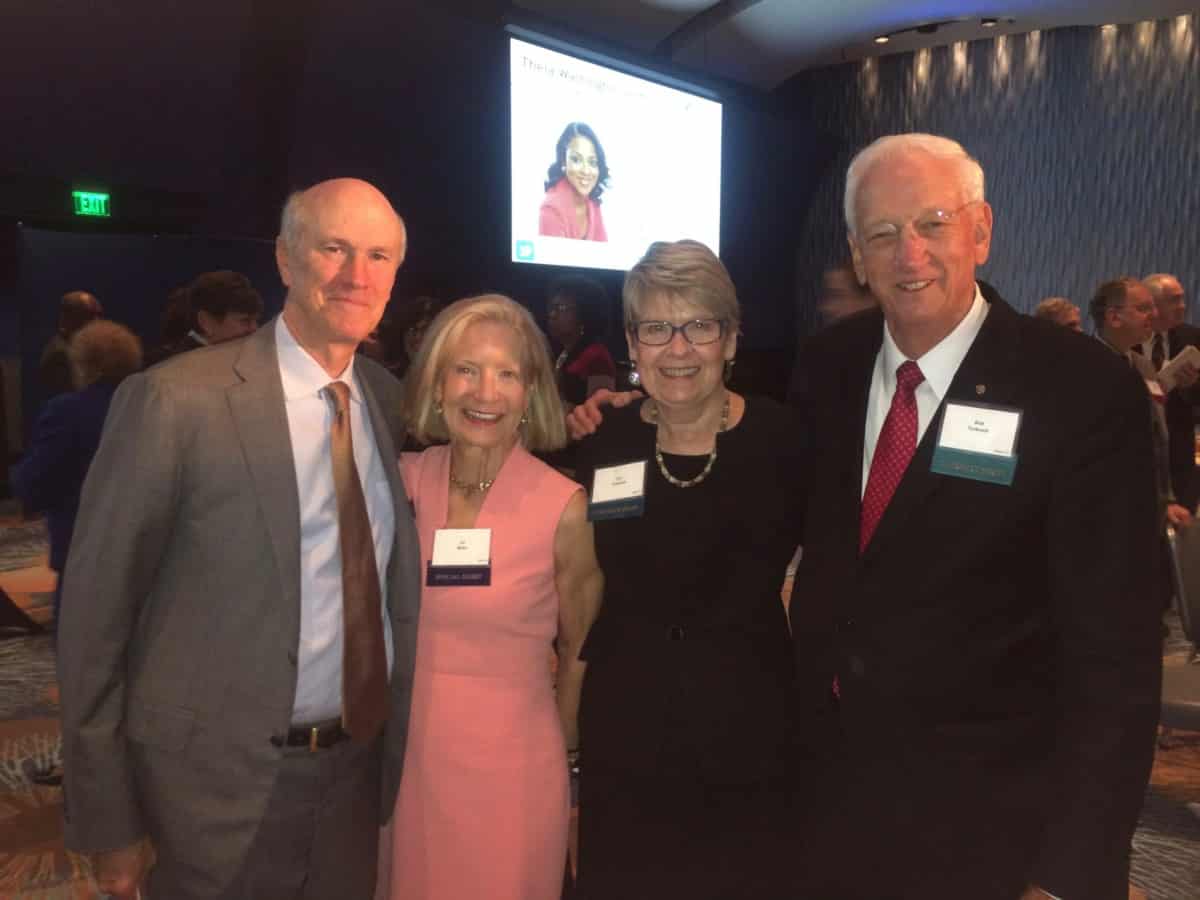 The former CEO from the Home Depot, Frank Blake, on Tuesday received the 2016 Lifetime Achievement Award in Leadership Character at a luncheon at the Georgia Aquarium.

The award was given by the Turknett Leadership Group and the Robert K. Greenleaf Center for Servant Leadership. The organizations also recognized a host of other leaders during the Twelfth Leadership Character Awards.

This year’s top award recipients were: 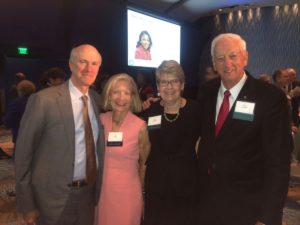 Frank Blake received the Lifetime Leadership Award for exemplifying “the highest standards of character, integrity, and servant leadership over a lifetime of organizational service and service to the larger community.”

Blake was introduced by his wife, Liz Blake, who spoke of his dedication to his job and how he would get up at 5 a.m. on Saturday mornings to go get training in different departments at the Home Depot.

Since 2003, the Turknett Leadership Character Awards have recognized Georgia leaders who demonstrate character in leadership based on alignment with the Leadership Character Model, a model developed by Bob and Lyn Turknett in 1995. The model represents character as a scale with integrity as the base and respect and responsibility balanced on either side. The awards were presented under the auspices of the Greenleaf Center for Servant Leadership, a nonprofit with international reach.

The Robert K. Greenleaf Center for Servant Leadership was founded in 1964. It is an international nonprofit organization that serves students, individuals, workplaces and the community by growing servant-leaders through education and programming.