Frank Skinner – ‘a giant of a human being’ – passes away 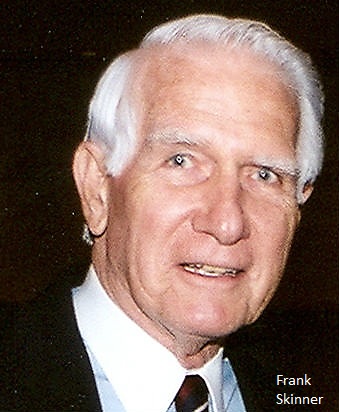 B.. Franklin Skinner, an influential business and civic leader for decades, passed away Friday night after being taken to the hospital that morning.

Linda Glass, executive director of the Rotary Club of Atlanta, sent out an email to Rotarians on Saturday titled: “Frank Skinner is now in heaven.” 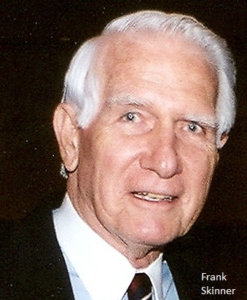 For most of his professional career, Skinner was with Southern Bell, which later became BellSouth Corp. before being acquired by AT&T.

When he retired in November 1992, Skinner was CEO of BellSouth Telecommunications, the operating subsidiary of BellSouth Corp., once the major telephone company in the Southeast.

But it was Skinner’s civic contributions that left his mark in Atlanta.

For example, Skinner led the effort to get the Rotary Club of Atlanta to launch the annual Interfaith Business Breakfast – now in its 21styear. Despite failing health, Skinner attended this year’s prayer breakfast on Oct. 4 to hear Dan Cathy, CEO of Chick-fil-A, give the keynote address. He also attended a recent Rotary Club luncheon meeting.

Over the decades, Skinner held multiple leadership roles in the community. He was the 1992 chairman of the Metro Atlanta Chamber. He also served as a board chair of the United Way of Greater Atlanta as well as one of its annual campaigns.

In one of his less glamorous civic roles, Skinner served on the board of the Atlanta Housing Authority during its transformation from a troubled agency to one that garnered national respect.

But the story that best described Skinner’s character occurred in April 1995.

Skinner was serving as chairman of the national Salvation Army, which was meeting in Atlanta.

He invited Salvation Army leaders to his Buckhead home. Then tragically during the reception, the deck of the Skinner home collapsed – injuring dozens of people, including Skinner.

Even though he was one of the most injured with a fractured pelvis, Skinner insisted that all of his guests be taken to the hospital to receive medical care before he allowed first responders to treat him and his injuries.

“I do not know of a finer person than Frank Skinner,” Renee Glover, then director of the Atlanta Housing Authority, said in 1995.“He’s always had time to care about his fellow man, willing to not only give lip service but give of his time and commitment. There are very few people who do that.”

John Clendenin, who was then BellSouth’s CEO, said it best.

“Frank Skinner isa giant of a human being in every sense of the word,” Clendenin said in 1995.. “He’s done so much good for so many, and it’s such a shame that he has to suffer like this.”