A friend of America’s first presidents, Andrew Ellicott put Georgia on the map 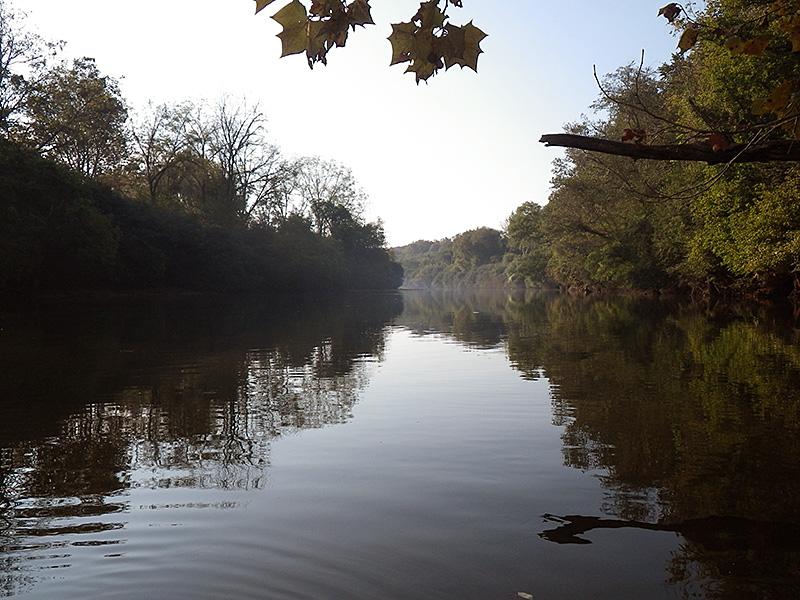 Andrew Ellicott and the state of Georgia? “Never heard of him” would be the response of most Georgians — and most Americans. Though understudied by historians, Andrew Ellicott’s work as a surveyor was respected by America’s early presidents, and he played a key role in determining boundaries within the young nation.

Ellicott was born an English citizen in Bucks County, Pennsylvania, in 1754 and died in West Point, New York, as a citizen of the United States in 1820. Raised as a Quaker, he was imbued with a solid set of values and self-taught to become the most famous astronomer-surveyor of his lifetime. Ellicott surveyed the boundaries of 14 states (including three of Georgia’s four boundaries), the 10-mile square of the new District of Columbia, and many of the circles, squares, and boulevards of the city of Washington. President James Madison appointed Ellicott in 1813 as professor of mathematics at the United States Military Academy, where he is interred in a sarcophagus at the school’s cemetery.

Ellicott married Sarah Brown in 1775, and the couple moved from Pennsylvania to a family compound in Maryland, which over the years would morph into Ellicott City, a bedroom community of Baltimore. As a young man, Ellicott published a series of almanacs that contained accurate information about astronomy-surveying, weather conditions, times to begin planting and harvesting, and information about when and where court would be held. 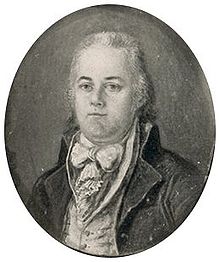 Ellicott’s reputation brought him to the attention of prominent surveyors who hired him to help finish the Mason-Dixon line, which had not been completed some 20 years earlier because of the protests of local Native Americans. The success of the survey resulted in Ellicott being awarded a master’s degree from the College of William and Mary in Williamsburg, Virginia. This propelled Ellicott into the stratosphere of surveyors.

A confidante of Washington and Jefferson, Ellicott was asked to survey the young nation’s first international boundary with Spain, which, arguably, was the most important step in stopping Spain’s hegemony on the North American continent. The 1795 treaty between the United States and Spain described the boundary line as the 31st latitude beginning at the Mississippi River going eastward to the Chattahoochee River, then down that river to its junction with the Flint River, then on a direct line to the headwaters of the St. Marys River, and finally, down that river to the Atlantic Ocean. The 530-mile-long vista cut in the dense forest and swamps is the present boundary between Mississippi and Louisiana, between Alabama and Florida, and between Georgia and Florida. Ellicott’s four-year expedition of the survey is the stuff of fiction, and had never been fully told by historians until recently. 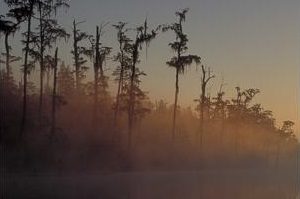 Okefenokee Swamp. Courtesy of the Georgia Department of Economic Development

The last physical requirement of the survey was to find the headwaters of the St. Marys River as provided for in the treaty. Ellicott went up the St. Marys River into the Okefenokee Swamp until he was satisfied as to the river’s headwaters. Known as Ellicott’s Mound, his location of the headwaters survived several surveys for the next 60 years until the surveyors Gustavus J. Orr and B. F. Whitner, representing Georgia and Florida, respectively, agreed that Ellicott’s location was accurate. The boundary line was approved by Congress in 1872 and has not been challenged since.

Another of Ellicott’s surveys most important to Georgia concerned the so-called Orphan Strip, a 12-mile-wide strip of land claimed by Georgia, North Carolina, and South Carolina. For years, disputes arose over who owned what land and in which state the property was located. An 1807 survey of the strip of land was performed, but the states still could not agree on the location of the 35th latitude. In 1811 Georgia hired Ellicott to mark the location of the 35th latitude at the northeast corner of Georgia on the Chattooga River, which was the junction of Georgia, North Carolina, and South Carolina. Ellicott’s survey established that those citizens who thought they lived in Georgia were really in North Carolina, and his survey was finally accepted by the three states.