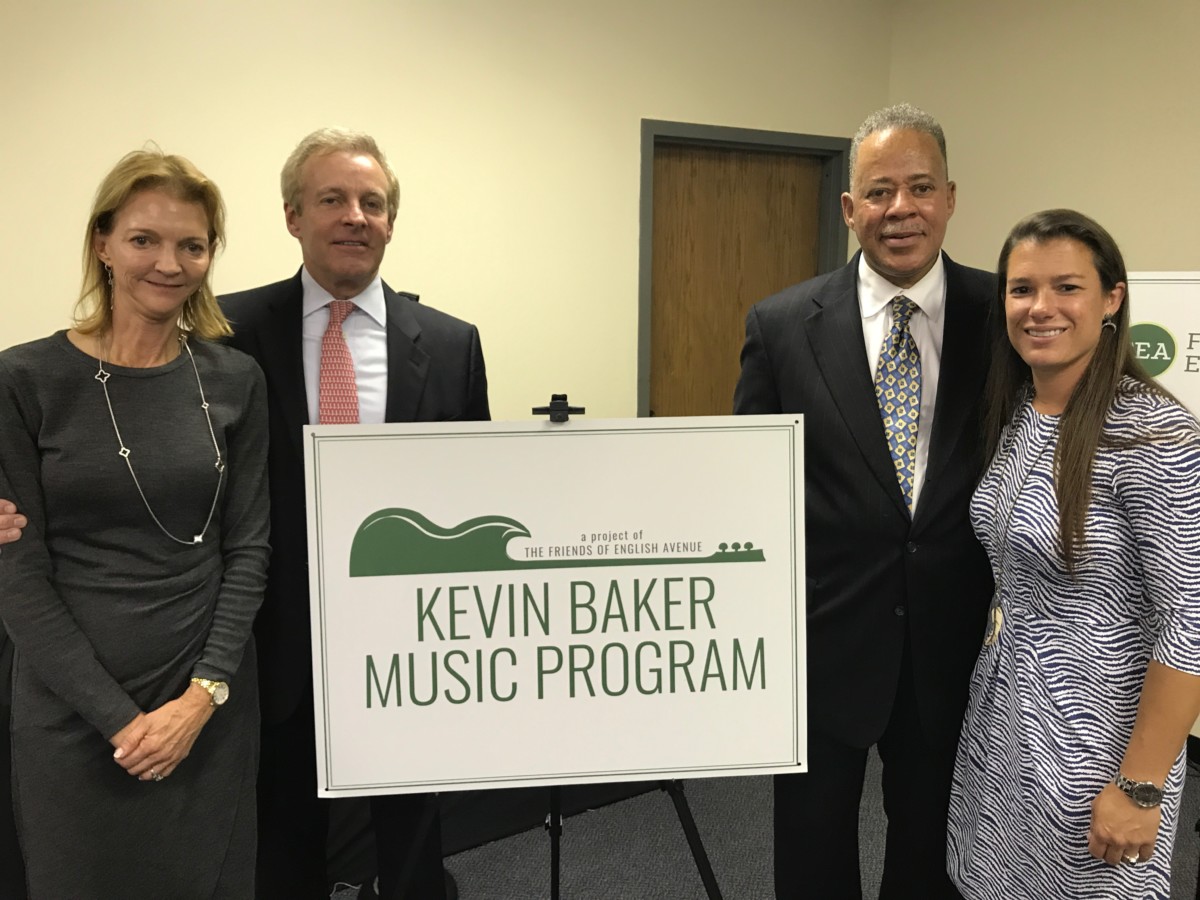 It was the 11th anniversary of the organization, which was co-founded by John Gordon and Rev. Andrew Motley, senior pastor of Lindsay Street Baptist Church.

The highlight of the luncheon was when Gordon and Motley recognized Suzanne Baker, who served as executive director the organization for eight years – leaving in the fall of 2016.

Her brother, Kevin Baker (1982 to 2017), was a musician who had volunteered in English Avenue. Gordon and Motley wanted to memorialize the contributions of Kevin, Suzanne and their entire family by naming the music program in his honor. 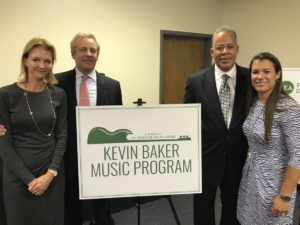 Gordon also announced that James and Julia Shealy would be leading the music program. The couple moved to English Avenue a few months ago in a house owned by Friends of English Avenue.

“James and Julia are living at the FOEA Elm Street house, site of the new program, and are developing meaningful relationships with the students, while providing new opportunities for youth and their families,” Gordon said.

“The program will provide a custom curriculum based on the ages and interests of participants,” he added. “Certain incentives, such as completed homework, will qualify students for free lessons.”

The Shealeys are both musicians, and James is a co-worship pastor at a church in Smyrna. Gordon happened to meet them at a wedding in Florida and was able to lure them to the English Avenue neighborhood.

Suzanne Baker was clearly touched by the tribute to her brother and for the thanks the community gave to her on Sunday.

“I just miss being here so much,” she said. “This community really shaped who I am as a person. We came here to make a difference and help others but ended up learning from you. I’m so happy that the efforts have continued, and continue, to grow. I’m just grateful I was a small part of this.”

Friends of English Avenue http://foea.org/about/ was launched after Kathryn Johnston, a 92-year-old resident of the community, was killed when Atlanta police executed a fraudulent search warrant on her home on Nov. 21, 2006.

Gordon was so upset by her death that he teamed up with Rev. Motley, and the two have become close friends and colleagues to help revitalize the English Avenue community.

The FOEA nonprofit was incorporated in April 2009 to make English Avenue a safer and better place to live – ultimately improving the broader community of Atlanta. FOEA focuses on beautification, crime reduction, green space and mentoring individuals and organizations.