In the wake of a financial scandal at the Development Authority of Fulton County, Fulton Commissioner Lee Morris has filed legislation aimed at reforming its board’s spending and transparency while wishing for even tougher action — including a criminal investigation and dissolving the authority.

Commission Chairman Robb Pitts is backing Morris’s legislation, which is scheduled to be heard at a July 14 meeting where DAFC’s chair and interim executive director, Marty Turpeau, is expected to appear for a grilling. Also on that day’s agenda is Commissioner Liz Hausmann’s nomination of Johns Creek Mayor Mike Bodker to the DAFC board. 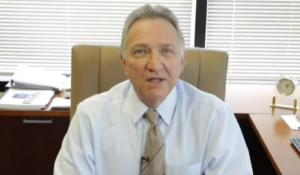 Morris, a longtime DAFC critic who represents areas of Buckhead and Sandy Springs, has said that even he was surprised by the revelations involving questionable per-diem payments to board members and related issues. “There doesn’t seem to be any enthusiasm for a criminal investigation, though arguably there ought to be,” he said in a recent interview about his reform proposals.

The DAFC’s major power is to grant tax abatements to real estate projects by issuing tax-exempt bonds and collecting fees from the deals. The DAFC is in the midst of a scandal over hundreds of thousands of dollars in per diem payments made to some of the volunteer board members for work as basic as signing documents, which forced former chairman Bob Shaw to leave the board. The scandal has also raised scrutiny of the DAFC’s hiring of lobbyists, including the mayor of Sandy Springs, and potential conflicts of interest with a new policy allowing board members to propose grants to local organizations.

Turpeau has said the DAFC is already in a self-reform mode after learning about some of the issues before they became known to the public or the Board of Commissioners. Those moves include having board members file financial disclosures. The board also reined in per-diem spending and suspended the payments altogether during an ongoing review of whether they were legally authorized by the BOC. Turpeau did not respond to a comment request about Morris’s proposals, which echo and formalize some of those moves.

One of Morris’s legislative proposals would require board members to file the same personal financial disclosure forms as commissioners do. “Right now, those authority members that in effect spend hundreds of millions of dollars in tax abatements aren’t subject to any disclosures anywhere,” he said.

The other proposal would set board member’s per-diems — or daily compensation for their volunteer work — at $105. Morris says that’s the same per-diem as the Board of Regents of the University System of Georgia. In addition, the per-diems would be available only for full, public board meetings — and not of an “executive committee” that Morris dismisses as a way for chairs to consolidate power. Morris also said board members arguably should repay the per-diems they received under the current system due to its apparent unlawfulness, but that is not addressed in his legislation.

Another item irking Morris but not in his legislation is Turpeau’s current dual role as DAFC board chair and interim executive director. “That’s wrong and I think he ought to resign one or the other,” Morris said, calling the situation a conflict. Former executive director or “CEO” Al Nash retire late last year. Turpeau has said an initial search failed to fill the job and the board is now waiting for its vacant positions to be filled for full input.

Pitts, the commission chairman, said in a written statement that he is backing Morris. “It’s clear that, at the very least, serious reforms are desperately needed to restore the public’s trust if that’s possible,” said Pitts. “I support what Commissioner Morris has proposed as a starting point for reforms and am waiting to hear from Mr. Turpeau during next week’s meeting before I decide for myself if we need to take things a step further.”

Commissioner Bob Ellis of North Fulton’s District 2, on the other hand, isn’t so sure. “Of note, the DAFC has proposed/adopted several changes of their own which are likely to address many of the concerns raised,” he said in an email

Commissioner Khadijah Abdur-Rahman of South Fulton’s District 6 spoke more broadly of “concerns,” saying her office is “conducting its own internal review” of the DAFC. Earlier this year, Abdur-Rahman successfully nominated to the DAFC board JoAnna Potts, who has emerged as one of the skeptical voices in its deliberations. “The persons we appoint to implement and execute policies must maintain the highest ethical standards,” said Abdur-Rahman. “As the commissioner of District 6, I have already put in place on the DAFC Board an appointee that meets this test.”

Pitts remains undecided on his pending nominee for a DAFC board seat where Sam Bacote is still serving under a term that expired in May. Pitts has said he wants to see how the scandal plays out before making a decision to renominate Bacote or name someone else.

Meanwhile, the scandal appears to be radicalizing Morris, who already was a staunch critic of an authority widely criticized for granting tax breaks to luxurious projects in hot real estate markets. Since his election to the commission in 2014, Morris has played a key role in such basic reforms as getting the DAFC to publish its meeting agendas and reveal the estimated value of its tax abatements. In an ironic twist, Morris found himself in the position of nominating Shaw, a longtime friend, right as the scandal broke due to a behind-the-scenes deal to add seats dedicated to represents of the Atlanta and Fulton school districts, which have expressed concerns about the impacts of tax breaks on their budgets.

A selling point of the DAFC and similar authorities around the metro area is that they are self-funded by fees, but a key factor of the current payment scandal is the implication that board members may have had self-interested reasons for granting tax breaks.

“You know, the whole concept to me … creates this conflict of interest,” Morris said of the DAFC. “The only funding the Development Authority gets is through fees… which means they have an incentive to do these abatement deals. It’s an inherent conflict of interest. That, to me, needs to be fixed.”

He suggested that the county government could instead collect the fees and fund the DAFC. He said he did not know whether the county could do that itself or whether state legislation would be required, and acknowledged it would involve a “radical budget amendment” for the county. No state legislative reform of the DAFC would be easy, Morris predicted, has it has “hired a lot of lobbyists to protect themselves against the General Assembly.”

Morris also voiced support for simply dissolving the DAFC, an idea Pitts previously floated and which recently gained support from a handful of Democratic state legislators originally in response to a tongue-in-cheek Twitter post from Atlanta Magazine editor Thomas Wheatley advocating the move.

“I’m all for that,” Morris said of killing the DAFC. He said some developers over the years have told him they got abatements they didn’t need, and noted that several Fulton cities already have their own development authorities. “So do we really need a Development Authority of Fulton County? I don’t think so.”