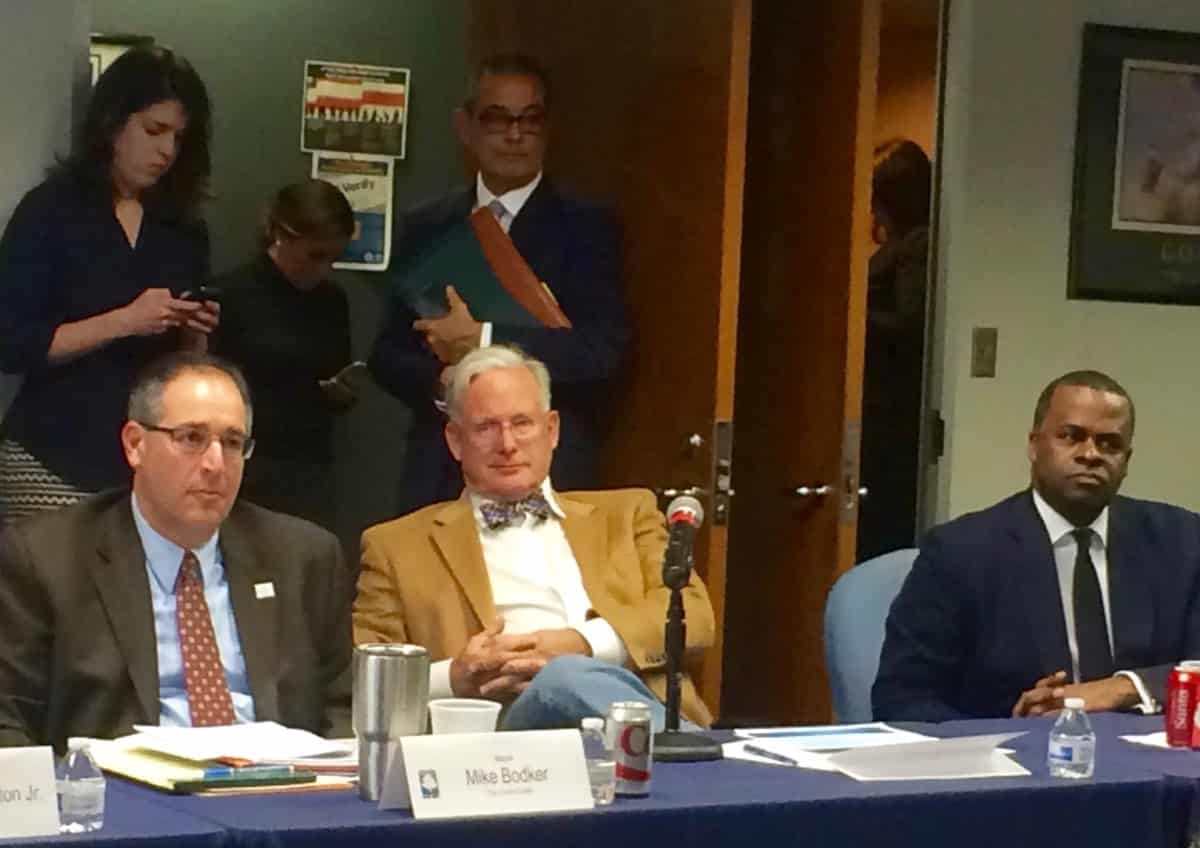 Fulton County, minus the City Atlanta, has put together a draft list of transportation projects for the next five years with the potential revenue ranging from $484 million to $655 million.

The Fulton County Commissioners are holding a special called meeting on Thursday morning with the mayors of the 13 Fulton County cities not including Atlanta. At that point, they will review a draft of the project list, which they helped put together. The meeting will be held in the third floor conference room of the Fulton County Government Center.

Todd Long, the chief operating officer for Fulton County, said this is one of the final steps necessary before the Fulton County Commission meets on Aug. 8 to call for a referendum for the five-year TSPLOST on Nov. 8. 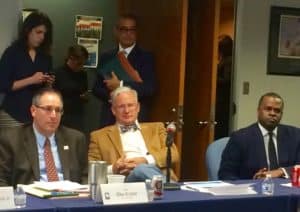 He broke down the projects by category – using the full list if $655 million in revenues is collected.

Maintenance and safety projects, including road resurfacing and guard rail repair, make up about 18.9 percent of the list’s dollar amount.

Repairing bridges will total 3.1 percent of the value.

The next largest category is for operations and safety. About 23 percent of the total would go to signal improvements and other initiatives to improve operations through safety enhancements.

The final major category is for pedestrians, bicycles and landscaping with $14.7 percent of the total.

“That’s really good,” Long said – especially compared to the resources that have been available for pedestrians and bicycles in the past.

The county has three different tiers for the TSPLOST depending on how much is collected. There’s tier one, which would be built even if only 85 percent of the projected funds are raised. Then there’s the second tier that would be covered if 100 percent of the money is raised. And then there’s the third tier for projects that would be covered if the sales tax generated more than anticipated.

Long observed that several cities put many of their bicycle and pedestrian projects in that third tier. If just the first and second tiers get funded, that would mean that about 13.4 percent would go to bicycle, pedestrian and landscape projects.

Fulton County, however, still is not addressing the need for more transit with this TSPLOST.

“None of it is going to MARTA or transit,” said Long, who added that he wouldn’t be surprised if there was new legislation proposed next year for Fulton to hold a referendum for additional MARTA revenue.

At Thursday’s meeting, Long said the commissioners and the mayors will decide on a date to sign the “intergovernmental agreement” that is needed before it be presented for a vote by the Fulton Commission. 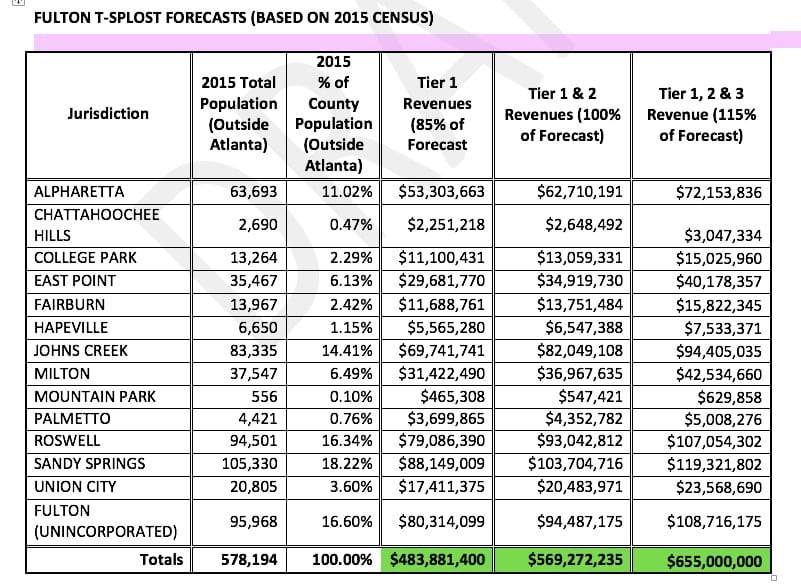 Chart shows how much money each city (not including Atlanta) and unincorporated area of Fulton County would likely get if the five-year TSPLOST is approved (Source: Fulton County)