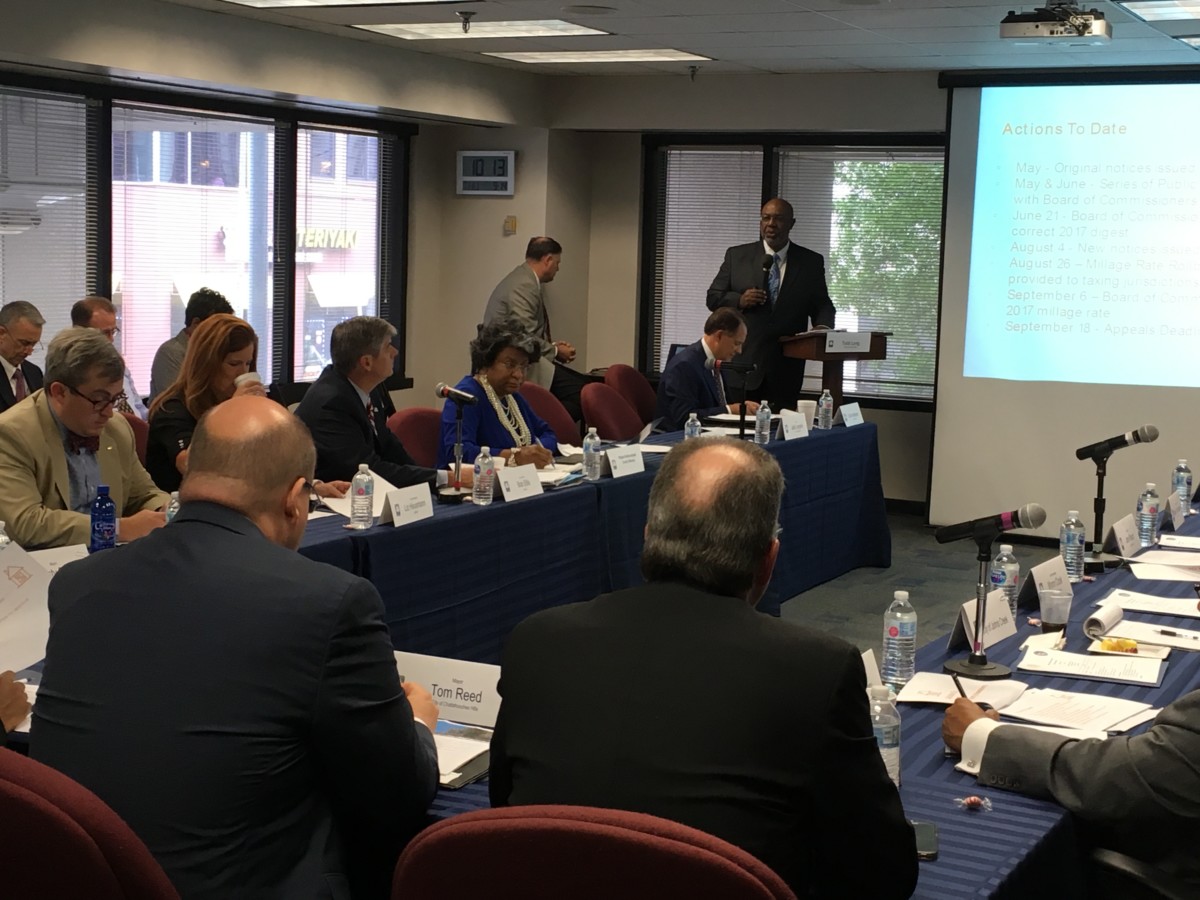 In the aftermath of a taxpayers’ revolt over a surge in many 2017 Fulton County home property tax bills, local government leaders are trying to figure out how to dodge the pitchforks and torches next time. A cap on home property tax increases could be part of the plan. 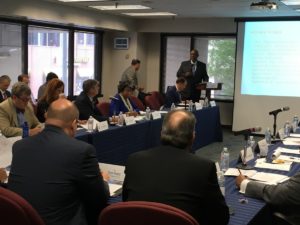 Mayors and other local leaders from Fulton County on Thursday discussed the idea asking the state Legislature for a cap on property tax rises. Credit: Maggie Lee

When Fulton mayors and other local leaders met Downtown on Thursday morning, the first item on the agenda was to talk about how to make property tax assessments, billing and collections go better next year.

The Fulton County Commission froze home assessments at 2016 levels after many taxpayers responded with shock and anger to rises that in some cases topped 50 percent.

County officials told the group of mayors and county commissioners that they’re working on transparency — making it more clear to taxpayers how and why assessments are reset. And they’re working on improving Fulton County’s customer service, including by doing more staff training and considering a performance-based bonus for staff.

But at the same time, there’s talk among policymakers of some kind of cap on how much property tax bills can rise in a given year. The idea could help keep longtime residents’ tax bills from spiking as the economy improves, or when a multimillion-dollar house gets built across the street or when a new commercial or mixed-use building drives up house prices in the neighborhood.

The county is seeing upticks in property value countywide, and “gentrification” is not just a city issue, Fulton County Commissioner Bob Ellis told the mayors.

There are “longtime residents that sit in that footprint that really have a strong desire to have similar protections that other folks in other states have, to know that if my property value, if I’m a long-term resident, and if my property tax values are going up, I know that my tax bill is not going to go up by more than a particular percent,” he said.

Ellis he thinks the idea has some resonance among state lawmakers.

Fulton and Sandy Springs already have a cap on how much taxes can rise, but that cap doesn’t apply to collections for schools.

But it’s too early to formally file any specific bill with numbers and rules to the state lawmakers who would need to approve it.

Roswell Mayor Jere Wood said he thought some kind of cap on rises is a reasonable approach for both the taxpayer and for the city government that has to provide services.

Lawmakers have discussed the idea in the past but never approved a permanent cap. However, next year is special: it’s an election year for every single office under the Gold Dome.

But Legislature aside, Chattahoochee Hills Mayor Tom Reed said the county still has an equity issue.

“So I think the solution to right now is different from the long-term solution,” he said.

The mayors and commissioners regularly hold public meetings like the one Thursday to discuss county policy and how to work together, but it’s still up to cities, counties and the state Legislature to take any official action.