Fulton TSPLOST vote – outside of Atlanta – moves one step closer 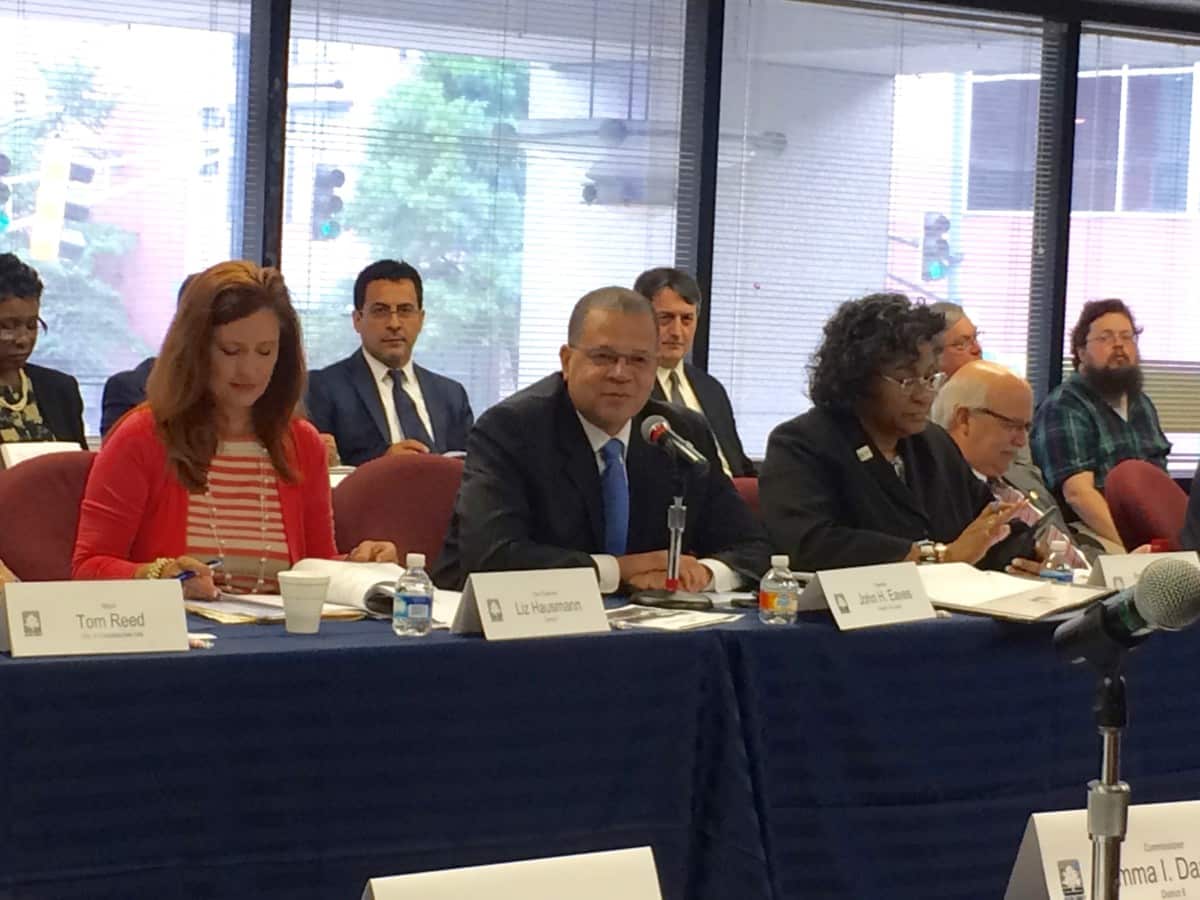 In a spirit of consensus, the Fulton County Commissioners and the mayors of the 13 Fulton County cities, not including the City of Atlanta, reviewed the proposed list of transportation projects that would be covered by a proposed .75 percent of a penny sales tax in a TSPLOST vote on Nov. 8. 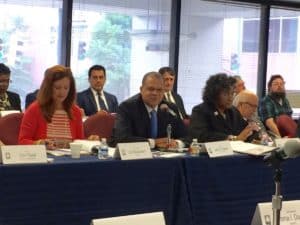 That meeting is happening at the same time as the Republican National Convention in Cleveland, but most of the people present at Thursday’s meeting indicated they could attend the July 20th signing.

Once that agreement is reached, the Fulton County Commission will have to approve a referendum that would be presented to voters on the General Election ballot. The Fulton Commission has a specially-called meeting scheduled for Aug. 8 for that vote.

The commissioners and the mayors then heard a presentation from MARTA officials. Fulton Commission Chairman John Eaves introduced Robbie Ashe, an attorney who is MARTA’s board chairman, by saying: “We certainly want to embrace MARTA.”

But the five-year TSPLOST being considered has virtually no transit funding, and the decision by the mayors and the county to go for .75 percent of a penny would give MARTA a maximum of only .25 during the period of the TSPLOST, if that plan is approved by commissioners, mayors and most importantly the Georgia Legislature.

The reason why Atlanta is not part of the county’s TSPLOST is because it opted to go for an additional half penny tax for MARTA for the next 41 years. Ashe and Ben Limmer, MARTA’s assistant general manager for planning, presented the project list it has for the City of Atlanta. That includes enhanced bus service and expansion of light rail and bus rapid transit along key corridors as well as new infill stations.

Several mayors – Clark Boddie of Palmetto and Vince Williams of Union City – talked about the light rail system they had seen in Dallas during the recent LINK trip and how that could help transform their cities.

Eaves quickly added that the county had not forgotten about transit outside the City of Atlanta. 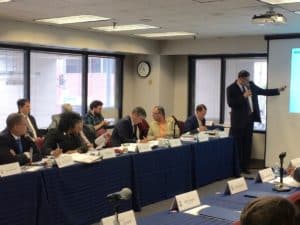 “One of the reasons we are glad to be here, we do remain committed to pursuing the projects to get funding in South Fulton, North Fulton and DeKalb County,” Ashe said. “We are conscious of not trying to interfere with this TSPLOST conversation.”

Roswell Mayor Jere Wood, a big advocate for rail transit in North Fulton, said: “I would hope that after we do get through this TSPLOST (we’ll talk about MARTA). We still have a quarter of a penny available. I hope we go back to the idea of more later on.”

Wood has suggested that after the five-year TSPLOST, Fulton County could increase its contribution to MARTA to an extra half penny.

“I want to echo that,” Sandy Springs Mayor Rusty Paul said. “I would hope that no later than January, we reconvene (to consider contributions for MARTA).”

Eaves then suggested that it probably would be best to get together after the Nov. 8 election but before Thanksgiving to talk about that piece.

Wood also strongly encouraged the county to coordinate a strong educational campaign about the TSPLOST and work with the cities to help sell the idea to prospective voters.”

Meanwhile, Eaves also invited Faye DiMassimo, manager of the City of Atlanta’s infrastructure bond program, said the City of Atlanta is still evaluating the alternatives to go for a five-year TSPLOST for up to a half-penny (in addition to the MARTA tax). The City Council’s Transportation Committee will have a work session on July 14 at 1 p.m., and then it will go to the full City Council for its July 18th meeting.