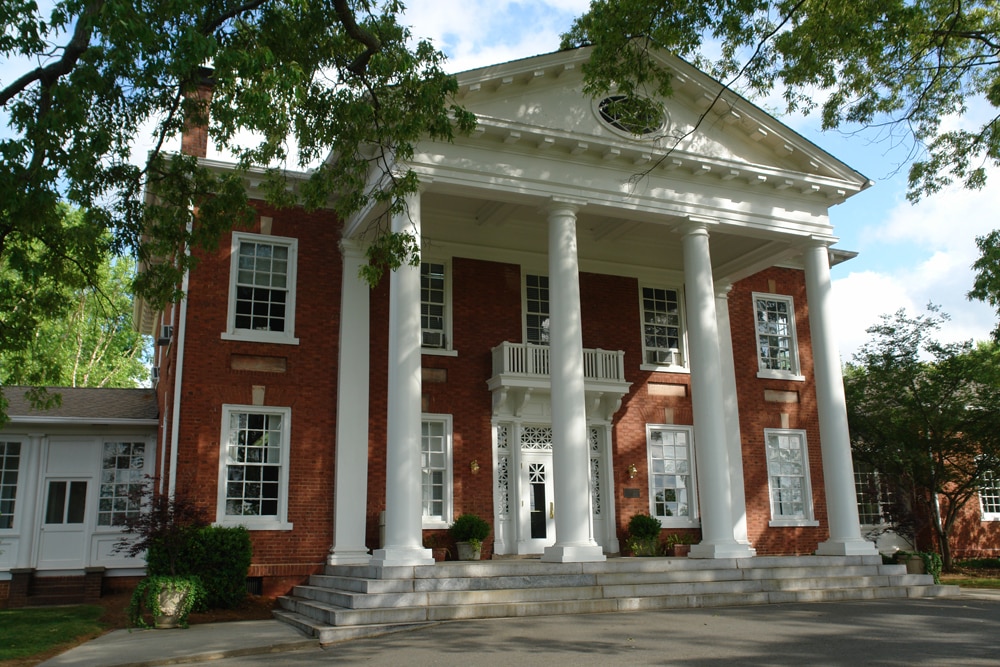 This week, BETH FAROKHI, a retired educator, recounts The Galloway School’s efforts to recognize the historic past of its campus. 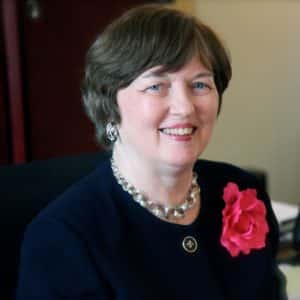 Just as every person has a unique story, every building has a distinctive story to tell. The longer a building stands, the more stories it gathers. The rich memories may be hidden, but uncovering one story at a time brings life into its walls, ceilings, and floors. Walking through the doors or peering through the windows only reveals a small inkling of what treasures are lying in wait. Peeling back the layers of years and occupants and learning what happened within the building from those who witnessed its history brings a structure to life in ways that are surprising and fill the blank pages within its walls.

In the late ’60s, a man named Elliott Galloway had a dream to create a new kind of school, one where students could learn and develop in an environment in which teachers, students, and parents believed that education was centered on respect, responsibility, and the belief that every child could learn. He found a building for the new school high on a hill in Chastain Park in 1969. It was in disrepair, and the Atlanta Ballet and the Theater of the Stars were using part of the building for prop storage. Working with Fulton County, he obtained a lease, and thus began The Galloway School.

I had the privilege of serving as head of The Galloway School for two years, from 2010 to 2012. Each day as I walked onto the columned porch and through the entrance to this magnificent two-story brick building, I passed a plaque that proclaimed the year it was built, 1911. I realized as 2011 approached that this structure, known as the Gresham Building (named for Galloway’s childhood mentor, Dr. Richard C. Gresham) would be turning 100 years old. I gathered together a few faculty and staff members who had an interest in history and/or had been at the school from almost its beginning to discuss ideas about a celebration. 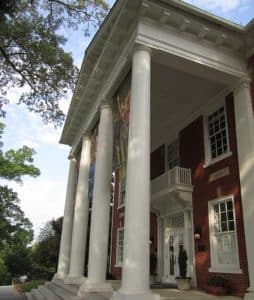 At the first meeting there was excitement. We wanted not only to uncover what had transpired prior to 1969 in this building of wooden floors, wide hallways, high ceilings, foot-thick brick walls, and at least one fireplace — sometimes two — in almost every room, but also to uncover more about its origin and its occupants. One person was interested in the architecture, one person shared what she knew prior to the school’s opening, another wanted to research the newspaper to learn if there was any information about its original completion and opening.

From that moment information began to open up, and the layers began to reveal a vibrant living history.

As it turns out, the Gresham Building of The Galloway School was originally the almshouse of Fulton County. On a cold January day in 1911, the four white pillars that still grace the front entrance welcomed 73 persons, women and men, to the new stately poorhouse. This neoclassical revival structure, built of hand-formed, red-clay bricks, was designed by the Morgan and Dillon architecture firm (during this same period the firm also designed a similar structure on the campus of Agnes Scott College in Decatur and one on the campus of Auburn University in Auburn, Alabama). One wing was designated for men and another one for women, each with a wide porch. A dining hall joined the two wings across the back side of the building. Significant to the building was a large outdoor courtyard enclosed within its center.  Whites resided in this structure, the Gresham Building, while about 50 blacks were housed in a smaller structure, now known as the Chastain Park Arts Center.

The second superintendent of the home was Henry C. Clark. He and his wife, Jessie, lived on the second floor and had five small children with one on the way when Mr. Clark passed away in 1932. Jessie Clark petitioned Fulton County to allow her to stay and take his place, which was unusual (normally the job would have gone to a male). She was able to persuade the county to hire her as the new superintendent. She remarried several years later, and as Jessie Clark Boynton, she remained there until it closed in the early 1960s. (One of our committee members was able to track down her youngest daughter, who now resides in Florida. She shared a wealth of information about the residents, how her mother ran the home and cared for them, and what it was like growing up with dozens of “grandmothers and grandfathers.”) 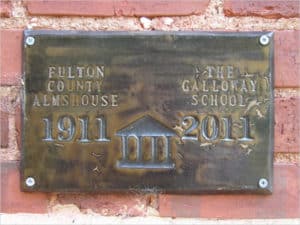 A major snow and ice storm hit Atlanta on the 100th anniversary of the Gresham Building’s opening, so the planned celebration was delayed until spring, when a small handmade plaque was installed on the outside of the building to commemorate its centennial. The committee continued to explore ways to share the learned history in a meaningful way; with the help of others it soon created a walking/listening tour for students, parents, and visitors that brought the past into the present and brought the historical stories to life. In addition, a panel titled “Celebrating Galloway’s History” was created, and the new material was integrated into an existing 40th school anniversary exhibition. The exhibition showcases the restored original doors of the almshouse, which open to reveal a text panel of the history of the building and the people who lived and worked there more than 100 years ago.

Many volunteers, hard work, research, and creativity resulted in uncovering and exhibiting a wonderful historical story that places the building in a significant position not only to The Galloway School but to the entire city of Atlanta and the region. Its significance will only increase in influence with time as its story continues to be told.

Dr. Beth Farokhi, an eighth-generation Georgian, has spent her career in education. She is retired from a 20-plus year career at Georgia State University’s College of Education and served as head of The Galloway School from 2010 to 2012. Beth has a deep love for Georgia and values its rich history. Currently, she is working on a “Women of Georgia” project, chronicling the positive impact of Georgia women in their communities.