Georgia has the most to gain by embracing energy efficiency

By Guest Columnist MARILYN BROWN, a Georgia Tech professor of energy policy and director of Sustainability in the Science and Technology Program.

Nowhere are the stakes higher for the development of an energy policy that leads with energy efficiency than in the South.

The region, comprised of 16 states and the District of Columbia, currently has the greatest dependence on fossil fuels in the nation. With only 36 percent of the country’s population, the South accounts for 44 percent of the nation’s energy use. As the fastest growing region in the nation, increasing demands for power will force even greater dependence if steps are not taken to reduce per capita energy use.

This is certainly true for Georgia. The state derives most of its energy from carbon-intensive and polluting fossil fuels – largely, from coal. And, like much of the South, Georgia’s appetite for energy is growing. Total energy demand in Georgia is projected to increase 15 percent from 2010 to 2030. To meet that growing demand, plans have been laid and financing schemes have been advanced to construct additional coal and nuclear power plants. 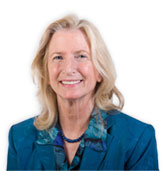 As we move toward elections this fall, I ask our candidates for elected office to recognize a well-documented truth: there is a different option to pursue than our present course of action. This different option offers Georgians a better choice that is far superior in terms of costs to consumers and businesses, the output of Georgia’s economy, jobs creation, and, dare I add, the associated water savings and air pollution benefits that would come from not having to construct and maintain additional coal power plants.

What I am talking about is Georgia’s capacity to a make a giant leap forward over the next 10 to 20 years through what I have come to refer to as the “aggressive adoption” of energy efficiency measures that could transform Georgia’s residential, commercial and industrial sectors as we know them today.

Such a shift would require strong state and local leadership as well as the advancement of national energy policy. It would also require utilities, businesses and each of us to do far more than we do right now as stewards of our energy resources.

To move energy efficiency from its current lowly status as a personal virtue to the transformational powerhouse I know it to be, we need to raise our expectations much higher. This begins by changing our goal from showing that we can do “something” on energy efficiency towards a goal of doing “everything” that is both technically possible and economically cost-effective to advance energy efficiency into every facet of our lives.

The result of such an ambitious effort could transform our state in profound ways, recalibrating our energy outlook from a 15 percent projected increase in energy demand from 2010 to 2030 to a 12 percent decrease in energy demand during the same period. The difference between these two scenarios is equal to the amount of energy produced by 10 (500 megawatt) coal-fired power plants.

Such a giant leap forward would markedly improve Georgia’s standing in relation to its peer states – at least with respect to energy efficiency.

According to the State Energy Efficiency Scorecard released last year by the American Council for an Energy Efficient Economy (ACEEE), Georgia ranked 44th of 50 states and the District of Columbia for its current energy efficiency policies. This contrasts with other Southeastern states like Florida, North Carolina and Tennessee, which ranked 23rd, 26th and 38th, respectively.

Earlier this year, I co-authored a study with a team of researchers at the Georgia Institute of Technology and Duke University’s Nicholas Institute that looked at the Southern United States and examined the South’s energy efficiency potential.

The study, titled “Energy Efficiency in the South,” demonstrated that a broad based set of energy efficiency measures that were both technically feasible and cost effective would reduce utility bills in Georgia by $3.8 billion annually, adding 32,200 new jobs each year by 2020. It is also worth noting the additional benefits of these measures: reduced air pollution, reduced carbon-related emissions and water savings.

There is a better energy future for Georgia and that future begins this election season. I encourage candidates and existing office holders to join me in advancing energy efficiency as a major policy thrust.

Through energy efficiency, Georgia has the opportunity to align itself for success in an increasingly competitive global marketplace. I encourage like minded citizens to show their support at the polls as well as in their actions as efficiency-minded consumers.

Note to readers: Dr. Marilyn Brown is an internationally-recognized leader in the analysis and interpretation of energy futures in the United States. In 2007, Brown was a co-recipient of the Nobel Peace Prize along with former Vice President Al Gore and other members of the Intergovernmental Panel on Climate Change. For additional information on Dr. Brown and her research, click here.