Georgia is a global leader in production of low-speed electric vehicles — such as golf cars and other personal transit vehicles (PTVs).

Since the production of those vehicles are such an important part of our economy, shouldn’t the State of Georgia also be a leader in the use of these vehicles?

They are affordable, environmentally-benign, and they can lessen the impact of high oil prices and our dependence on foreign oil. 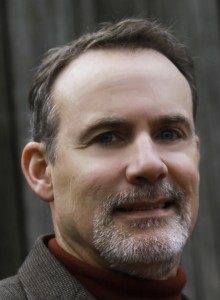 The millennial generations are easily drawn to walkable neighborhoods, and even baby boomers are increasingly attracted to such developments. For many, the American dream of large lot single-family home has become an economic and environmental nightmare, with underwater mortgages and evaporated equity.

This dynamic should also factor into the equation used to plan transportation projects. Pedestrian-scaled, walkable communities are well-suited to the use of low-speed, sustainable transportation.

That is a major reason why the Augusta Greenway Alliance, and Augusta-based nonprofit, is advocating a bill coined the Georgia Alternative, Sustainable Transportation Act (GASTA).

Our older generations can remember a time when students could safely walk or ride bikes to school. Today, we mostly live in subdivisions designed during an era of cheap oil and modest transportation costs, which are highly automobile-dependent, lacking healthy transportation options. In many cases, there actually are ways to mitigate that modern malady.

If successful state-wide, the upcoming, July transportation sales tax votes are expected to raise over $15 billion in revenue for transportation projects.

GASTA could be a strong complement to those projects. Feasibility studies and cost benefit analysis could be performed on select, identified, alternative transportation strategies and corridors.

In other words, let’s continue to look at alternatives that would grow jobs for Georgia, likely cost less, lead to healthier lifestyles, and reduce our collective carbon footprint.

Imagine, for instance, a greenway running along a creek-side green space corridor, linking multiple subdivisions to a school.

Like Peachtree City, high school students and fitness enthusiasts could utilize the Greenway for jogging, biking, golf car transportation or recreation. Owners of low speed electric vehicles could shorten their travel distances and save transportation dollars. The route might even enable the school system to reduce expenditures on school busing.

There are likely scores of such opportunities across the state.

Sustainable transportation is also a natural fit for urban areas and college campuses as a way to relieve traffic congestion, air pollution and the need for parking.

Effective this year, State Bill 240 defined a new class of vehicle, known as a PTV (personal transportation vehicle). Many such areas already have a network of low speed roads, but they need dedicated parking facilities and supporting local ordinances to encourage proliferation of PTV’s. Recharging facilities for electric vehicles would be a nice bonus, to relieve “range anxiety.”

Global forces also exist for us to develop alternative modes of transportation.

I just finished reading an excellent book — Two Billion Cars. It was published in 2009 by the Oxford University Press and co-authored by Daniel Sperling, the visionary director of the UC-Davis Institute of Transportation Studies, and Debora Gordon, another internationally-acclaimed transportation policy analyst.

To briefly summarize the central message:

Based on the current growth rate of automobile proliferation in developing countries, the planet’s roughly one billion autos will reach two billion within 10-15 years.

Imported oil already accounts for roughly half of our nation’s trade deficit, and the average American family now spends roughly 20 percent of its income on transportation, a tenfold increase from a century ago.

According to a 2006 study by the Center for Housing Policies, Atlanta ranks near the top in national rankings of working family household income percentage devoted to transportation, at 32 percent.

Automobile proliferation in developing countries, along with rising transportation costs and environmental awareness are beginning to impact our American lifestyle in a big way.

Georgia, which stands to benefit economically by promoting the use of low-speed electric vehicles, could become and a national and international leader in alternative modes of transportation.

But for change of this magnitude to occur, grassroots support in Georgia is necessary. Passing the Georgia Alternative, Sustainable Transportation Act (GASTA) would be a good place to begin.

Click here for more information about the Augusta Greenway Alliance.

Bob Munger is a Georgia-licensed architect, LEED-accredited professional and certified construction manager. He is founder of the Augusta Greenway Alliance, an Augusta-based nonprofit, and co-chair of the Augusta Branch of Georgia Chapter of the U.S. Green Building Council.