By Guest Columnist ADAM KOVACEVICH, founder of Chamber of Progress.

A bill to slash tech companies’ ability to remove harmful posts, including foreign misinformation, came just short of making it through the Georgia legislature this year. And if the GOP widens its majority, it very well may pass in 2023.

Democrats in Georgia rightfully opposed the measure, but national Democrats are flirting with a bill that would force platforms to host potentially harmful, discriminatory, or violent content. And it would create a breeding ground for foreign election disinformation in the nation’s most competitive state ahead of 2024. The American Innovation and Choice Online Act was introduced as part of an effort to increase competition in the tech sector, but in reality, the bill is music to the ears of foreign agents, pandemic deniers, and those who stand to gain from pushing misinformation. 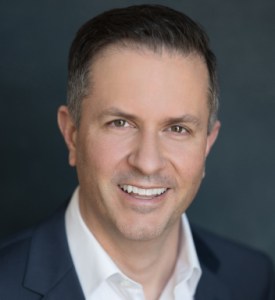 Adam Kovacevich is the founder of a center-left tech industry coalition called Chamber of Progress. Before that, Adam worked at the intersection of tech and politics for 20 years, leading public policy at Google and Lime and serving as a Democratic Hill aide.

The stakes couldn’t be more clear. In the wake of Russia’s invasion of Ukraine, Meta took steps to remove Russian state-run propaganda from Facebook and Instagram. The efforts stopped at least two major disinformation campaigns — one which was propping up accounts posing as fake Ukrainian journalists, and one tied to a Belarussian hacking group.

In this year’s primaries, officials from local election boards have had to fight back against misinformation campaigns attempting to mislead voters. Twitter and Meta have banned false claims about voting times, locations, and eligibility from their platforms.

Together, these are important steps tech companies have taken to make sure their services are having a positive impact on the public discourse. Democrats and left-leaning groups have supported their efforts, even calling for further action to prevent the spread of intentionally false information online. Groups ranging from the NAACP to LGBT Tech recently joined my organization, Chamber of Progress, in opposing laws in Texas and Florida, which, like the proposed bill in Georgia, would have prevented digital platforms from taking down harmful content.

But at the national level, a number of Democrats are pushing for federal regulations that would unintentionally cripple tech companies’ ability to remove disinformation and hate speech.

The tech bill under consideration in Congress would prevent online platforms from taking down harmful content by prohibiting them from discriminating between similarly situated businesses. Thankfully, a handful of lawmakers have spoken up. As the Judiciary Committee considered the legislation, California Sen. Alex Padilla pointed out that the bill would have effectively blocked Apple and Google from taking Parler out of their app store for spreading election misinformation after the Jan. 6 insurrection.

The timing of this misguided proposal is worrying. Georgia will likely be an electoral focal point in 2022, 2024, and beyond. The last two presidential elections were marked by misinformation about results and voting processes, and false information spread by foreign governments and bad actors. These culminated in an organized assault against the government, the extent of which we’ve seen laid bare in the past weeks of congressional hearings.

Stripping social media platforms of the moderation capabilities now would be more detrimental than ever — especially when it comes to protecting election integrity. Anyone who thinks these threats are going away isn’t paying attention.

Democrats have the right idea in Georgia. National Democrats should take note.