Georgia gets more time to work on water conservation; but water wars are not over

If you are sitting back thinking the most recent decision in the Water Wars means Atlanta’s worries are over, turn off that faucet and think again.

Last Tuesday, a three-judge panel for the U.S. Eleventh Circuit Court of Appeals overturned a lower court’s 2009 decision that it was illegal for the U.S. Army Corps of Engineers (“Corps”) to draw water from Lake Lanier to benefit the metro Atlanta area and otherwise relieved Georgia from the “draconian” obligation to work out water issues with Alabama and Florida by July 2012 or be cut off from the reservoir. 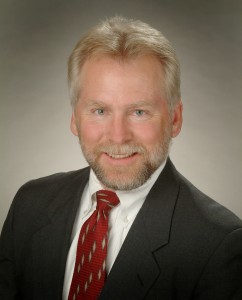 The decision also provides Georgia with a strong bargaining chip in negotiations with Alabama and Florida: the panel specifically recognized that the legislation authorizing Buford Dam anticipated that the metro area would need greater withdrawals from the lake over time, a hotly-contested fact among the three states.

Winning a battle does not, however, mean the war is over.

Alabama Gov. Robert Bentley has already announced he will ask the entire Eleventh Circuit court to reconsider the panel’s decision. If that fails, the decision can—and likely will—be appealed to the U.S. Supreme Court.

Meanwhile, Alabama has asked U.S District Judge Karen Bowdre in Alabama to lift the stay of its lawsuit with Georgia over waters in another basin that provides drinking water to metro Atlanta–the ACT (Alabama, Coosa, Tallapoosa) Basin.

The 11th Circuit decision also places the burden squarely on the Corps to decide, within one year, how to allocate the water in Lake Lanier. The water allocation plan will still impose restrictions on the amount of water that can be withdrawn and allocated to municipal water use.

Moreover, it’s important to remember that it was the failure of the Corps to respond to Georgia’s request that it increase metro Atlanta’s share of water in Lake Lanier in 2000 to help meet the increasing demands of the metro Atlanta area, that re-started the Tri-State Water Wars.

If the past is any indication of the future, it is very likely that the Corps’ water allocation plan will not provide Georgia with unfettered access to Lake Lanier, without a demonstration from the state, and metro area, that it is taking usage of this resource seriously.

For these reasons, and others, Georgia should continue down the path of fully implementing water conservation practices and investment in infrastructure upgrades, while continuing to negotiate for a fair allocation of water usage to all the competing interests in the river basins.

In the metro Atlanta area alone, approximately 652 million gallons of water are used every day and it is predicted that in Georgia’s 16-county Metropolitan North Georgia Water Planning District, the population will increase to nearly eight million by 2030.

Without adequate planning and more efficient use of the region’s water resources, the demands of population growth could lead to exhaustion of available water supplies as soon as 2017.

Accordingly, while last Tuesday’s decision is certainly a plus in Georgia’s column, rather than shouting the “victory” from the rooftops, residents and representatives are well advised to recognize this decision for what it really is: extra time on the clock.

It is time to take accountability for our water usage. We must do this by instituting additional conservation practices in addition to diligent implementation – not relaxation – of the clean water laws protecting our water resources that are critical not only to our economic, but also our personal, well-being.