In February of this year, the federal government and 49 of the 50 state attorneys general announced that they had reached a settlement regarding foreclosure fraud with the nation’s five major financial institutions: Ally Bank, Bank of America, JPMorgan Chase, Citi, and Wells Fargo.

Known as the National Mortgage Settlement or NMS, the agreement calls for the big banks to provide an estimated “$25 billion in relief to distressed borrowers and direct payments to states and the federal government.”

According to language in the settlement, the direct payments to states should “fund housing counselors, provide legal aid, and other similar purposes determined by state attorneys general.” 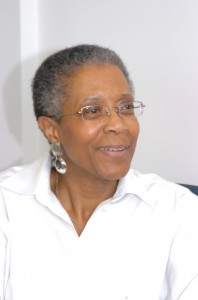 However, NMS does not contain any enforcement mechanisms, allowing some states the leeway to use the money for things entirely unrelated to housing and the foreclosure crisis.

According to Georgia’s Attorney General Sam Olens, the state’s Constitution requires such funds to be deposited in the general fund with the General Assembly responsible for determining how to allocate the money.

Gov. Nathan Deal and the General Assembly decided in the waning days of the 2012 session to divide the money between the Regional Economic Business Assistance (REBA) and the OneGeorgia Authority.

That means that none of the funds will go to address foreclosures, even though Georgia has consistently ranked in the top five of states across the country with the highest rates of foreclosure.

In fact, just last week, Georgia topped the nation in the rate of foreclosures for May.

Unfortunately for many homeowners facing foreclosure and for communities struggling with how to deal with the proliferation of vacant and abandoned properties, they cannot turn to the state to use these funds on their behalf.

According to a Feb. 20th article in the Atlanta Journal-Constitution, RealtyTrac has compiled data revealing that about one in 328 homes in Georgia received a foreclosure notice in January.

Several counties in the metro Atlanta area have experienced high rates of foreclosure and contribute to Georgia’s national ranking: Gwinnett leads the pack accompanied by Clayton, DeKalb, and Fulton.

The housing market played a big part in the metro area’s booming economy and so the drag on the market caused by foreclosures has continued to stymie recovery.

In announcing his plans for allocating the NMS funds, Gov. Deal said that the money would be better in supporting jobs to impact the economy, rather than addressing the foreclosure crisis.

However, since the metro area also has been recognized as the economic engine for the state, one could reasonably assume that some of the settlement dollars would make their way here and have an indirect impact on the number of foreclosures.

But then, one would be wrong. Both REBA and the OneGeorgia Authority will use the funds to attract jobs to rural Georgia. The metro Atlanta area will no benefit from this infusion of dollars into the state, even though the amount of funds the state received was calculated in part on the number of foreclosures in here.

According to the REBA website, “REBA is an incentive program that is used to help ‘close the deal’ when companies are considering Georgia and another state or country for their location or expansion.

REBA funds may be used to finance various fixed-asset needs of a company including infrastructure, real estate acquisition, construction, or machinery and equipment. A local development authority must be the applicant for a REBA application and the application must be supported by a recommendation letter from a state agency, typically the Georgia Department of Economic Development.”

According to the One Georgia Authority website, “The goal of the OneGeorgia Authority is to offer financial partnerships with rural communities to create strong economies in all business sectors, allowing new and existing industries, both large and small, to flourish. OneGeorgia is bridging Georgia’s economic divide by ensuring balanced growth across the state helping to guarantee that all Georgians have access to economic opportunities in their own communities.”

As Andy Schneggenburger, executive director of Atlanta Housing Association of Neighborhood-based Developers noted: “There you have it – both programs very specifically target rural areas, and clearly do not return their investments to the communities most heavily impacted by the foreclosure crisis.”

To combat the continuing foreclosure crisis, Georgia needed all of the $99 million spent on helping troubled borrowers stay in their homes and helping neighborhoods and communities to reclaim vacant and abandoned foreclosed properties.

Cities and counties concerned about stopping the encroachment of blight, the creation of public safety hazards, and falling property values could have used these funds to make a difference. Acquisition and rehabilitation of foreclosed properties does create jobs and would have put these properties back on the tax rolls to benefit the bottom lime of local governments.

The allocation of NMS funds to rural Georgia for “job creation” represents a missed opportunity to help Georgia citizens in both urban and rural areas keep living their American Dream.

Kate Little is the president of the Georgia State Trade Association of Nonprofit Developers (GSTAND), a statewide membership organization of nonprofit affordable housing developers based in Atlanta.