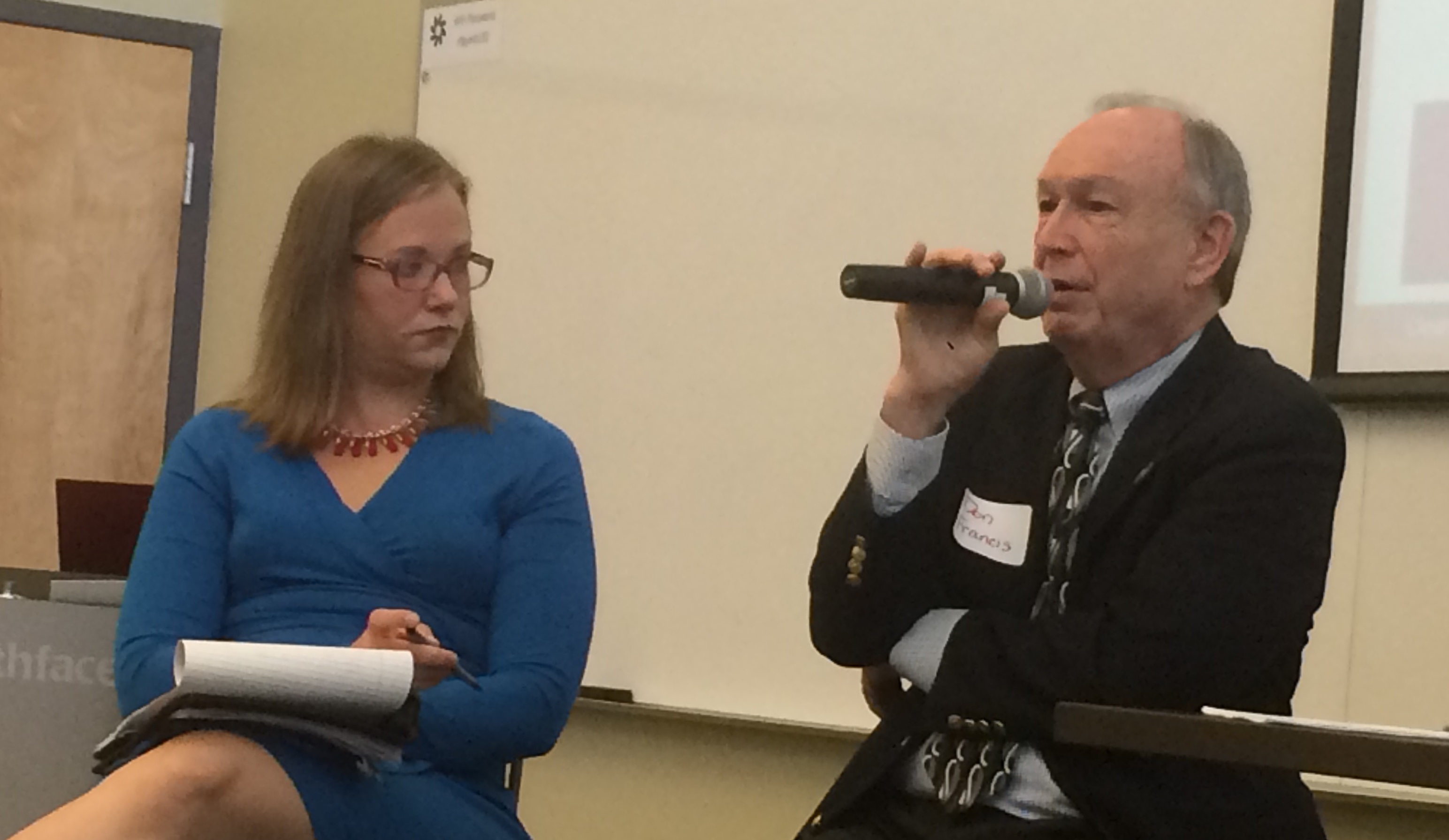 When it comes driving electric vehicles, Georgia has been on the leading edge.

So naturally we needed to put our low-polluting cars in reverse and adopt the worst package for electric vehicles in the country.

When the General Assembly finished its session on April 2, it could boast that it has done more to suppress the adoption of electric vehicles than any other state legislature in Georgia’s past. 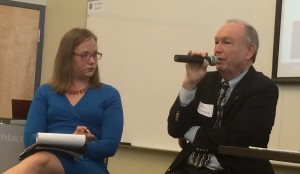 Not only did it decide to kill the $5,000 tax credit to support the purchase of electric vehicles, it added a $200 annual registration fee for all alternative-fuel vehicles (natural gas, propane and electric).

“What a bruising session – I’m licking my wounds,” Don Francis, executive director of the Partnership for Clean Transportation Inc., to people attending the monthly Sustainable Atlanta Roundtable at Southface on April 3. “Georgia has gone from being one of the leaders for incentives to having the highest fee in the country by double.”

Go Georgia – we have managed to go from being among the best to the worse in just one legislative session. 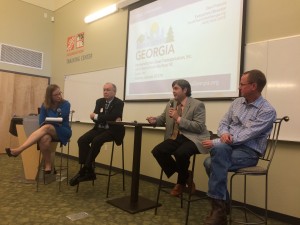 Mandy Mahoney, Don Francis, Steve Bradley and Gray Kelly talk about how Georgia drivers are adapting to the use of electric vehicles (Photo by Maria Saporta)

Forget the enlightened position that it is in the best interest for our state to promote the use of electric vehicles. We in Georgia will now punish the people buying cars that can use clean energy alternatives.

“The most distressing part of the whole event is that the tax credit elimination provides no funding for transportation,” Francis said.

At one time, the thought had been that the EV fee could go to funding transit around the state. But instead all those fees are going into the state’s General Fund – a move that Francis believes will actually will cost the state money in lost sales.

“The incentives for electric vehicles generated revenue for the state,” said Francis, who added that it was Rep. Chuck Martin (R-Alpharetta) who was determined to do what he could to making the electric vehicle more expensive to drive than a gas-guzzling SUV. 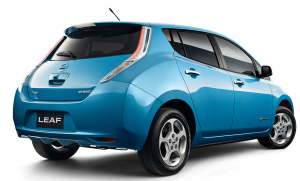 “Last year, we were No. 1 in America in the sale of the Nissan Leaf and No. 3 for electric vehicles,” Reed said while listing the environmental and sustainability successes of Atlanta and the state.

After his speech, Reed was asked how he felt about the state legislature taking away the $5,000 EV tax credit and adding the $200 annual registration fee.

“We need to monitor it,” Reed said. “I think the city and the region has made the shift to electric vehicles. If we see a softening of that, we may have to return to the legislature.”

Other states are offering attractive tax credits for people buying electric cars. Colorado offers a $6,000 tax credit. California has both state and local incentives. Even Texas, which has a state economy that is largely dependent on the oil industry, is offering a generous tax credit for EVs.

“We were one of the best states, and now we’re the worse,” Francis said. “We can’t stand being No. 2. We want to be 49. When it comes to (incentives), we are now the worst in the country.” 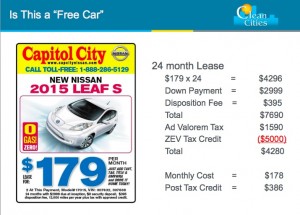 In other words, Francis said Georgians have been able to lease a Nissan LEAF at almost no charge because of the tax credits. The reason why these incentives were introduced in the first place was to try to level the playing field so that people buying electric cars would get an offset for adopting a more expensive technology that would actually be good for the environment and our quality of life.

Jeffrey Cohen, founder and CEO of the Atlanta Electric Vehicle Development Coalition, said that at the end of 2014, there were 16, 349 electric vehicles registered in Georgia.

And the adoption of electric cars in Georgia had been super-charged. In 2014, 10,500 electric vehicles were bought in Georgia or 2.3 percent of all new vehicles sold in the state.

“That made us the No. 2 state in the country based on registrations,” said Cohen, who believes the Georgia Legislature’s actions will kill that momentum. “My prediction is that that will drop down to the national average, which is less than 1 percent of all vehicles sold.”

What is so strange is that electric vehicles and alternative fuel cars have strong supporters – the Georgia Power Co., AGL Resources and the growing number of electric car owners.

And Tesla Motors, which had been made some great inroads in Georgia, is certain to be hurt by the removal of the electric vehicle tax credit couple with the $200 annual registration fee.

So now Georgia has done it again.

We’ve gone from a platform where we proudly could claim to be a national leader and decided to dive head first to the bottom – a place where most of our state legislators feel right at home.