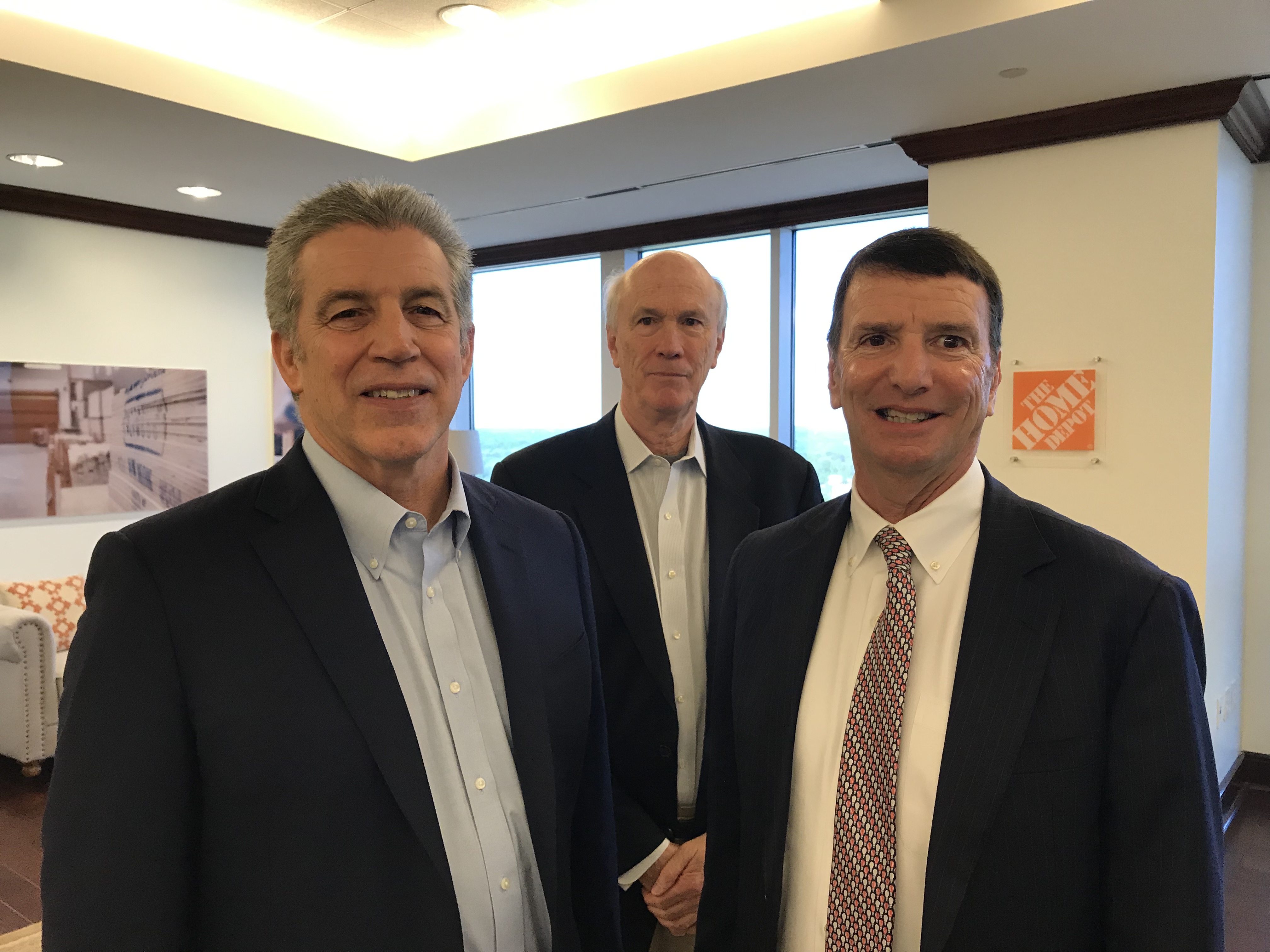 Never before has Atlanta held a birthday party for one of its leading citizens by raising $90 million in his honor.

But on June 9, top Georgia business and civic leaders will celebrate the 90th birthday of Bernie Marcus, the co-founder of The Home Depot Inc. (NYSE: HD), by raising $90 million in his honor. The funds will go towards four Atlanta-based institutions close to Marcus’ heart and soul.

“It’s an ambitious goal,” acknowledged Craig Menear, the current CEO of Home Depot who is one of three co-chairs of the event called “In Bernie’s Honor.” Appropriately the dinner will be held at the Georgia Aquarium, which was built with a $255 million gift Marcus made to Atlanta and Georgia in 2005 and one of the four participating institutions. 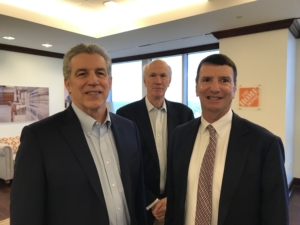 “I can’t think of a better way to say ‘thank you Bernie’ and celebrate all he’s done for Home Depot, the community and Georgia,” Menear added. “It’s a really great way to honor Bernie.”

Although it’s an ambitious goal, the campaign has already raised $82 million thanks to two lead gifts of $20 million each – one from the Joseph B. Whitehead Foundation and the other from Home Depot/The Home Depot Foundation.

Doug Hertz, CEO and chair of United Distributors, who is one of the three co-chairs of the event, said there is a desire to let Marcus know that the community does not take him for granted and that it is important for donors in Atlanta to support the institutions Marcus helped launch.

“The real purpose is to show the appreciation the Atlanta community has for everything that Bernie has done for mankind,” Hertz said.

The impetus emanated from efforts to raise funds for the $115 million expansion of the Georgia Aquarium, scheduled to open in 2020. For Marcus, it was important to know there was community-wide support for the Aquarium and the expansion. Fundraising leaders tested the waters to measure the level of support.

“What was apparent, the community wanted to appreciate the Aquarium,” said Frank Blake, former CEO of Home Depot and current chairman of the Grady Health System. “But what the community really wanted to do was honor Bernie.”

It wasn’t just the donors. Blake said leaders in government, business and philanthropy all wanted to be part of an event that celebrated Marcus and his contributions to the community.

The successful fundraising to date is further evidence of the community’s appreciation for Marcus.

The $20 million pledge from the Joseph B. Whitehead Foundation – one of the Robert W. Woodruff family of foundations – will go to the Marcus Autism Center over the next four years.

“I have got a world of respect for Bernie,” said Russ Hardin, president of the Woodruff and Whitehead foundations. “It will be a nice occasion to celebrate Bernie, all his generosity and the impact he has had at Home Depot and the impact he’s had in Atlanta.”

The Marcus Autism Center was founded by Marcus in 1991. Today it is one of the largest providers in the United States of clinical care for children and families affected by autism spectrum disorders.

Hardin said the gift will further support the work of the Marcus Autism Center, now a part of Children’s Healthcare of Atlanta, under the leadership of Dr. Ami Klin. The center treated more than 4,000 individual patients in 2018, and Hardin said they had “access to the best care and treatment in the country.”

Donna Hyland, CHOA’s president and CEO, said an early detection device developed by Klin is about to go through clinical trials in six different locations. The goal is to get approval by the U.S. Food & Drug Administration in 2020, she said.

“I hope Bernie lives for another 90 years,” Hardin said. “And I hope he gets a chance to spend the rest of his foundation’s assets.”

Marcus, whose actual birthday is on May 12, was the youngest son of poor Russian immigrants. He grew up in a New Jersey tenement, first dreaming of becoming a doctor before becoming a pharmacist and later joining on the retail industry.

The decision to start Home Depot in Atlanta in 1978 changed the course of the region as the company’s growth created a whole new generation of philanthropists. A number of the company’s early associates, initially compensated with generous stock options, became millionaires and multi-millionaires.

“Bernie has done so much for the community because of the success of Home Depot,” Menear said. “Home Depot was a tremendous success story. And giving back has been part of our culture since the beginning. We are so fortunate to have all of our founders and be able to be with them and to talk with them. Not every company can say that.”

In addition to the Georgia Aquarium and the Marcus Autism Center, the 90thbirthday celebration also will support the Marcus Stroke & Neuroscience Center that’s part of the Grady Health System as well as the Share Military Initiative at the Shepherd Center. Both have received significant support from Marcus over the years.

It is estimated that in the last 30 years, the Marcus Foundation, Marcus, and his wife Billi, have given away $2 billion to more than 400 nonprofits.

“A significant amount of that has been invested in Atlanta,” Hertz said. “He’s a world-class philanthropist. We really would like to honor Bernie for all he’s done.”

In addition to the lead gifts from Whitehead and the Home Depot, a number of others have made million dollar gifts and multimillion dollar pledges, according to David Eidson, CEO of the Coxe Curry & Associates fundraising firm.

The dinner also has attracted a Who’s Who list of people who have agreed to serve on the host committee, which is being called “the Home Team.”

“We are optimistic we are going to get to $90 million,” said Hertz, who added there will be 90 table sponsors and several “surprises” at the dinner. “We just want to make sure we are not missing anyone who wants to be part of honoring Bernie.”