Georgia leading with its investments in nuclear and renewable energy

When it comes to reducing greenhouse gases to meet future federal standards, Georgia is ahead of the game.

That was the message that Carol Browner, a distinguished senior fellow at American Progress who most recently served as assistant to President Barack Obama and director of the White House Office of Energy and Climate Change Policy, gave Monday to the Rotary Club of Atlanta.

Browner, who served as administrator of the Environmental Protection Administration for eight years during President Bill Clinton’s administration, said she has become a proponent of nuclear energy, and she supports Southern Co.’s investment in two new nuclear power plants at Plant Vogtle near Augusta. 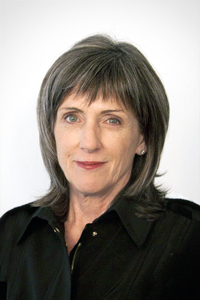 “If you believe carbon production is bad for climate change, you can’t take non-carbon producing energy off the table,” she said. “It’s not responsible.”

As an example, Browner said that Germany made the decision to get out of the nuclear energy business. “They have gone to more carbon-intensive energy sources,” said Browner, although Germany does have a robust renewable program.

“You have made some very wise decisions in terms of renewables and nuclear,” Browner told the Atlanta Rotary Club. “That will bear fruit.”

On the other hand, Browner said Georgia and the United States still have an opportunity to improve their energy efficiency as well as their conservation efforts. When individuals are given information on how they can contribute to energy efficiency, especially if there’s an economic incentive, they respond.

Browner also endorsed the approach that the Obama administration has taken in getting companies to comply with greenhouse regulations. She said the federal government has set the standards but allowed the private market to develop “cost effective ways to regulate greenhouse gases.”

As an example, she talked about the requirement for automobiles to get 54 miles per gallon for the 2025 model year. Car manufacturers already are seeking ways to produce cars that can get that kind of high gas mileage.

Browner was introduced by Coca-Cola Co.’s Clyde Tuggle, who said she has been working with the company’s sustainability efforts.

She, in turn, commended Coca-Cola for its dedication to reducing its global carbon footprint.

Browner also said that she had fond feelings towards Atlanta and Georgia. Beyond helping arrange the financing for the Plant Vogtle expansion, Browner recalled how the EPA was closely involved in the redevelopment of what used to be the Atlantic Steel brownfield site that is now Atlantic Station.

Much has changed in the last decade, she said.

“If we were sitting here five years ago or 10 years ago, we would be having a real different conversation. We would be talking about breaking our dependence on foreign oil,” she said. Now the United States is no longer in that position and now is moving towards exporting natural gas.

Browner said that “25 percent of our baseload energy will likely come from renewables. The price of solar in just five years has dropped 80 percent.”

Although we may have a hard time imagining this, Browner said that it is even changing the equation in the Middle East.

“If things don’t change soon, Saudi Arabia will have to import oil,” she said. “All these changes create an opportunity to not only invest in new technologies but it also allows us to think about climate change.”