Georgia has transportation needs as well as education and healthcare

Rumblings from the Georgia capitol indicate state lawmakers are considering raising money to address transportation problems. That’s certainly an area in dire need of attention in metro Atlanta as well as the rest of the state.

As much as the business community and many in the general public seem to be in accord that Georgia can’t wait any longer to fix transportation, it’s important to keep in mind that the economic health of the state depends on other important public investments, including quality schools and a viable health care system.

Schools across Georgia are underfunded by $750 million in the state budget this academic year, following several years of underfunding to the tune of about $1 billion. 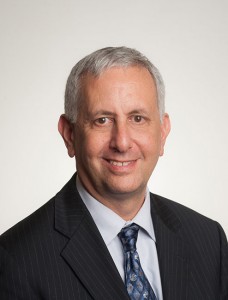 The sensible thing to do to improve Georgia’s economic health is to tackle a few of the state’s biggest challenges head on – at the same time.

Last January the new state budget was unveiled with optimistic predictions that with additional money school districts could undo the lingering effects of the Great Recession. Teacher furloughs could end and school calendars could return to normal. And this school year many districts are, in fact, returning to a full school calendar and furloughing teachers fewer days through this partial reduction in austerity cuts, according to a GBPI survey report last fall.

However, 66 of Georgia’s 180 school districts still balance budgets through furlough days, and students in 49 districts are in school less than the standard 180 days.

Districts should be able to address some of these remaining challenges in the next school year if the proposed budget is approved with the new money. And some districts may be able to increase teacher pay.

But schools are coping with a continuing budget crunch manifested by higher class sizes, loss of school counselors, social workers and media specialists, insufficient textbooks, a lack of technology and other instructional materials, and the elimination of art and music programs.

But so far Georgia’s leaders are not giving reasonable consideration to the unprecedented opportunity to infuse the state’s health care system with billions of federal dollars. That is available money Georgia can use to increase access to health care services for the uninsured while providing a much-needed financial boost to hospitals.

No question, Georgia needs to address its transportation problems too. That effort will require more revenues, an estimated $1 billion or more just to maintain the transportation status quo. Lawmakers could choose to raise gasoline taxes, now among the lowest rates in the country, which was one of the possible options recently suggested by a legislative study committee. The committee offered other viable options that raise dedicated revenues without robbing the budget of some other vital state service.

Education, health care, transportation and a wide range of public services contribute much to the growth of economic opportunity in metro Atlanta and in communities across the state. Lawmakers have at hand sound options to raise revenue in a fair way.

I hope this is the year legislators take bold action and take care of public investments long neglected since the recession prompted budget slashing this past decade.

We have a chance to re-stoke Georgia’s economic engine. The longer we delay making the needed investments, the more we risk falling short of what we can achieve as a state.