Georgia needs leaders who will fight for our water resources

As president of the Atlanta Chamber of Commerce, Ivan Allen Jr. launched a “Forward Atlanta” campaign in 1960 to promote the city’s image and to attract new business and investment.

But, it was three years later in July 1963, after he’d been elected mayor of Atlanta, that Allen took the step that set our city apart from, and ahead of, our sister cities—as a progressive, forward-thinking place good for business and good for all families.

Ivan Allen was the only Southern elected official to speak the truth when he testified before Congress in support of the proposed civil rights bill, knowing that his testimony would prove unpopular among his constituents. He admitted that the South had a problem with segregation and set about to fix it with honesty and a goal of doing the right thing, instead of worrying about the likely political backlash or campaign contributions.

As today’s business and state leaders ponder how the Atlanta region can “get its mojo back”, it may be instructive to channel Allen’s focus on honesty, transparency and inclusiveness. An example of how current policy development differs from Mayor Allen’s approach can be found in how our leaders are planning for metro Atlanta’s water future.

Significant resources have been invested in water planning for the metro region in the past decades, including negotiations to resolve the decades-long water conflict between Georgia, Alabama and Florida.

Yet, there has been no bright defining moment when a leader or leaders have stepped forward to admit openly we have some serious problems — that our region may be approaching its water capacity given its finite supplies; that some sectors continue to use excessive amounts of water; that the lack of trust from those outside the metro region who fear a preemptive grab of their water resources is real and understandable; and, perhaps most importantly, that the high metro growth rates of the early 2000s should not be the basis for future water projections.

Our metro and state leaders have too often blamed, gamed and excluded those who might help resolve these critical issues.

From water task force meetings held in the basement of the Governor’s mansion from which the press was excluded to avoid public attention, to the tristate confidentiality agreement, to the recent passage of the public-private partnership reservoir bill—the appearance is one of backroom deals, a lack of boldness and confidence, and a fear of the truth.

This is the very antithesis of what Ivan Allen stood for and what brought the Atlanta region to national greatness during regional political crisis.

Metro Atlanta is fighting for its water future using an out-of-date demand projection calculated by a California consultant using a methodology that has never been disclosed in detail, and it has resulted in a gross exaggeration of water needs in 2035 at one billion gallons per day.

This projection is based on a computer model that assumes a “high” population and employment growth scenario in Atlanta every single year from 2006 to 2035 with no acknowledgement of the impacts of the economic downturn or the significant gains to be made through water conservation and efficiency. 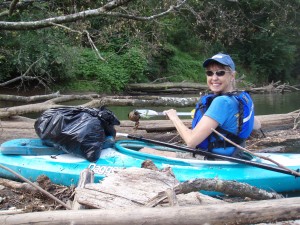 This fantasy is driving the race for expensive and needless water supply projects that we cannot afford but which may financially benefit a few at the expense of the rest of us. This information is well known by those who work on water issues, but no one in power is willing to tell the truth, perhaps for fear of offending those who plan to benefit.

The public-private partnership reservoir bill (SB 122) passed during the 2011 session was driven largely by those who stand to benefit financially from publicly-funded projects that promote new development with amenity lakes—wealthy landowners and developers, engineers, lawyers and lobbyists for these schemes.

This bill was ramrodded through the legislature this year with unprecedented bullying, no opportunity for amendment and few chances to question the bill’s proponents. Only disregard for the truth can explain such undemocratic behavior on the part of many of our elected officials.

Many metropolitan areas in our country are acknowledging a variety of changed circumstances — from the recession and climate change to social and political trends—and they are adapting through honest and open engagement of all the stakeholders. Those places don’t need to worry about getting their “mojo” back.

Who will be our Ivan Allen? What leader will choose to honestly look at the facts about Atlanta’s future and then speak forthrightly about them? Which business and civic leaders will step forward now to speak the truth about our water crisis and other dilemmas of growth, working transparently with all people of good will to reach the solutions that are achievable?

The Upper Chattahoochee Riverkeeper is a 5,000-member environmental nonprofit organization established in 1994. In March 2011, UCR released a new report, “Filling the Water Gap: Conservation Successes and Missed Opportunities in Metro Atlanta,” which can be found at www.chattahoochee.org.