This week guest contributors REN and HELEN DAVIS, Atlanta-based writers and photographers, look at the many public outdoor spaces we have in Georgia and the Depression-era investment that created or preserved them.

By Ren and Helen Davis

Seventy years ago, on April 12, 1945, the nation lost the president who led it out of the depths of the Great Depression and to near certain victory in World War II. When Franklin D. Roosevelt collapsed at his Warm Springs cottage, Georgians also lost a valued friend and neighbor. From the time of his arrival in 1924 to seek therapy for polio in the soothing springs and on through his years in the White House, this scion of wealth and New York aristocracy was transformed by his day-to-day experiences among the people of Warm Springs and Pine Mountain. All Americans, in turn, were forever changed by him. 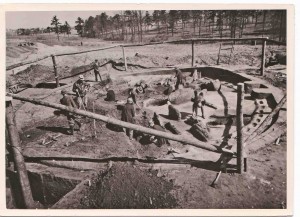 CCC enrollees conducting archaeological work on the earth lodge, used by Native Americans about 1,000 years ago, at the Ocmulgee site near Macon. Today, it is a national monument. Credit: National Park Service

Following his inauguration to the presidency in March 1933, Roosevelt began implementing his “new deal” through a wide array of initiatives to address the Depression’s economic chaos. Among the most popular was the Civilian Conservation Corps (CCC), a program to enroll unemployed single men between the ages of 17 and 25 in “forestry and flood prevention work.” In addition to planting more than 3 billion trees in state and national forests, the CCC would develop or improve nearly 700 state and national parks, leading historian Phoebe Cutler to write in Public Landscapes of the New Deal that today’s state parks are truly a “product of the Depression.” 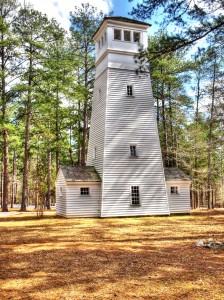 No New Deal program was closer to Roosevelt’s heart than the CCC, as it matched his determination to put people to work with his lifelong dedication to preserving and restoring America’s natural resources. For FDR, it was about far more than planting trees and digging erosion control trenches; as noted by historian John Salmond in his seminal work, The Civilian Conservation Corps, 1933–1942: A New Deal Case Study, the “Civilian Conservation Corps . . . brought together two wasted resources, the young men and the land, in an attempt to save both.” 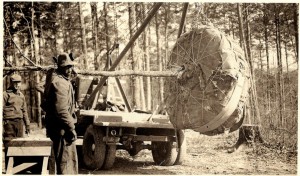 During its nine-year existence, the CCC employed more than 3 million men in 200-person camps located in every corner of the country (given the times, though, nearly all camps were racially segregated). Corps’s ranks eventually included war veterans, Native Americans, and thousands of local experienced men with critical technical skills, hired to train and supervise enrollees in forestry, carpentry, stone masonry, building construction, auto mechanics, electrical work, and dozens of other trades that would prove invaluable for future employment. Recounting his CCC experience at Fort Pulaski National Monument near Savannah, veteran Robert Coursey remarked, “Without the CCC, most of us would have been on the streets getting into trouble. There wasn’t anything else to do.”

Serving six-month enlistments, the men earned $30 per month, with $25 sent directly to support their families. For many, the CCC was life-changing. In addition to learning valuable skills, enrollees experienced teamwork, developed discipline, and fostered a lifelong appreciation for the outdoors. Following the United States’ entry into World War II, the CCC “boys,” as they were often called, would become the “men” of Guadalcanal, Normandy, and Iwo Jima. 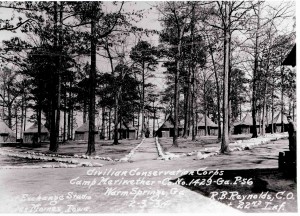 The CCC’s Camp Meriwether in Warm Springs. Enrollees lived here while working on a nearby conservation project. Credit: Georgia Archives

Every region of Georgia benefitted from CCC projects. Between the establishment of the first camp in May 1933 and the closure of the last camp in July 1942, nearly 79,000 men worked in more than 130 camps (about 30-35 at a time). Among their accomplishments were the restoration of forest resources, in part through the establishment of the Chattahoochee National Forest; reclamation of worn-out farmlands; and construction of hundreds of fire towers. 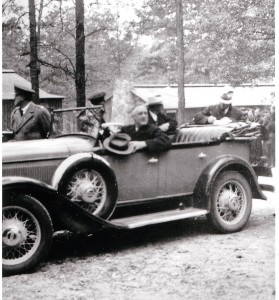 Perhaps, the Corps’s most enduring legacy in Georgia is in parks and recreation areas. For the National Park Service, enrollees built or improved facilities at the Chickamauga and Chattanooga national military parks, Kennesaw Mountain National Battlefield Park, Andersonville National Historic Site, and Ocmulgee and Fort Pulaski national monuments. In the national forest, they developed recreation areas at Lake Conasauga, the Pocket, Lake Winfield Scott, and along the new Appalachian Trail. 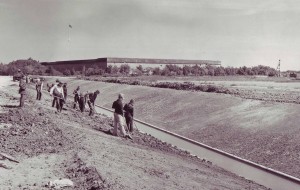 Among CCC projects nationwide, none was dearer to Roosevelt than the park on Pine Mountain. During visits to his Little White House, FDR would often be greeted at the train station by a CCC honor guard, and enjoyed spending time with enrollees and offering advice on projects.

Nearly 75 years after the last CCC camps closed, Georgians continue to reap the benefits. In parks and forests, vacationers still gather in rustic cabins and picnic shelters, hike on well-worn trails, and relax in the shade of trees that have grown old — as have the young men who planted them. The words uttered by President Roosevelt in a speech to the first Corps enrollees in 1933 still ring true: “You are part of a great national movement for the improvement and protection of vast wooded resources of our country. The nation will owe you a debt of gratitude a hundred years hence.”

Information about the CCC’s legacy in Georgia’s state parks and forests may be found at the Georgia State Parks website and the Chattahoochee and Oconee National Forest website.

Ren and Helen Davis are Atlanta-based writers and photographers. They are the authors of Our Mark on This Land: A Guide to the Legacy of the Civilian Conservation Corps in America’s Parks.