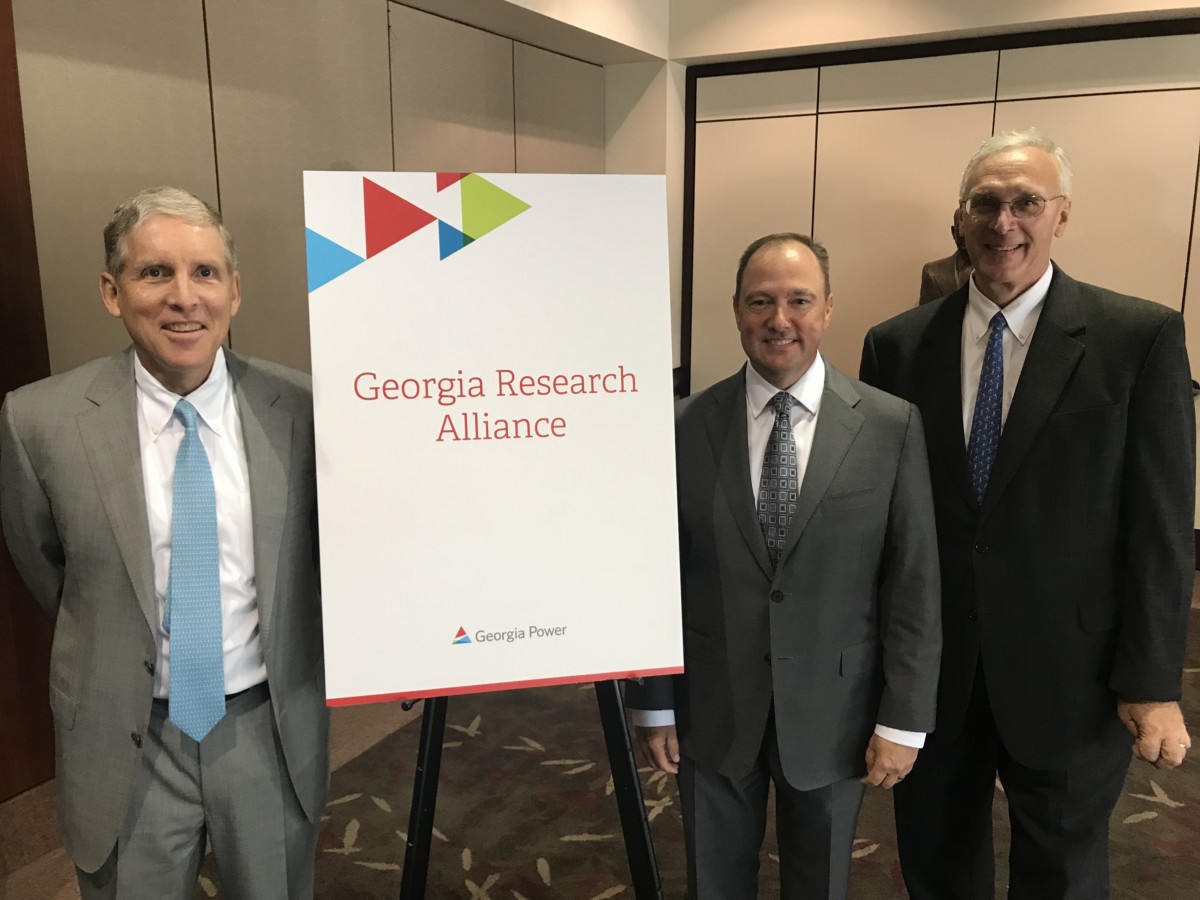 Allen will succeed Michael Cassidy, who has been with GRA for 25 years and served as its president and CEO since 2000.

The board of the Georgia Research Alliance started its quarterly meeting Thursday by going into executive session to name Allen the new CEO, who will come on board Sept. 24. 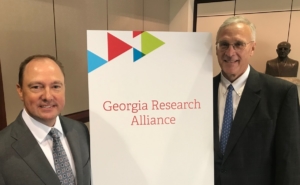 “It’s not going to be easy to follow Mike,” Allen said to members of the high-powered GRA board. “I think we have some exciting times ahead of us.”

Allen mentioned how Georgia Bio and the Georgia Research Alliance have been close partners over the years in efforts to grow the state’s bioscience industry and research capabilities.

“I feel like it’s going to be a natural progression,” Allen said. “We have come a long way to advance our research enterprises.”

Cassidy also thanked the board for its leadership in working with the state to build Georgia’s research universities and investing in new ventures that leverage innovations that have emerged from those universities.

“As I exit, I’m extremely proud of where GRA is,” Cassidy said. “GRA enjoys a very strong national reputation…. I never would have envisioned where this organization is today.”

GRA Chairman Larry Gellerstedt Jr., who is CEO of Cousins Properties, said Cassidy had helped build an “amazing story,” and that he “feels we are just in the early innings.”

GRA was founded in 1990 by a group of premier business leaders that included Gellerstedt’s father and Atlanta developer Tom Cousins. Their goal was to build greater cooperation among Georgia’s research universities. 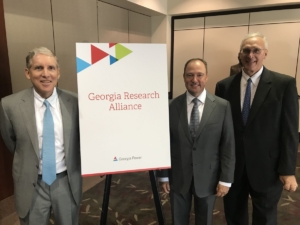 For the past five years, Allen has served as CEO of Georgia Bio, the state’s life science industry association Georgia Bio is charged with promoting and advocating for the interests and growth of medical technology and biopharmaceutical companies.

Before Georgia Bio, Russell served as president and CEO of BioFlorida, Florida’s bioscience association. His earlier career in Georgia includes co-founding and leading a regional partnering and commercialization association, BioSouth, and serving as the first VP of Biosciences at the Metro Atlanta Chamber.

“We are excited to welcome Russell to GRA,” Gellerstedt said. “He brings a wealth of expertise in the bioscience and technology sectors and has experience working together with corporations, universities, and government on a shared mission for growing Georgia’s economy.”

Early on in his career, Russell was a tech entrepreneur and launched one of the country’s first digital marketing and consulting firms, based in Atlanta. Subsequently, he created and led a marketing agency with a focus on healthcare and biotechnology. Recently, Russell partnered with healthcare leaders and the GRA to found the Bio/Med Investor Network, aimed at connecting early-stage biomedical and health innovation companies with angel investors.

Russell currently serves as a director on numerous industry boards and advisory councils and served as chairman of the U.S. Council of State Bioscience Associations.

“Our universities are drivers of innovation and new startups,” said Russell Allen. “GRA has been a tremendous asset to our state for almost three decades; I look forward to carrying on its legacy and helping grow our innovation economy in Georgia.” 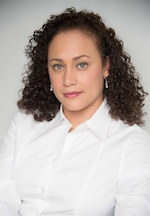 The board of the Georgia Research Alliance includes top business leaders from across the state as well as the presidents of Georgia’s eight research universities: Georgia Tech, University of Georgia, Georgia State University, Emory University, Augusta University, Clark-Atlanta University, Morehouse School of Medicine and Mercer University.

Meanwhile, Georgia Bio has named Maria Thacker Goethe to serve as the its acting president. Goethe has been with the organization for more than 12 years, and she has been serving as vice president of operations. She also will continue in her role as coordinator of the Georgia Global Health Alliance.

Allen said he will continue to be closely involved with Georgia Bio, especially to help it put on its annual Summit on Oct. 9th,where the organization will discuss plans for the future its industry.