Susan Shows, senior vice president of the Georgia Research Alliance since 2008 and with the organization since 2001, has been named its new president by the board of the public-private entity, effective Sept. 1.

Shows succeeds Russell Allen, who has been president of the Alliance since September 2018. Allen has decided to pursue working with a new firm focused on providing commercialization services for life science startups, according to Amanda Schroeder, GRA’s vice president of marketing and community relations. Before joining GRA, Allen served as president and CEO of Georgia Bio for six years.

The 30-year-old Alliance has only had four presidents – William Todd, who was the founding CEO and stayed for a decade; Michael Cassidy, who served in that role for 18 years and is now at Emory University; Allen and now Shows.. 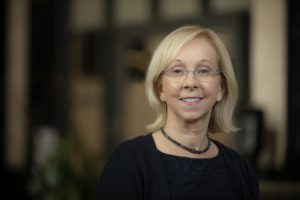 As senior vice president, Shows has managed the Alliance’s $649 million portfolio of investment in talent and technology at Georgia’s leading research universities. In that role, she has been instrumental in helping the universities recruit world-class scientists to Georgia as GRA Eminent Scholars and making strategic investments in lab infrastructure to help them expand their work.

Shows also has been managing much of GRA’s financial analytics, guiding the organization’s long-term strategic planning and providing transparency to the Alliance’s partners in state government. She joined GRA in 2001, and she shaped the organization’s university-based venture development program – recognized nationally for its innovation.

“Susan has launched or led every one of GRA’s programs, and she has the depth of experience and the network of relationships to guide our skilled team,” said David Ratcliffe, chair of GRA’s board. “Her management and leadership have made GRA an exceptionally effective organization, particularly for its small size.”

“As chair of GRA’s audit committee, I’ve worked closely with Susan and have great respect for her fiscal acumen and attention to detail,” saidThomas, partner-in-charge of the southern U.S. region for the law firm Jones Day. “She understands how to get the greatest impact out of state and private investment in the organization, and that ability is crucial to GRA’s success.” 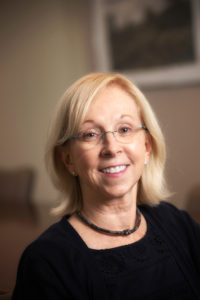 Shows began her career as an industrial engineer at Square D Company in Lexington, Kentucky, and later became part of the company’s start-up team for a new manufacturing facility in North Carolina.

Prior to joining GRA in 2001, she worked at Georgia Tech, where she managed collaborations between the university, federal agencies, and industry. She also served as general manager of ATDC, Georgia Tech’s business incubator.

Shows earned an MBA from Xavier University in Cincinnati and a B.S. in industrial management from the University of Tennessee, Knoxville. She serves as an advisor to regional and national organizations that support translational research and technology-based economic development.

“For 30 years, the Georgia Research Alliance has been invaluable in growing research and entrepreneurship at our state’s universities,” said Pete McTier, GRA’s secretary/treasurer and retired president of the Robert W. Woodruff Foundation.  “Our university scientists have attracted more research dollars and launched more companies around their inventions because of GRA. Susan has provided a sharp mind and steady hand in that work since joining GRA. She is well qualified to lead GRA.”

The GRA’s mission is to expand the capacity of university research in Georgia and to seed startup companies around inventions and discoveries. GRA works in partnership with the University System of Georgia and the Georgia Department of Economic Development, and its board includes some of the state’s top business and civic leaders.