Alan Balfour, dean of Georgia Tech’s College of Architecture, will be stepping down at the end of June 2013.

In a letter emailed to friends, Balfour said he had decided to not seek reappointment after his five-year term runs out next year.

“I look forward to a year hence, to a return to teaching and writing, working much more closely with the imaginations of young designers as faculty in the Common First year,” Balfour wrote in the email. 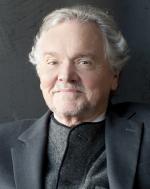 Meanwhile Balfour said he would do “all I can to advance the College of Architecture” in the coming year. In the fall, the college will mark the 60th anniversary of the East Architecture building, and Balfour said he plans to continue the series of restorations to preserve the elegant Modernism found in these spaces.”

Before coming to Georgia Tech in 2008, Balfour was architecture dean and Rensselaer. He was formerly chairman of the Architectural Association in Long, and dean of architecture at Rice University in Houston.

“Georgia Tech has benefited greatly from Dean Balfour’s bold vision for education and research in the designed and built environment as well as in music and the arts,” said Rafael L. Bras, provost and executive vice president for Academic Affairs at Georgia Tech, in a news release. “His leadership has initiated Georgia Tech’s recognition as a center of cultural and creative activity in the region.”

Terry Blum, professor in Georgia Tech’s Scheller College of Business and director of the Institute for Leadership and Entrepreneurship, will chair the search committee for a new dean. Georgia Tech will engage a higher education search firm to provide support in conducting an international search.

During his tenure, Balfour reorganized the College into five schools: Music, Industrial Design, City and Regional Planning, Building Construction and Architecture, greatly enhancing the visibility and distinct character of each. He also elevated the College of Architecture’s focus on research and spearheaded three new PhD programs in Music Technology, Building Construction, and City and Regional Planning.

Balfour led the $9.5 million renovation of the Hinman Research Building, which received dozens of prestigious awards including the ARCHITECT Magazine’s P/A (Progressive Architecture) Award, Interior Design Magazine’s Best of the Year Award and the University System of Georgia Sustainability Award.

Previous Article
City of Atlanta in a sunny place for population growth; But there’s a catch
Next Article
FAA & airport concessions: Mayor to rule on alcohol license of ally’s firm stripped of DBE status