Georgia Trust unveils its 2012 list of 10 Places in Peril

The Georgia Trust for Historic Preservation — hoping to bring new life to 10 special places in the state — has come out with its latest “Paces in Peril” list.

The 10 historic locations are sprinkled all over the state — from Rutherford Hall at the University of Georgia in Athens to Chattahoochee Park Pavilion in Gainesville to the W.W. Law House in Savannah to the Secondary Industrial High School in Columbus.

The 2012 Places In Peril list includes the historic railroad buildings including AMTRAK’s Brookwood station on Peachtree street to the 1912 Norfolk Southern buildings next to the gulch in downtown Atlanta.

The Georgia Trust has been putting out a “10 Places in Peril” since 2006 — hoping to shine the spotlight on buildings or places that need to be preserved and restored.

“We try to use the publicity and increased awareness we are going to receive during this year to capture as much energy as we can around the site,” said Mark McDonald, president and CEO of the Georgia Trust, which was founded in 1973.

The organization keeps a scorecard of how well its “Places in Peril” have fared since being placed on the list.

“We have saved 26 sites, lost three and reported no meaningful resolution on 31,” McDonald said. “For our preservation partners, staff and board, this means we have at least 41 sites, including this year’s sites, which continue to challenge us.”

The Georgia Trust establishes a case file on each of the places it has put on its lists. It works with owners, individuals, organizations and communities to use preservation tools, financial resources and partnerships to help reclaim, restore and revitalize the historic places that are in peril.

Among the tools at the Georgia Trust’s disposal include the use of its revolving loan fund as well as providing design expertise, consulting services and strategic guidance to help find a solution that preserves the historic place.

“We have different strategies for every property, and there’s a tailored strategy for each place,” McDonald said. “We have a solution in mind for each one. It may not be where we end up.”

The Georgia Trust will premier its 2012 list of the “10 Places in Peril” at a reception Tuesday, Oct. 25 at its home of Rhodes Hall on Peachtree Street.
Here is the 2012 list: 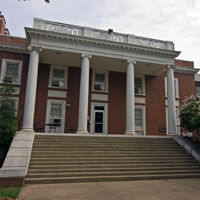 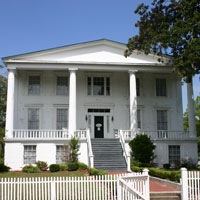 Built sometime between 1829 and 1839, this Greek Revival house is located near the ferry landing that takes visitors to Cumberland Island and is an iconic building for the City of St. Marys. The building was purchased by the City in 1965 and has been used as a museum since. The City would like to continue providing funds for the building’s restoration and maintenance, but it is currently overextended financially and is postponing repairs to the building.

The building is in need of exterior and interior repairs that include several structural problems. Orange Hall operates as a house museum but creates little revenue. 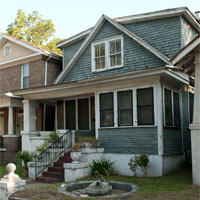 Located in Savannah’s Cuyler-Brownsville Historic District, this house was the home of Westley Wallace Law. Law was a leader in the Civil Rights Movement for Savannah and served as president of the Savannah chapter of the NAACP for 26 years. The W.W. Law House has strong community support from different stakeholders within the Savannah area and nationwide. The house contains an enormous collection of periodicals, books and other important documentary material whose weight has damaged the structural integrity of the building.

The property has been vacant for nearly a decade and is suffering from a lack of maintenance and severe structural issues. The home’s interior requires extensive rehabilitation. 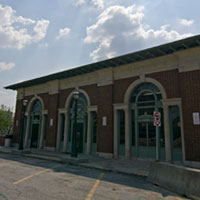 The development of the railroad was a leading force in Atlanta’s growth and prosperity in the 19th and early 20th century. With the demolition of Atlanta’s Union and Terminal Stations, Georgia’s capital lost much of its railroad legacy. Many railroad structures in Atlanta are vacant and have no current plans for reuse.

Neglect and abandonment threatens many of these resources. AMTRAK is planning to move out of Peachtree Station. 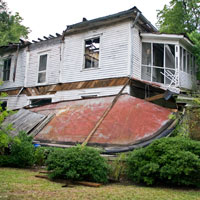 As part of the Milledgeville National Register Historic District, Liberty Street contains some of the best preserved and unique examples of ante- and post-bellum architecture within the city. Notable examples include the Homestead and Orme-Sallie House, constructed with elements of the Federal and Greek Revival styles. These large private residences are noteworthy for their quality of detail, design, and historic character.

Many locals are concerned that these single family homes will be converted into student housing, losing their historic fabric and perhaps falling into disrepair. Currently there are several homes for sale on Liberty Street. Existing city ordinances are designed to dissuade the conversion to multi-family homes, but residents of Liberty Street believe that the legislation contains too many loopholes. 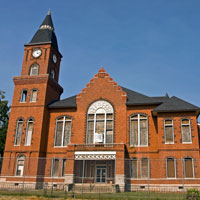 Built in the 1880’s, this masonry courthouse located on the town square of Cuthbert was built in the Dutch Romanesque style, which is unusual for Georgia. With the construction of a new judicial center for Randolph County, the functions of the courthouse were relocated. The county is working with the architectural firm of Lord, Aeck & Sargent to redevelop the building as offices for many municipal functions including a welcome center, chamber of commerce, soil conservation lab and event space. The county is performing the restoration in phases, using prison labor. The courtroom benches have been restored as part of a rehabilitation program that trains prisoners to refinish furniture.

Randolph County Courthouse has fallen into disrepair. Large amounts of timber framing in the building need repair due to extensive termite damage. 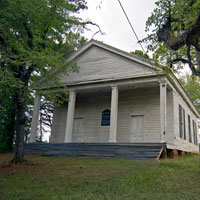 Located in Hancock County, approximately seven miles north of the town of Sparta, this 1813 Greek Revival style building is all that remains of the once-thriving community of Mt. Zion. The former Presbyterian Church is owned by the Sparta-Hancock County Historical Society, which would like to rent it to create revenue for future maintenance of the building.

Mount Zion Church needs exterior and interior repairs. Its remote location makes it particularly susceptible to vandalism. The building has neither restroom facilities nor electricity. 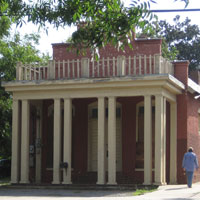 Built in the late 19th century, this masonry building was the company store for Crown Cotton Mills in Dalton. Although there were earlier fabric mills in the area, Crown Mill was the leading producer of the muslin cloth that was vital to the area’s chenille cloth industry.
This building served as the general store for the employees and residents of the surrounding mill village.

The Crown Mill Store is vacant and in need of restoration. The City of Dalton owns the building and is working to redevelop the Crown Mill area into an art and culture overlay district. With support from the City, the Whitfield-Murray Historical Society plans to restore and operate the building as a local history museum. 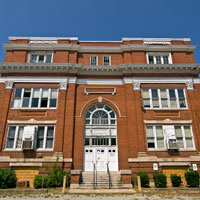 Centrally located in the Waverly Terrace community of Columbus, this Beaux Arts masonry school building was constructed in 1906. It was the first school in the nation to combine vocational and academic courses in a public school system. The Muscogee County Board of Education has voted to use a special option local sales tax to redevelop the building to house alternative education programs. Secondary Industrial School’s rehabilitation could have a catalytic effect on the surrounding community and its revitalization.

Redevelopment plans have been halted as funds for the rehabilitation of the building may not be available for five to ten years, leaving the building vacant and susceptible to further decay. 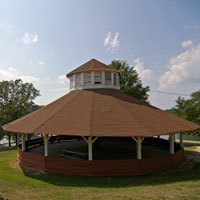 Built at the turn of the 20th century, Chattahoochee Park Pavilion was used as an entertainment venue in an amusement park called Chattahoochee Park, built on the banks of what was then Lake Warner. Georgia Power purchased the facility in 1923 and operated it as an employee retreat until 1955. When Lake Lanier was completed in 1958, most of the buildings of Chattahoochee Park were covered by water, leaving behind a sole pavilion building. This wood frame structure, which features an intricate roof trussing system, is owned by the American Legion Post 7 of Gainesville.

The pavilion has a large amount of rotting timbers that are in need of repair and replacing.

To find out more about the Georgia Trust, click here.