It has become one of Georgia’s most-anticipated lists — the Georgia Trust for Historic Preservation list of “Ten Places in Peril” across the state.

The 2013 list, the eighth annual list, was released on Wednesday morning. It includes a golf course, a log cabin and a rest stop. But the common theme among the 10 places is that the Georgia Trust hopes that by shining the spotlight on these historical locations, it will enhance the chances that they will be preserved.

“We hope the list will continue to bring preservation action to Georgia’s imperiled historic resources by highlighting 10 representative sites,” said Mark C. McDonald, president and CEO of the Trust.

The list was designed to raise awareness about Georgia’s significant historic, archaeological and cultural resources, including buildings, structures, districts, archaeological sites and cultural landscapes that are threatened by demolition, neglect, lack of maintenance, inappropriate development or insensitive public policy.

Once a site has been put on the “Places in Peril” list, the Trust encourages owners, individuals, organizations and communities to work on tools to “reclaim, restore and revitalize” historic places in Georgia.

The Trust’s track record is mixed. One place that had been put on a previous list was Rutherford Hall at the University of Georgia in Athens. It was demolished in June 2012 despite popular support from students, residents, alumni and the preservation community;

On a positive note, the Chattahoochee Park Pavilion in Gainesville, received $25,000 in building materials after the Gainesville City Council voted in July to restore it. The John Berrien House in Savannah recently was purchased by a descendant who plans to rehabilitate the house and use it for both commercial and residential space.

A full update on the “Places in Peril” on previous lists can be found at www.georgiatrust.org.

The Georgia Trust for Historic Preservation, founded in 1973, is one of the country’s largest statewide, nonprofit preservation organizations. It generates community revitalization by finding buyers for endangered properties acquired by its Revolving Fund; provides design assistance to 102 Georgia Main Street cities; encourages neighborhood revitalization; trains teachers in 63 Georgia school systems to engage students to discover state and national history through their local historic resources; and advocates for funding, tax incentives and other laws aiding preservation efforts.

The Trust will premiere its 2013 list of the 10 Places in Peril in Georgia at a 6 p.m. reception Wednesday evening at Rhodes Hall at 1516 Peachtree St. N.W.

Summary Information on each of the 2013 “Places in Peril” Site 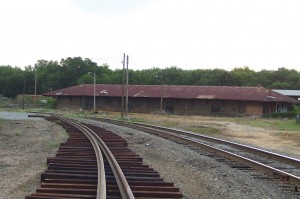 Built in 1857 by Nelson Tift, the founder of Albany, Ga., to guarantee the extension of the rail line to Albany, the Tift Warehouse is Southwest Georgia’s only remaining antebellum brick railroad depot.

The construction of a larger depot in 1910 caused the building to be repurposed as a wholesale grocery warehouse; those modifications contributed to its susceptibility to flooding and moisture problems. Early changes to the rail yard’s topography and configuration further contributed to the warehouse’s frequent flooding.

These flooding episodes and continual issues with rising damp and moisture infiltration have compromised the stability of the warehouse’s masonry walls. 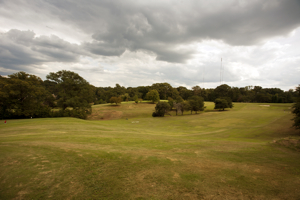 Coca-Cola founder Asa Candler donated 55 acres of land in northeast Atlanta to be used as a public park by the city in 1922. The land included a nine-hole golf course designed by landscape architect Helen Smith.

Smith was hired by Candler to design the course for his daughter because women were prohibited from playing on the Druid Hills course that Candler frequented.

In recent years, the city has leased operations of the golf course to a managing company; however, with low revenue and dwindling use, Atlanta’s Department of Parks is considering closing the historic golf course. 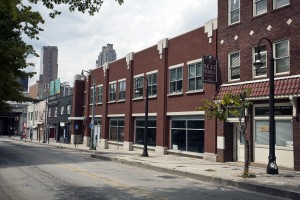 The birthplace of the Civil Rights movement, Sweet Auburn was once a thriving community that exemplified African American success in the South.

Its businesses, congregations and social organizations provided a refuge for many black Atlantans.

Though recent rehabilitation efforts in adjacent residential neighborhoods have been successful, the effect of hard economic times has continued to plague the commercial district, leaving many significant buildings vacant and vulnerable to demolition or incompatible redevelopment. 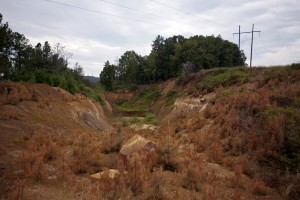 From 1867 until 1945, the Dobbins Manganese Mine provided manganese ore, essential to the manufacturing of iron and steel. Manganese ore was used in the steel mills and served the nation’s industrial needs during both World Wars.

The remains of this open-cut mining site are uniquely illustrative of the industrial heritage of the region and Georgia. The Dobbins Mining Landscape was recently deemed eligible for listing in the National Register of Historic Places; it is a rare example of an undisturbed historic mining site and no other manganese mine is currently included in the Register.

The Georgia Department of Transportation proposed a new highway project to facilitate traffic from I-75 to Rome, known as the US 411 Connector. As planned, the connector will course directly through the cut of the Dobbins mine. 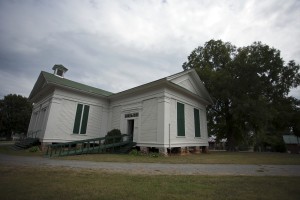 Constructed in 1858-59, Stilesboro Academy’s grand opening was celebrated with a picnic on the first Saturday of May in 1859, a tradition the community has continued for the past 153 years.

The school was occupied by the Union Army in 1864 and spared by Sherman. The school was saved again in the 1930s when the ladies of the Stilesboro Improvement Club raised money for the Bartow County School Board to purchase new lumber for a modern school, rather than demolish Stilesboro Academy and reclaim its lumber.

The Stilesboro Improvement Club remains the caretakers of the Academy, but with a dwindling membership, the building’s continual maintenance poses a challenge. 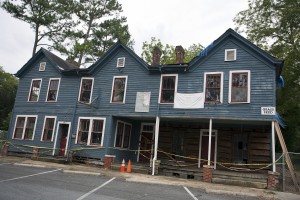 The Cave Spring Log Cabin was discovered two years ago when layers of clapboard siding on a larger structure built around the cabin were removed.

The well-crafted log building likely dates to the early 1800’s, the frontier days of the Cave Spring settlement. When the log structure was uncovered, the Cave Spring Historical Society purchased the building to save it from destruction.

Almost 200 years old, the Cave Spring Log Cabin is suffering from deterioration; some of the original foundation timbers have decayed beyond repair. Now that the log structure is more exposed, the structure will deteriorate further without some intervention and stabilization work. 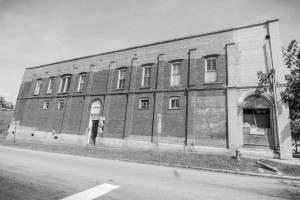 Since then the building has served as a general store, and more recently, a hair and beauty supply store.

The building’s roof and rear wall are significantly damaged. Efforts have been made to temporarily mitigate these problems, but a full rehabilitation is required. 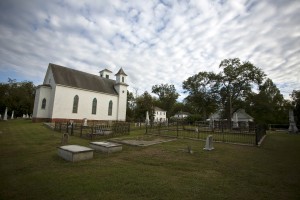 Built in 1893, the Lexington Presbyterian Church is home to the oldest Presbyterian congregation in Northeast Georgia.

The Lexington Church congregation has dwindled to less than 10 members and is preparing for its dissolution. The church building is in disrepair and declining.

Efforts to maintain and repair the structure proved to be inadequate in the face of accelerating damage and deterioration which are beyond the resources of the small congregation. 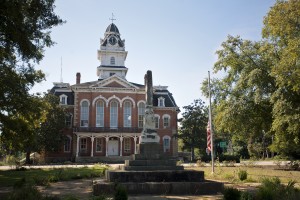 The 1883 Hancock County Courthouse was the third courthouse to be built on this site since the town of Sparta was founded in 1795. The magnificent Second Empire style building was designed by the prominent Atlanta architectural firm of Parkins and Bruce.

The courthouse anchors the essential center of historic Sparta and has been the site of numerous historic trials and events.

The courthouse is still in use but suffers from lack of funding for maintenance and preservation. 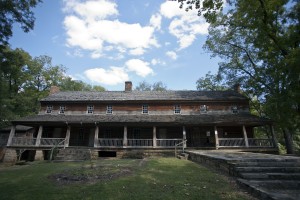 Built in 1815 as an inn for travelers on the historic Unicoi Turnpike and later used as the headquarters of a 14,400-acre plantation, Traveler’s Rest has been owned by the state since 1955.

Due to budget cutbacks, the Department of Natural Resources is only able to open the National Historic Landmark site once a month.

The Friends of Traveler’s Rest funds three additional days of operation per month. Limited use and decreased tourism has resulted in decreased revenue and deferred maintenance.