The Georgia Trust for Historic Preservation today released its 2014 list of its 10 “Places in Peril.”

The 10 places are located in all corners of the state, but not one of places on the list is located in metro Atlanta.

“This is the Trust’s ninth annual ‘Places in Peril’ list,” said Mark McDonald, president and CEO of the Trust. “We hope the list will continue to bring preservation action to Georgia’s imperiled historic resources by highlighting ten representative sites.”

“Places in Peril” is designed to raise awareness about Georgia’s significant historic, archaeological and cultural resources, including buildings, structures, districts, archaeological sites and cultural landscapes that are threatened by demolition, neglect, lack of maintenance, inappropriate development or insensitive public policy.

Through the list, the Trust will encourage owners and individuals, organizations and communities to employ proven preservation tools, financial resources and partnerships in order to reclaim, restore and revitalize historic properties that are in peril.

The Trust can point to several successes by shining the light on those 10 endangered places every year.

Sites that have been on previous lists include:

Updates on these sites and others can be found at www.georgiatrust.org.

The Georgia Trust for Historic Preservation, founded in 1973,  is one of the country’s largest statewide, nonprofit preservation organizations. The Georgia Trust generates community revitalization by finding buyers for endangered properties acquired by its Revolving Fund; provides design assistance to 102 Georgia Main Street cities and encourages neighborhood revitalization; trains teachers in 63 Georgia school systems to engage students to discover state and national history through their local historic resources; and, advocates for funding, tax incentives and other laws aiding preservation efforts.

Summary Information on each “Places in Peril” site 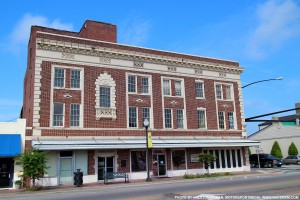 The Sowega Building is a prominent building in downtown Adel, which Life magazine named the watermelon capital of the world in a 1930s article. It was built in 1929 for the Southwest Georgia (Sowega) Melon Growers and uses watermelons as a design motif. In recent years, the building was home to Del-Cook Lumber Co., the largest producer of lumber from longleaf pine in the world. It is currently owned by the Adel-Cook County Chamber of Commerce. 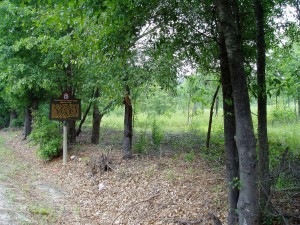 The Blackshear Prison Camp was established in 1864 as a prisoners-of-war station for Union soldiers during the Civil War. The camp housed more than 5,000 inmates transferred between nearby Millen and Andersonville to avoid potential liberation by Sherman’s forces.

The property is currently zoned for residential use, and several houses have been constructed over a portion of the original camp throughout the past ten years. The remaining undeveloped portion of the site is currently privately owned and unprotected from development. 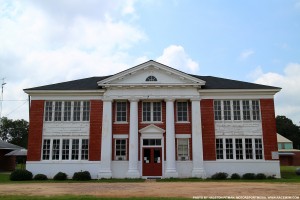 Chauncey was the first city in Georgia to issue bonds to construct and equip a modern school building. As a result, the Chauncey School was built in 1914 on a budget of $10,000. The building featured six classrooms, a state of the art science laboratory, and a regal auditorium.

Though fundraising efforts on the part of the community have been successful, the town of Chauncey has been a victim of hard economic times and requires assistance to further preserve the school building. 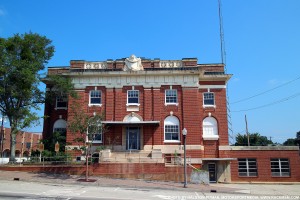 Constructed in 1910, the Griffin City Hall was designed by Atlanta architect Haralson Bleckley in the Beaux Arts style. The building served as a fire station, courtroom and city hall.

Prior to being vacated several years ago, the building’s interior was altered several times to adjust to the changing needs of the city. Currently home to birds and other pests, the interior has significant water and plaster damage. The building is for sale and developers are being sought. 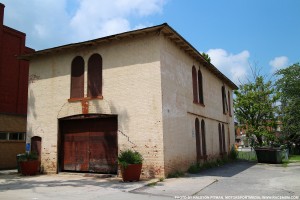 Constructed in 1917, the Hawkinsville Firehouse is a contributing property to Hawkinsville’s Commercial and Industrial Historic District, listed on the National Register of Historic Places.

Vacant since 1975, the firehouse suffers from deterioration due to neglect and the deferment of maintenance resulting from a lack of funding. Despite efforts made by the community to stabilize the structure, it displays evidence of brick spalling and deterioration, as well as severe damage to the roof and soffits.

Built in 1850, the Kolb Street House in Madison was once used as a Civil War prison camp for Union soldiers who were captured during the battles of Shiloh and Murfreesboro. Later the property was used as a Confederate hospital and was occupied presumably by Confederate doctors.

The house experienced deferred maintenance over the past several years and is in need of roofing and structural repairs. Vandals have entered the house, destroying windows and causing considerable damage to the interior.

Church of the Purification of the Blessed Virgin Mary, Sharon, Taliaferro County 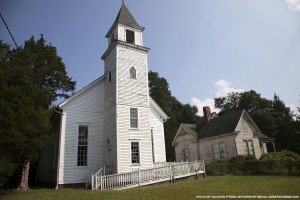 Built in 1883, the Church of the Purification of the Blessed Virgin Mary was successor to the first Roman Catholic parish in Georgia which was established in Locust Grove in 1800. Several notable Georgia families attended the Church of the Purification, including former state governor Alexander Stephens and the Fitzgerald family, related to Margaret Mitchell on her maternal side.

Due to dwindling congregation size, the Church has been classified as a station church which offers mass one day per month and on special occasions. Suffering from lack of funds, the structure is in dire need of rehabilitation, most notably of the foundation and bell tower. 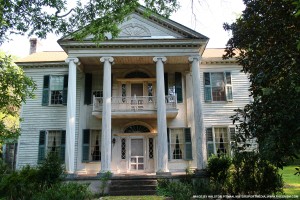 Many of these properties suffer from neglect and lack of maintenance. Aided by the proximity of I-85, industrial growth and land development have increased in Troup County, contributing to a heightened threat of demolition development of historic houses on large tracts of land. 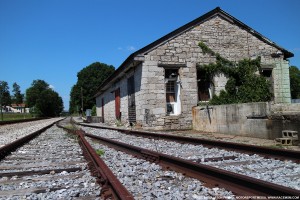 The W&A Railroad Depot was constructed by the State of Georgia between 1848-1850 as part of the Western & Atlantic Railroad. The site witnessed many important events during the Civil War: a speech by Jefferson Davis in 1861; the Great Locomotive Chase of 1862; several Civil War skirmishes; and the first headquarters of General Sherman during his Atlanta Campaign. The building is currently part of the Western & Atlantic Railroad Tunnel and Museum Site; however, it has yet to be restored and as a result is not open to the public.

Structural damage including mortar erosion, the lack of an overhanging eave, and cracked lintels over the original freight door openings are contributing factors to the overall deterioration of the building. 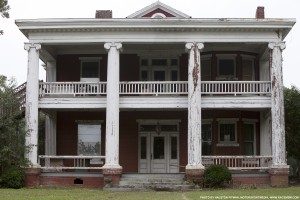 Built in 1915 in the Neoclassical Revival style for the family of Dr. H. R. Marchman, the Connally Marchman House is a contributing structure within the North Villa Rica Residential Historic District. Joyce Connally, Dr. Marchman’s granddaughter, lived in the house for many years, and during the 1970s, served as the mayor of Villa Rica. To date she remains the only female to hold that office.

The Connally Marchman house is still in use but suffers from lack of funding for maintenance. There has been considerable structural damage to the building, including the second floor being deemed unsafe by the fire marshal and a recent infestation of carpenter bees.