Georgia’s internationally-known music industry is big business, and our creative community is unmatched. Based on 2009 data, there were 19,955 jobs in the state because of the music business. “Economic and Fiscal Impact Analysis of the Music Industry in Georgia,” recently published by noted Ph.D. in Economics, B. William Riall, also put state and local government tax receipts at $314 million.

Sounds like a nice contribution to the state’s overall economy, so what is the problem? 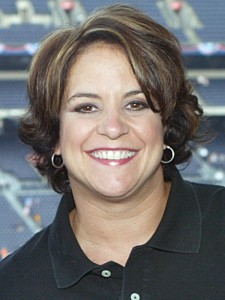 1. Other states, such as Louisiana, are doing a far better job attracting and growing music businesses. For example, Louisiana’s music credit incented our own R.E.M. to record in New Orleans, rather than in Athens or Atlanta. This is only one example of business we have lost that should have been here.

2. The way music is produced, recorded and distributed has changed the traditional model. Music technology is now one of the fastest growing segments of the music business in the world. That means businesses in Georgia have to invest in technology to stay current or risk losing even more business.

4. The Georgia Entertainment Industry Investment Act, responsible for $1.5 billion of economic impact last year, does not accurately address music production. The act has been a flash point for attracting film and TV production to the state; however, the benefits for the music business were written so narrowly that it has little practical application.

The state’s music business has grown to this point in large part because of the robustly diverse music base, which includes most forms of popular music: rock, country, gospel, urban and symphony.

Georgia has dozens of first-tier performing artists, such as R.E.M., Cee Lo Green, Usher, Sugarland and Zac Brown Band as well as a plethora of accomplished songwriters, producers and engineers like Sean Garrett, Brendan O’Brien and Phil Tan in addition to a thriving new music scene. The Atlanta Symphony alone garnered 27 GRAMMY® Awards.

Georgia Music Partners and The Recording Academy® Atlanta Chapter (aka GRAMMY organization) are working together to protect and grow the state’s music business. There are a number of strategies under consideration and a number of opportunities for growth.

Here are a few:

a) For businesses that operate recording studios, we’re recommending a “retooling” credit so they can outfit their studios with the most up-to-date, state of art technology, which will help them stay competitive. We also want to look for ways to incent recording artists to come to Georgia to record their music, which will ultimately bring studios more business.

b) For musicians and songwriters, the more projects we attract, the more opportunities there are to work, to play and to be published.

c) Digital music technology companies such as Shazam and Spotify are a segment of the industry we want to attract to the state. The film and TV tax incentives currently in place are directly responsible for bringing 20 supply-chain companies to Georgia. We believe that now is the perfect time to promote a similar campaign to attract global investment dollars to Georgia for music-based technology companies.

d) Positioning Georgia as a leader in music ultimately increases tax revenue and creates jobs. We’ve had preliminary discussions about the possibility of creating economic empowerment zones for music businesses in the city of Atlanta and around the state.

Georgia has earned the right – and deserves to be on the list of top music centers along with Los Angeles, New York City and Nashville. We believe we have a tremendous opportunity to make Georgia a global leader in music.

Now is the time for the Georgia music community to unite. Together, we can create a more sustainable music environment – one that is culturally rich, where existing and new businesses can flourish in an ecosystem that will spur innovation and create growth.