Athens — The third annual GeorgiaForward forum provided a spotlight on what victory looks like.

Three of the 12 regions in Georgia voted to pass a regional transportation sales tax during the primary vote on July 31.

One of those regions was the River Valley District — also known as the Greater Columbus region. In fact, voters in the Columbus region passed the tax with the highest margin of the three — 54.3 percent in favor versus 45.7 percent against.

Myers was part of a panel titled: “After the TSPLOST: What’s Next for Transportation?”

So how did Columbus do it?

Frank Myers, a Columbus-based political consultant who coordinated the campaign, said they kept the message as simple as they could: “YES for Transportation.” That tagline was on every piece of literature and on all broadcast messages. 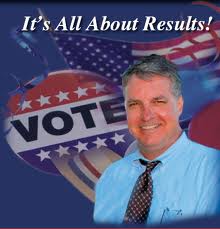 “This is a tax no matter how you look at it,” Myers said. “I think in Atlanta they kind of ran from it being a tax.”

Instead, Columbus decided to turn the negative into a positive by selling voters that this was not a permanent tax, that it would only last 10 years.

“We turned it into a selling point,” Myers said.

They also stayed away from the word — TSPLOST — the official name for the Transportation Special Purpose Local Option Sales Tax. Again, the message was simply: “Yes for Transportation.”

Because the mayor of Columbus was against the tax, Myers said that “in Columbus we more or less ignored the politicians.” They also didn’t call it a penny tax, which Myers said was misleading. They called it a one-percent tax.”

The Columbus campagin also targeted three different areas — north, middle and south areas of the region — and prospective voters were told what passing the tax would mean for their area. It ended up passing in two of the three sub-areas, losing in the more affluent and conservative northern area.

Also, the televisions commercials that ran also had a simple message beyond “Yes for Transportation.” The ad featured an array of individuals stating why they were voting for the tax — “jobs, jobs, jobs.”

Perhaps the most amazing part of what Myers said is that the successful campaign spent a total of $200,000. (By comparison, about $8 million was spent in the metro Atlanta region, and the tax lost by 38 percent in favor and 62 percent against).

Looking forward, Myers said that the three regions that passed the tax will end up investing $1.8 billion in their transportation infrastructure in the next 10 years. That could end up being the best selling tool to get the tax passed in other regions in the future.

“Other regions will see it,” Myers said.

The purpose of GeorgiaForward is to build bridges between different parts of Georgia while seeking a consensus among business, civic and government leaders from every corner of the state. More than 200 Georgians are participating in the third annual conference seeks to replace anti-Atlanta or anti-rural attitudes with areas of understanding.