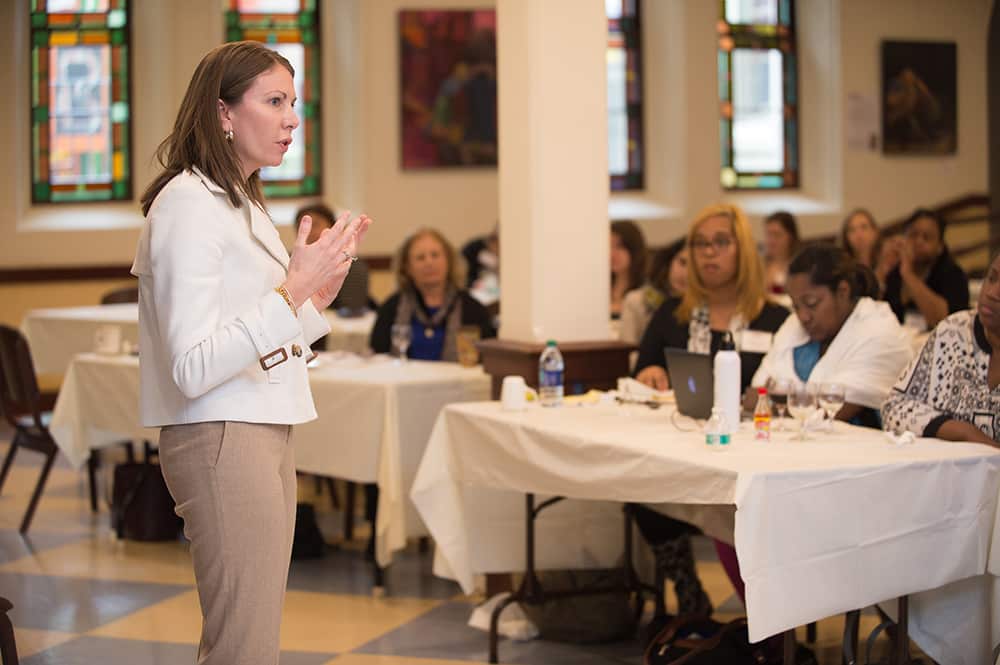 As Women’s History Month, with its selected celebrations of women’s achievements in business, education, the arts and even politics drew to a close, women received many reminders in recent weeks of just how much is left to do before the face of power truly changes to one which is more equitable and representative.

Recently, Vice President Mike Pence tweeted a photo of congressional leaders gathered to discuss health care – the dozen seated at the table and all those sitting or standing against the walls were pale and male. Those men were making decisions for women, slightly more than half the nation’s population – concerning body parts men don’t possess.

On March 30, Pence cast the tie-breaking vote on a resolution to roll back Obama-era protections for Planned Parenthood clinic funding. The Senate action will deprive women of many vital health care services having nothing to do with abortion in states where other providers of those same services are in short supply. Georgia’s senior Sen. Johnny Isakson played a key role since he cast the vote which created the tie after flying to Washington on a one-day “pass” from the physician supervising his recovery from two successive back surgeries.

The election of President Donald Trump, despite a popular vote to the contrary, seems to have unleashed a newfound permission for the nation’s overwhelmingly male leaders to unleash their inner misogynist.

As women drew attention to workforce pay inequality on “Equal Pay Day,” April 4, headlines highlighted Trump’s revocation of the Obama-era 2014 Fair Pay and Safe Workplaces order. The order had been put in place to ensure companies with federal contracts complied with 14 labor and civil rights laws. Amongst other impacts, Trump’s rollback allows sexual harassment claims to once again be secretly negotiated and settled.

Closer to home, Georgia women had very recent experience with how male legislators protect those accused of sexual misconduct. The powerful chair of the House Appropriations Higher Education Subcommittee, Rep. Earl Ehrhart (R-Powder Springs) spent the session promoting a change in the way colleges treat incidents of sexual assault. His bill would force colleges to turn such reports over local police authorities rather than current “on campus” proceedures. Women’s advocates said Ehrhart’s bill would suppress assault reports and deprive the accuser of counseling and protections now granted – such as having the accused moved to a different dormitory or assigned to a different classroom. 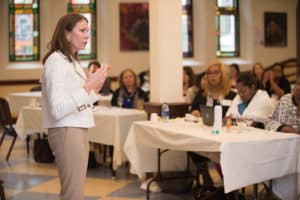 Georgia’s WIN list quadrupled the size of its training program after the number of applicants grew from 35 in 2016 to 140 this year. Credit: Robin Nathan

A group of student survivors, some of them now in law school, skillfully mobilized to testify against the “campus rape” bill, hold protests and organize phone calls and letters to legislators. The bill passed in the House. But, after listening to the young women, members of the powerful Senate Judiciary Committee tabled the bill. Undaunted, Ehrhart utilized seldom deployed parliamentary procedures in the waning days of the session in an effort to resuscitate his bill. The assault survivors continued their opposition campaign.

Ehrhart had disparaged student activists throughout the session. He and his supporters went even further outside the parliamentary playbook, however. In an effort to intimidate the activists, they invited the assailant of one of the group’s leaders as their guest in the Senate visitor’s gallery, forcing her to sit across from the young man who had assaulted her. A form of “leadership” few of us wish to see emulated – powerful legislators enabling and encouraging the next generation of misogynists.

The bill was defeated in the closing moments of the session – for this year at least. The college student activists had strong support for their advocacy efforts from long time WIN List endorsed senior legislators including senators Nan Orrock and Elena Parent and representatives Stacey Abrams, Stacey Evans, Mary Margaret Oliver and Pat Gardner. Also providing support were three freshmen representatives, all elected to serve their first full terms in 2016: Park Cannon, Renitta Shannon and Brenda Lopez, the first Latina elected in Georgia. 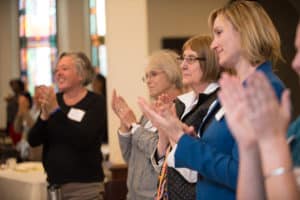 Georgia’s WIN List has helped elect and re-elect 55 women to the Georgia Legislature, 31 of them still in office, over the past 17 years. Credit: Robin Nathan

The silver lining for the dark cloud of Ehrhart’s actions is that he is inspiring a new generation of activists. These young women are not alone. November’s election has inspired thousands of aspiring activists, as indicated not only by the historic January women’s marches nationwide and on every continent, but in the gatherings which have continued to take place since in cities large and small. Many new groups have formed in hopes of resisting the Trump agenda.

Indeed, we at Georgia’s WIN List are seeing proof positive of this new interest. Our yearlong WIN Leadership Academy, which had received 35 applications for 20 spots in 2016, received 140 applications this year. Our board decided to quadruple the size of the program and divide the group into two classes. Those 80 women and 120 more trained this past week to run for office or work in the campaigns of other women seeking office. They worked with a nationally respected women’s political campaign consultant in three one-day boot camps, one in Savannah and two in Atlanta.

For the past few election cycles, 85 percent of Georgia legislative incumbents have run for re-election unopposed. The same is true for city council members, county commissioners and mayors across the state. Based on the interest we are seeing, those days are over – especially for Republican men in Georgia’s General Assembly. Women are training to run for office in record numbers at all levels: School board, city council, county commission and legislative seats.

The WIN in WIN List stands for Women in Numbers electing Women in Numbers. During our 17-year history, we have helped elect and re-elect 55 women to the Georgia General Assembly, 31 of whom still serve.

We are now recruiting and training Georgia women who will step up to run against incumbent men who demonstrate misogynistic attitudes when it comes to public policy. We plan to “Grab ‘em by the Midterms” in 2018.

Note to readers: In addition to her position with Georgia’s WIN List, a political action committee that seeks to elect more women to legislative and statewide office in Georgia, Melita Easters is a former journalist and television producer. She has  written several plays about literary figures produced locally and throughout the Southeast and has served on numerous community boards during her three and a half decades in Atlanta.