By JOSEPH BANKOFF, former chair of the Sam Nunn School of International Affairs at Georgia Tech and former senior partner at King & Spalding.

If every politician is “heartbroken” over the repeated loss of young lives from gun violence why do we remain paralyzed to seek common-sense solutions? Why do we fail to find ways to have both guns and accountability? Most Americans wonder if we register (not limit) cars and also train, test and license every driver to reduce the risks of injury or death from cars — why can’t we find ways to manage the risks of guns?

I’ll tell you why. Gun violence in America is a “drive-by” victim of our political gerrymandering. We now allow politicians to choose their voters to preserve their political power. They create voter districts where the only issue is how people vote instead of where they live. The focus is not on what voters want for their community — but on how to preserve the power of the political party. The Constitution does not protect political parties — but this Supreme Court does. 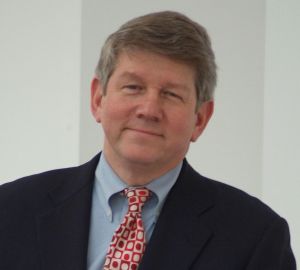 Joseph Bankoff is a former chair of the Sam Nunn School of International Affairs at Georgia Tech and former senior partner at King & Spalding.

This priority of “party over people” means that what “real” communities want does not matter. What matters if you seek office is your loyalty to the party and your ability to raise money. You must only win a primary election where a smaller number of energized voters make the choice. The general election is irrelevant and the outcome is pre-decided by the made-up districts.

What’s this got to do with guns? For many people, Gerrymandering makes voting meaningless. It removes any reason for voter participation. It makes government feel foreign, hostile, and irrelevant to their lives. Only local mayors (largely non-partisan) are given the benefit of the doubt. Imagine we put the issue on the ballot: “Do you want something done about gun violence in [your community]?” Image how different the outcome would be if voting districts were composed of whole counties, parishes, cities, townships or Neighborhood Units, with a slice of the next if needed to equalize the numbers.

Political parties don’t really want to solve this problem. They would rather raise money and energize their voters in the name of the issue. This empowers both the gun rights lobby and those who would ban guns to give money and turn out to vote for their party. It also creates political paralysis and no accountability of the elected for the continued carnage. Guns are an important “money tree” for both political parties. Both parties remain content to be appalled by the deaths of children — but unwilling to risk losing the political power and the money flows.

Gerrymandering ignores real needs in the “real” communities created by the state because nobody really represents them. Those elected just represent their party and whatever political position benefits it. Gerrymandering does protect political parties — but at a cost of real lives.