The Rotary Club of Atlanta has selected Gina Simpson as its next executive director – succeeding Linda Tomason Glass, who is retiring after 20 years.

Simpson is a longtime community leader in Atlanta and Alabama. Until recently, Simpson has been deputy commissioner of the Alabama Department of Human Resources, and she was a member of Rotary in Alabama. 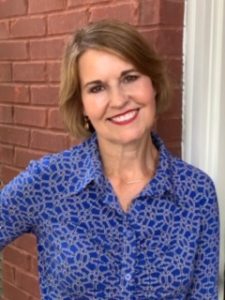 In Atlanta, she is best known for her eight years as CEO of Hands on Atlanta, and she was a regular participant on the annual trip to build schools in rural Honduras along with many members of the Atlanta Rotary Club. She also is a member of the 2010 class of Leadership Atlanta.

“I am genuinely excited by the opportunity to work with such a wonderful group of leaders, many of whom I’ve had the privilege of collaborating with before,” Simpson said in a statement. “Rotary’s members are among our region’s most engaged leaders.  It will be a distinct pleasure to work with such a strong group, especially as the club explores new opportunities for community engagement and impact.”

John O’Neill, an executive with Cushman & Wakefield and chair of Atlanta Rotary’s board, welcomed Simpson to her new role.

“Throughout our executive search process, Gina demonstrated just how closely her leadership experiences and approach to public service matched the club’s aspirations for greater engagement in the major issues affecting our region,” O’Neill said.

He also thanked Glass for doing “terrific job in managing numerous responsibilities associated with the role,” and he added that she had played a significant part in the growth and prestige of the club.

“There has never been a more critical time for us as Rotarians to support our community,” Carr said “After an extensive regional search, Gina was our unanimous choice to assume the newly redefined role of executive director.” 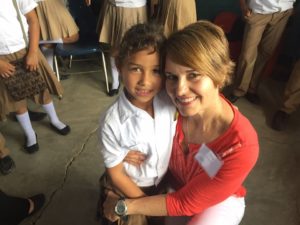 She holds a bachelor of science degree from Jacksonville State University as well as a Master’s degree in social work from the University of Alabama and one in public administration from Harvard University.

She is the mother of two and is married to Rudi Lueg, North America managing director of technology company Exotec.

Rotary is the largest civic organization in the world with 1.2 million members and 36,000 clubs globally.