By Guest Columnist JOHN EAVES, chairman of Fulton County’s Board of Commissioners since 2007.

Each is one of Georgia’s 159 counties, and each one has been charged with making decisions on behalf of its citizens.  As such, each has a board of commissioners that have been asked by voters to provide government services ranging from public safety to libraries.

Each is responsible for managing emergency responses and gauging potential threats to public health.  Each has workers who take these tasks very seriously.

Fulton County is no different, so why are our hands tied on the ability to fund these vital needs? 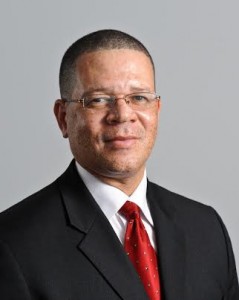 We shouldn’t be. But legislation passed two years ago attempted to do just that – prohibiting the Fulton County from seeking ways to adequately fund all of the services our citizens need.  The aim of House Bill 604 was a political one, a bold power grab that comes at the expense of our county’s citizens.

It was one of several pieces of legislation over the last several years aimed at siphoning off ways for Fulton to fund itself. Or to use the words of House Speaker Pro-Tem Jan Jones: “My goal is to end Fulton County.”

Those are her words not mine.

What has followed is three years of legislation generated by the authors of HB 604 and the plaintiffs of this lawsuit – some failed, some successful, all directly attacking our ability to do the public’s business.

At various times, this group of state lawmakers has sought to: create a separate county; create a series of homestead exemptions that would cripple the county’s ability to fund itself; limit the powers of your elected county leadership: and attempt to tell Fulton’s leadership they could not adjust taxes to fund your county services.

That was a step too far, forcing the Board of Commissioners to use its home rule authority to repeal this intrusion upon its duties.  That brings us to the current situation, with this group of lawmakers insisting upon controlling our county from the Gold Dome.  This cannot stand.

Budgeting is a difficult process forcing us to make tough choices.  Our county struggled through the last recession, but we made every effort to avoid raising taxes.

The county’s first countywide millage rate increase since 1992 was only discussed after cuts to programs affecting nearly aspect of county government.

Library hours were reduced to levels that no one wanted.  The cost of meals to seniors was increased.  Our safety-net health care provider, Grady Memorial Hospital, got less funding than in previous years.  All of these are bitter pills to swallow, impacting all of us.

Still our constituents are depending on county services: The 9-1-1 dispatcher getting the fire crew to your home, the courts and judges making sure justice is done. These services need to be funded.  We took the decision to raise the millage rate very seriously.

Frankly, that isn’t the issue here.  The issue is home rule.  It is a right of government at a local level to make determinations on its own behalf.

It is the reason Fulton County doesn’t tell the Roswell Fire Department how to allocate its resources and the reason we don’t tell the Atlanta Police Department what crimes take top priority.  It is not our place.  That is the role of local government.

Similarly, state lawmakers should not have a role in creating legislation solely enacted to target one county, especially as that one county is simply trying to fund its operations and serve its citizens.   No one is making this request of Fayette or DeKalb or Cobb or Clayton or Gwinnett.

Why should Fulton be any different?  Simply put, it shouldn’t be.

Note to readers: Fulton County is the largest county in Georgia with an estimated 995,000 residents. The chairman of the Fulton County Commission, however, is considered to be a part-time job. John Eaves, a Democrat, is  facing Republican challenger, Earl Cooper, in November’s general election.