Godfrey Barnsley’s dream: A southern Eden in the wilderness, its collapse, and a modern-day rebirth (Part 2)

Last week I wrote of the genesis of Barnsley Gardens, of Godfrey and Julia Barnsley’s decision to relocate from Savannah, where Godfrey was engaged in the cotton trade as a broker, to the mountains of pre-Civil War north Georgia. After a three-week journey by wagon, they settled on more than 3,000 acres of fertile land amid undulating hills, natural springs, and forest that was formerly occupied by the Cherokee. They named their estate “Woodlands.”* 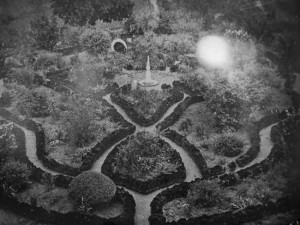 The formal parterre garden was built in the 1840s. Such a garden is laid out on level ground, to be viewed from a higher elevation for the full appreciation of intricate patterns and colorful plantings. Credit: Clent Coker

Their first task (with their servants and hired local help) was to begin building cabins and wood structures that would be their temporary housing. Barnsley, who seemed always to have a plan, acquired a steam-driven sawmill for lumbering and a kiln for making brick.

While the challenges were obvious and included “roaming wild animals” and “wolves so numerous,” there was also nature’s bounty. “This wilderness swarms with wild game, and there is no end to singing birds, geese, cranes, ducks, wild pigeons,” wrote a visitor. Venison, fish, and turkey found a place on their tables.

As land was cleared, Barnsley set aside acreage for wheat, corn and rye, as well as for gardens, orchards, and vineyards.

In preparation for building and laying out his land, Barnsley pored over the horticultural, landscape, and architectural plans of A. J. Downing of Newburgh, New York. Downing, an iconic American figure of the 1840s who some consider the father of American landscape architecture, emphasized a Gothic Revival style of architecture with parks and landscaped surroundings. Popular in New York and New England, Downing’s taste surely reminded Barnsley of the English countryside he knew as a child. (Downing would be commissioned to landscape the grounds of the White House and the Smithsonian Institution, and he mentored a bright young landscape architect named Frederick Law Olmsted, best known for the design of New York City’s Central Park.)

In more ways than one, Barnsley’s vision contrasted with the South’s reigning Greek-Revival style of columns and temple-fronted facades that distinguished the mansions of southern planters. Then again, the vision of Woodlands was never that of a plantation.

Somehow, in the midst of an uprooting and radical relocation, Barnsley kept up his demanding job as a cotton broker. He even opened new offices in the Mobile and New Orleans markets, where cotton from the Gulf and Mississippi Delta states was shipped to Europe. 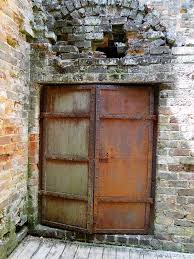 For Julia and their children, there was a cost for his absence. She wrote to him, “Pray make haste in returning to Woodlands. I have been completely cheated this year, going on eight months since I have had had the pleasure of seeing you.” Barnsley, eager to be home, replied, “It will only be a short time until we fully enjoy completing Woodlands together. . . .

Believe me, now more affectionately yours than when we met before the altar a long time ago.” With prices depressed by the flood of new cotton on the market, Barnsley rushed to fill orders for other commodities. Building the manor and running an estate, after all, required resources.

Then a string of tragedies struck. While Barnsley was away, Julia and Godfrey’s infant son, born at Woodlands, died of “lung fever” in 1844. Prone to “nervous attacks,” Julia slipped into what was probably a depression; her respiratory condition (likely tubercular) also worsened.

With her mother called to care for the children at Woodlands (there was a rapprochement), it was decided Julia would join Godfrey in the new year of 1845 in Savannah, where she could receive medical help. Her condition in fact improved that first month, and Barnsley decided it was safe to attend to business out of town. Julia’s health took another bad turn, and before Barnsley could return, she passed away, at the age of 35. He had missed her by only a few hours. 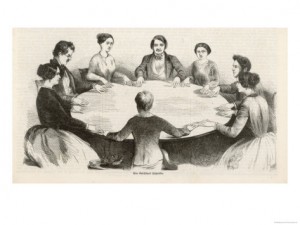 In the words of Barnsley historian and museum director Clent Coker, Barnsley’s “entire world had suddenly crumbled beneath him.” Nothing would ever be the same — or so it seemed.

During a foray to Mobile, Barnsley was sought out by a “spiritualist” who encouraged him to communicate with Julia’s spirit. She gave him a book on “life after death.” Barnsley was dubious.

After returning home to Woodlands, however, the visit of another clairvoyant (this one from neighboring Rome) and his desperation for any help at all convinced him to read the book. He soon found he was able to communicate directly with Julia’s spirit, without benefit of a medium. Barnsley’s experience was hardly unusual. Séances and spiritualism were enormously popular pursuits in antebellum America. (While in Washington, D.C., the distraught First Lady Mary Todd Lincoln made no secret of communicating through a medium with her deceased son, Tad.)

Energized, and with Julia’s presence now palpable in his life, Barnsley threw himself into completing the gardens and the manor, which he called his “Grand Italian Villa” of 16 rooms, arches, portico, and three-story entry tower. Two additional wings added 10 more rooms. He stocked his home with valuables he had collected on his shipping travels over the years. The new Western & Atlantic Railroad running between Atlanta and Chattanooga, whose creation owed much to his encouragement and investment, made shipment feasible with stops at the Adairsville and Kingston depots.

In 1858, gazing out from the third floor of the tower, Barnsley must have felt a deep satisfaction. He and Julia had shared a dream. She died prematurely, crushing his spirit and leaving him hopeless. But he recovered in his own way, and what they left we have today, thanks to the tireless efforts of Clent Coker, Barnsley historian and museum director — and to a German prince. More on that in the next column.

Next: A World-Class Historic Site