While local residents wait for a ruling on whether the developer, Selig Enterprises, circumvented some of the fine print in DeKalb County’s permit approval process, there has been ample time to reflect on what may better serve the neighborhood. 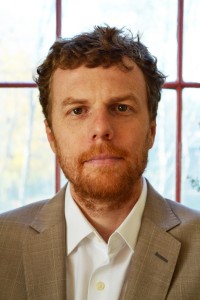 Good Growth DeKalb, the advocacy group that formed when Selig announced their plans in late 2011, filed an initial appeal a year ago stating that DeKalb County failed to follow the correct administrative procedure in granting a land disturbance permit to the developers.

The hope was to buy enough time to build a substantive case that would block the project from ever getting off the ground.

On Oct. 31st, the DeKalb County Superior Court Judge Tangela Barrie dismissed the motion, stating Good Growth DeKalb did not have legal standing in the matter. Six weeks later, the group’s lawyers appealed the decision and are currently awaiting the court’s ruling.

As the legal battle drags on, the group’s mission has expanded beyond its goal of blocking Walmart to educating residents on the potential impacts of other proposed development projects nearby. Through a series of community forums, a vision has emerged for the sort of development that residents would prefer to see. The road to realizing some of the commonly-shared goals is less clear, however.

The site in question is currently known as Suburban Plaza and is at the corner of Scott Boulevard and North Decatur Road, one the metro area’s most under-developed intersections. An unbiased look at the possible development scenarios for the intersection may illuminate a path forward that achieves ‘buy-in’ from all parties on this complex and contentious issue.

With daily traffic counts passing by Suburban Plaza in the six-figure range, the dated shopping center is destined for renewal. Walmart’s formula for success is in providing all those daily shopping amenities that were once separate businesses under one roof, and Selig Enterprises, as a for-profit venture, is easily wooed by such a courtship.

Unfortunately, the eclectic mix of locally-owned businesses advocated by Good Growth DeKalb does not have the same weight with financiers as an economic giant like Walmart. To turn the tables on the situation, other strings will have to be pulled.

If Walmart can be dissuaded by the negative publicity and ‘dragging on’ of the legal battle, perhaps the agenda of a truly neighborhood-driven plan can come to the table. Forward-thinking players like Emory University and the City of Decatur will undoubtedly cheer from the sidelines, but, jurisdictionally, DeKalb County holds the reins and has thus far demonstrated little political will for the cause.

Selig’s right to pursue a conventional big-box development at Suburban Plaza is seeded in the current comprehensive plan for the county which is set to expire in 2015, making this a ripe time to set a new agenda.

Interestingly, some of the proposed changes to the county’s zoning code being considered for adoption this year involve incentives for developers to adopt ‘green’ practices in exchange for permission to build at a higher density.

The Elephant in the Room

Fortunately, Atlantans have one of the most cosmically successful examples of how orienting development around alternative transit corridors is the wave of the future.

The Atlanta BeltlLine is just getting started and has already shown the galvanizing power of the concept. It is rare for a project of its scope and scale to garner such a wide base of support.

Today, it may seem like a stretch to imagine mixed retail, residential and office spaces clustered around a green swath of intersecting bike paths at the drab corner of Scott Boulevard and North Decatur Road, which currently sports sidewalks on only two of its six legs. But such a reality is not as distant as it seems.

First off, the Clifton Corridor, MARTA’s planned light rail extension through North Decatur, is slated for an underground stop at Suburban Plaza.

Second, the demographics of the people moving into the Medlock neighborhood are the types who would love to ride their bikes to downtown Decatur and would walk or ride to shops at a future incarnation of Suburban Plaza — especially if it were safe and pleasant to do so and if future development had even a little of downtown Decatur’s charm.

The new PATH Foundation greenway trail between Medlock Park and Mason Mill Park is already bringing this flavor into the neighborhood with a bike/ped link to the VA Hospital-Emory area. Redevelopment at the gateway intersection to the neighborhood beckons for an extension of an alternative transit route from Medlock Park to Suburban Plaza and on to downtown Decatur.

Funding for the bridges or tunneling needed to do this is hard to come by at the moment, and DeKalb County does not have the authority to force Selig to contribute.

Selig would do well to contribute voluntarily, however, a token that would temper the resentment built against them in the neighborhood. It also could help change the community’s sentiment in favor of their project.

Selig has been down this road before when Walmart backed out of their strikingly similar development in Athens last year amid citizen outrage at the site plan’s lack of integration with the adjacent greenway.

Another redevelopment project across the street being pushed by Fuqua Development is seeking a zoning change to permit a higher intensity use, which does put the county in position to ask for contributions to related public infrastructure.

The eventual development of the Clifton Corridor light rail line is the perfect opportunity to rearrange the six-pronged intersection and plan for future development at this burgeoning node with a revamped long-term vision. Making a baby step in this direction now will keep the door open to BeltLine-esque urban brilliance in the coming years.

Brian Barth works in the fields of landscape architecture and urban planning. In addition to his work with Urban Agriculture Inc., Barth writes for a variety of publications, exploring the themes of land use, urban agriculture, and environmental literacy. He holds a Master’s Degree in Environmental Planning and Design from the University of Georgia.