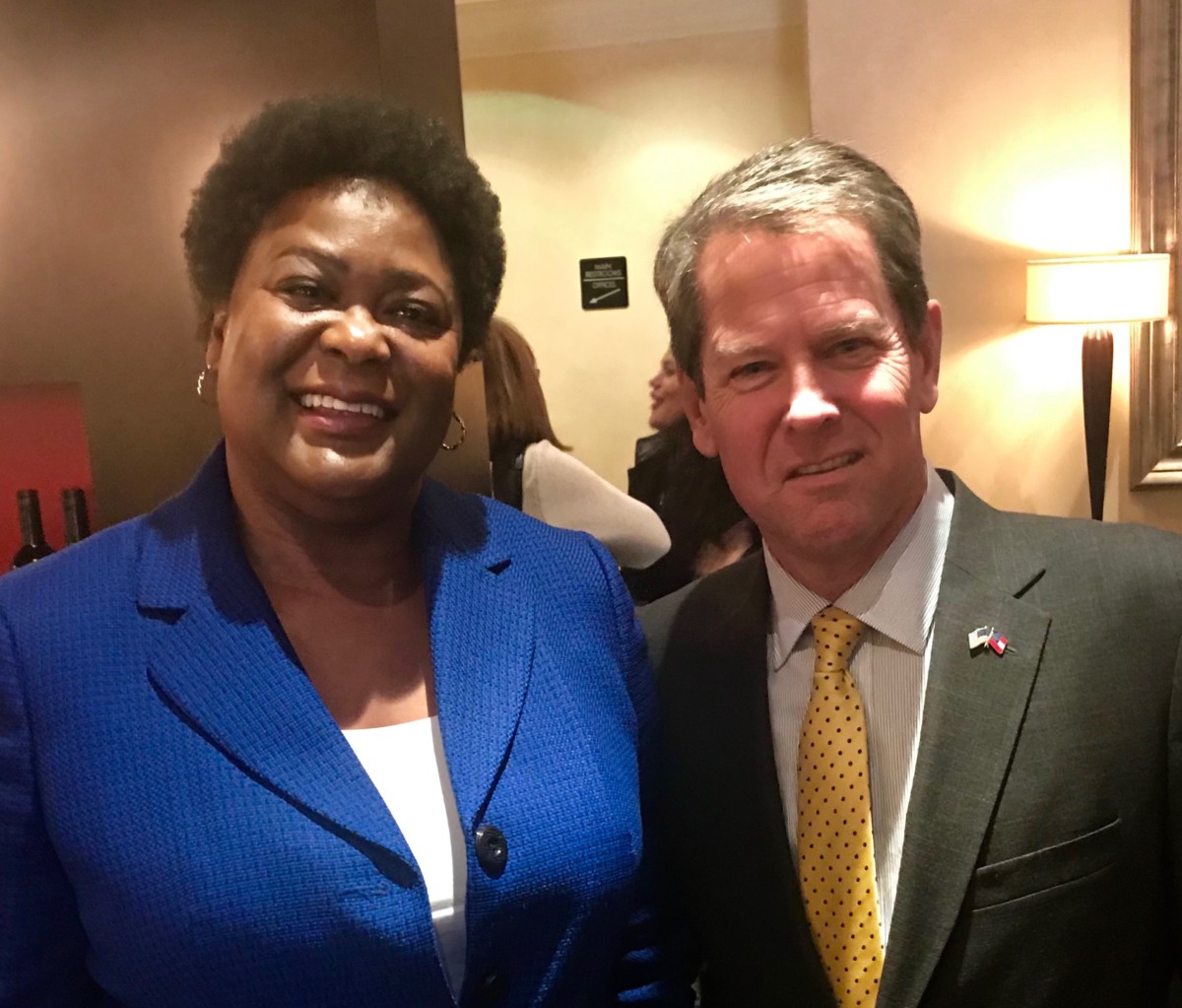 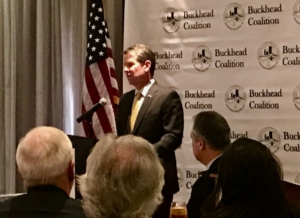 “Thirty years of good work is a major accomplishment … a great success story,” Kemp told an audience of high-profile political and business leaders at the 103 West Restaurant.

The new governor, now in his third week in office, repeated highlights of his budget recommendations to the General Assembly, including funds for a teacher pay raise, school security grants, Georgia’s need-based REACH Scholarship program and a planned expansion of the state’s accountability courts.

“I don’t know why people were so shocked,” Kemp said, referring to his willingness to breach protocol as a governor by traveling to meet with a mayor, even though it was only one block. “It’s the same thing I did when I got sworn in as secretary of state.” 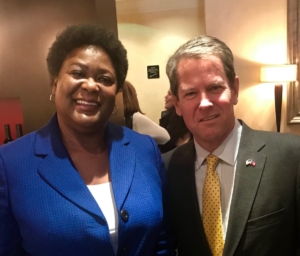 After his speech, the Republican governor was asked to comment on news that his Democratic opponent in last year’s campaign, Stacey Abrams, has been selected to give her party’s response to President Donald Trump’s State of the Union address next week.

“I’m not worried about what Stacey Abrams is doing,” he said.

Kemp also put in a pitch for the state’s Georgia Grown Program, a followup to First Lady Marty Kemp’s announcement last week that the Governor’s Mansion will be serving Georgia-grown food products as often as possible.

“[Georgia Commissioner of Agriculture] Gary Black is doing a great job with the Georgia Grown Program,” the governor said. “I’m going to work with him to make that international.”