Gov. Nathan Deal recently decided what his priorities are when it comes to securing future water supply for us Georgians, and it may leave you scratching your head.

Taxpayers will get a well for a resort and water park, an experiment to see if chemically treated river water can be retrieved once it’s been injected deep in to the ground; and loans for expensive reservoirs where there is no clear need for them. 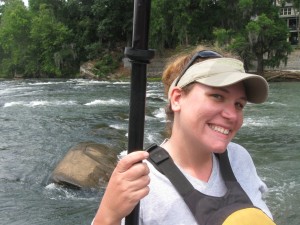 You may be surprised then, given that mission, that the two projects funded by state direct investment (i.e. “free taxpayer money”) are not for new water supplies for local governments.

The first project is a give-away of $4.46 million of our state tax dollars to develop a well that will yield only 1.7 million gallons of water per day for a resort and water park at Lake Lanier Islands.

The second project is a give-away of $4.6 million of our state tax dollars. The project will drill test wells in southwest Georgia and run experiments that will pump chemically treated river water into an aquifer to see if the river water can be recaptured.

Many of the other projects funded with nearly $90.5 million in low-interest loans are also a waste of taxpayer dollars and time, particularly three new reservoir projects.

Building a new reservoir is a highly expensive and lengthy process that typically ends up costing much more than originally projected. To build them, local governments incur major debt that is passed on to taxpayers and ratepayer. This is especially troubling and burdensome when costs balloon and population growth projections don’t pan out the way they were expected — resulting in not enough new customers and leaving current ones holding the bag.

Hickory Log Creek reservoir in Canton is a clear example. The City of Canton joined with the Cobb County-Marietta Water Authority to build this reservoir. Canton has a 25 percent stake in the reservoir and expected to pay 25 percent of a $20 million project.

Instead, the city was on the hook for 25 percent the actual costs which ballooned to $100 million. The City has been forced to raise rates on its current customers to pay for the debt, and they are now trying to get out of the project all together. The kicker is that this reservoir is still not providing any water supply to the community.

Hard Labor Creek Reservoir, a reservoir project that just received two loans from the GWSP, also provides a cautionary tale. Walton and Oconee Counties moved forward with this proposed reservoir banking on a high level of population growth with new water customers to pay for the debt.

The new customers have not materialized at the rate envisioned while costs have ballooned more than 8 times from an estimated $41 million to $350 million. The two other new reservoir projects funded by the GWSP have similar problems with overblown population projections and underestimated costs.

Gov. Deal could maximize tax payer dollars and secure water supply much faster and for less cost by investing in the water supplies and infrastructure we already have. Chattahoochee Riverkeeper issued a report, Filling the Water Gap, which lays out how water efficiency and conservation of existing water supplies can meet Metro Atlanta’s water supply needs.

A key insight in both of these reports is this: as population grows, our water supply doesn’t have to. Other cities, like Seattle, Boston and Raleigh, have shown that by using the water supply you already have more efficiently, your population can grow while your water use stays the same or even decreases — and you can save taxpayer dollars.

Unfortunately, Gov. Deal rejected proposals to allow water efficiency projects to be eligible for funding under this program.

If he were to change that position, we could focus on things like repairing our leaking water lines – which are estimated to lose about 15 percent of their water on average across metro Atlanta.

As Deal looks to funding future water supply projects, he should consider the advice a good friend of mine offered about the situation: if your truck has a gas leak you don’t keep going and buying more gas to fill it up, you go get the leak fixed. The same holds true for our water supplies.

To learn more about the Georgia River Network and for more details on the projects funded by GWSP, please go to Georgia Water Wire blog.