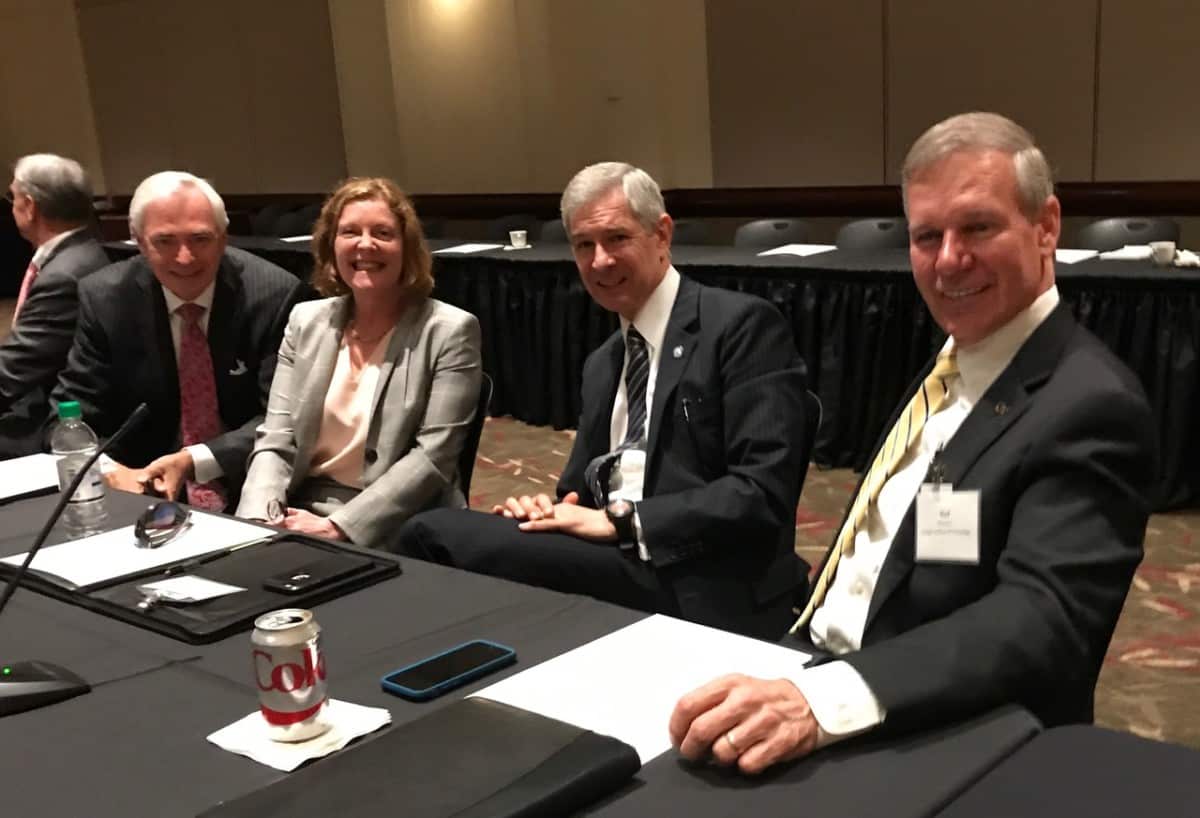 When Atlanta CEO Larry Gellerstedt recently met with 60 of Cousins Properties Inc.’s investors, he heard one message loud and clear.

“Don’t tell us about your airport,” they told him. “All we want to hear about is your university infrastructure.”

Gellerstedt recalled that exchange at the Oct. 5 quarterly meeting of the Georgia Research Alliance, a public-private partnership of top business leaders, presidents of the state’s research universities and key officials in state government. Gellerstedt also happens to be the current chairman of GRA.

Georgia’s university infrastructure has now become a nationally-recognized asset — a harvesting of the 27 years that GRA has been in existence attracting eminent scholars to the state and leverage their research into new ventures.

But a McKinsey & Co. report analyzing the value proposition of GRA sounded a major warning signal for Georgia.

State investment in GRA has dropped from a peak of about $42 million a year to only $5 million in the past couple of years. (The historical average is $25 million, meaning current levels of funding represent only a fifth of that).

“The development dollars over the last couple of years is cause for concern,” said Mike Doheny, the McKinsey partner who conducted the study. “We are well below the $25 million average. It feels like we’ve been below average for several years.”

Actually, the precipitous decline in GRA state funding began in the last seven years, when it went from $40 million in 2009 to $8 million in 2012.

At the same time, the costs to attract new eminent scholars is only rising. In order to lure eminent scholars to Georgia, the state has to invest in building out laboratories and research centers to support them. Those “start-up” packages used to average about $1.5 million per scholar, but that average cost is now $2 million — with some packages in bio-medical fields totaling up to $10 million. 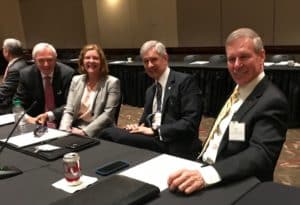 “We are seeing the cost of start-up is going up, but the resources available from GRA to assist with that has gone down,” Peterson said. “A lot is not coming from the state or GRA. A lot is coming from philanthropic sources.”

Jere Morehead, president of The University of Georgia, agreed. “The costs are going to have to be borne by the institution,” he said.

When it comes to state funding, GRA faces challenges because the investment often takes years to mature. Although GRA contributes greatly to the state’s economic development profile, it doesn’t lend itself to the ribbon-cutting event like the opening of a manufacturing plant.

Mike Cassidy, GRA’s president and CEO since 2000, joined the Alliance in 1993, and he has seen the ebbs and flows of the organization.

“Although state funding is down, the impact GRA is having in the state continues to increase,” Cassidy said. “Over time, the numbers keep getting better and better.”

But that success is based on the investment made in GRA over the past two decades. It is not known how the state’s disinvestment in the Alliance will impact the state’s university infrastructure in the future.

David Ratcliffe, retired CEO of Southern Co. and a past GRA Chairman, said the organization should try to get state funding restored to prior levels.

“The success of GRA is probably inextricably tied to whoever the governor is so we have to continuously redefine ourselves,” Ratcliffe said, adding that it doesn’t fit into a traditional economic development framework — comparing it to other amenities.

“Atlanta needs and opera and ballet. I don’t go to the opera or the ballet, but I know it raises the stature and the reputation of the state. GRA is one of the most important programs in the history of the state from a value standpoint. It has improved our reputation.”

Cassidy said that in the past decade, GRA has been focused on “helping to convert research results into new companies and jobs in Georgia.”

GRA has helped enable more than a thousand R&D jobs in university labs since 2010. The number of patents issued to scholars has gone from four in 2010 to 38 in 2016.

The McKinsey study is helping position GRA, which got its major start during Gov. Zell Miller’s first term, for another transition in state leadership.

“The organization kind of starts over every time there’s a new governor,” Gellerstedt said, adding it needs to be a priority of the next governor. “We have got to make sure we are teed up to have a proactive discussion with whoever might be the candidates.”

McKinsey’s study is being done in two phases. The report released at GRA’s board meeting focuses on where the Alliancestands today. The next phase, which will be released next year, will evaluate where GRA should go from here.

Gellerstedt ended GRA’s meeting by mentioning the state’s quest to attract Amazon’s HQ2, one of the most highly-sought after economic development prizes in the United States. 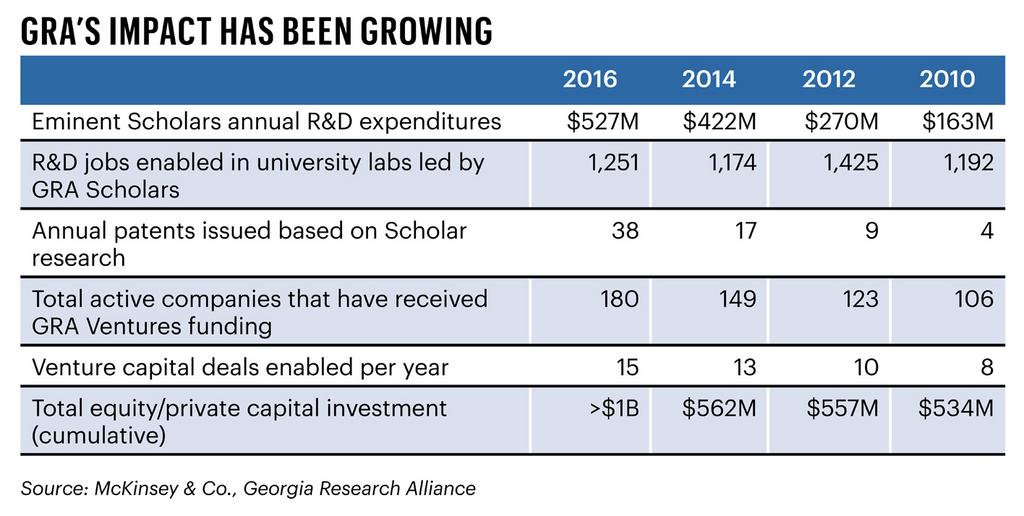 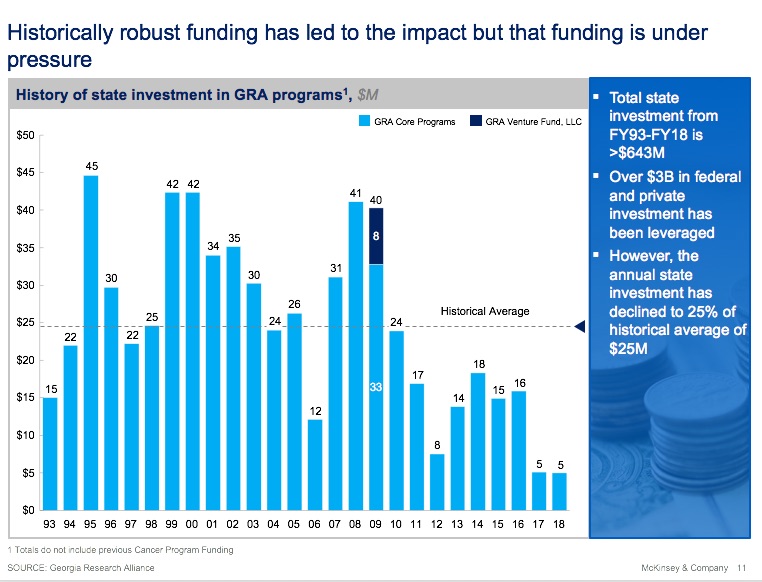