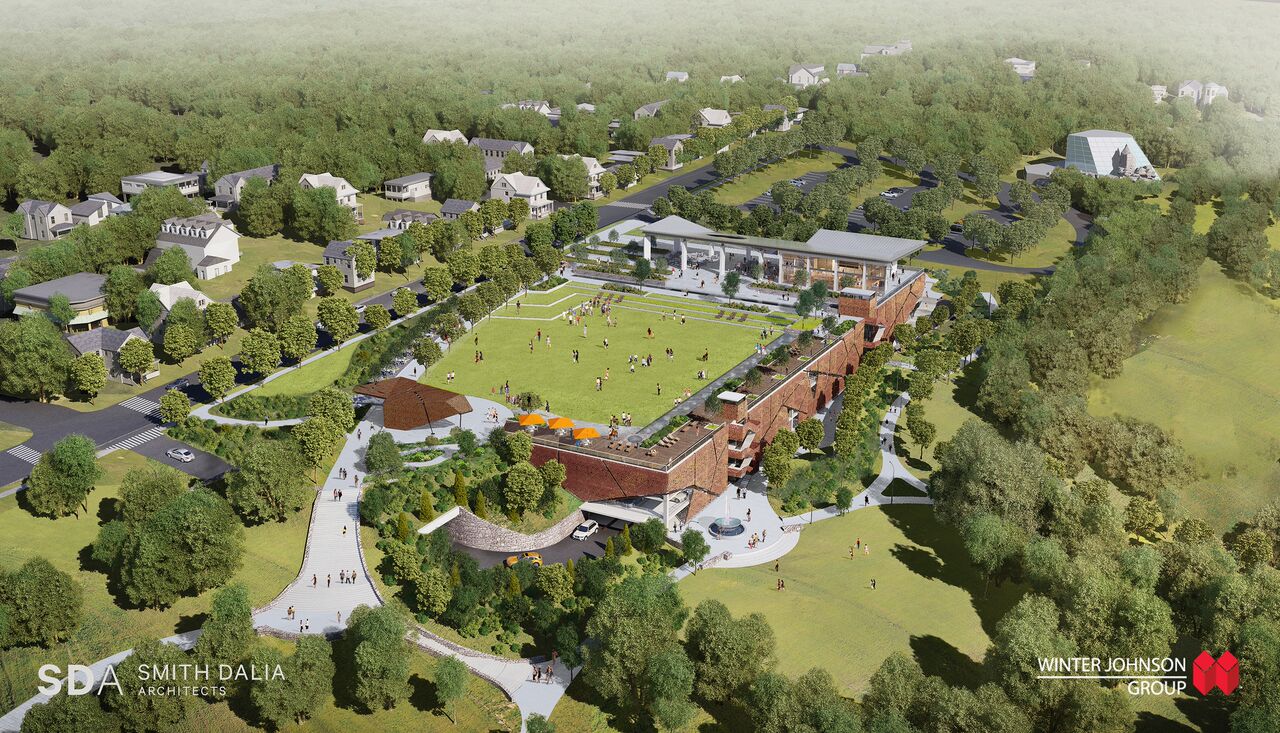 The City of Atlanta Tuesday unveiled the plans for the Grant Park Gateway Project – a new parking garage that will be located on the footprint of the existing eight acre parking lot next to Zoo Atlanta along Boulevard Avenue.

The $48 million facility is a 1,000-space parking garage that will look more than a park than a structure for cars. It will address parking demands while reducing traffic congestion and improving overall safety in the area, according to the city’s Media Advisory.

The city described the parking facility as an aesthetically pleasing, semi-underground garage that will be built into the landscape, which is along a hillside that leads down to the zoo. Parking will more than double from the current offering of 400 spaces.

One of the most attractive features is that there will be greenspace on its top of the parking garage – actually adding park land on a footprint that used to be just an asphalt lot. 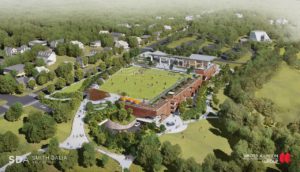 The City is going to install an intelligent parking system, that will guide drivers to find the vacant parking spaces. It also will have state-of-art surveillance cameras to provide public safety.

The parking facility is being built to receive a certification as a green building – the LEED/Park Smart Certified.

A full-service, dine-in regional cuisine restaurant will be built on top of the garage, and it is expected to improve the destination of the space and the zoo.

The garage was designed by the Smith Dalia architectural firm. The City of Atlanta is working with the Winters Johnson Group, which is helping construct the facility.

The City worked closely with the stakeholders around Grant Park on the design for the park/parking garage.

Rick Hudson, chair of the Grant Park Neighborhood Association’s land-use, zoning and transportation committee, described it as everyone – the neighborhood, the Grant Park Conservancy, Zoo Atlanta and the city “all singing from the same playbook.” 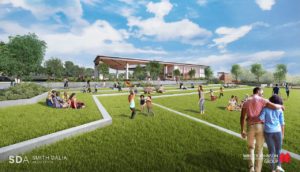 Grant Park garage rendering with a restaurant on top (Special: City of Atlanta)

The groups started meeting together more than two years ago, and Hudson said they developed a “sense of teamwork and collegiality” that forged a bond between them all.

“We’ve not always been on the same page, but through this process we’ve all learned to look at the needs of the many,” Hudson said. “This Gateway Project will provide a much needed amenity to the Park and the Neighborhood.  It will be 1,000 spaces totally sub-terranian with a green roof.  It will be a net gain of green space for the Park while being able to service both bicycle and vehicular traffic from the Boulevard side of the park and pull automobiles that would normally park inside the neighborhood.”

That is in stark contrast to the controversial plan by the Atlanta Botanical Garden and the Piedmont Park Conservancy to build a parking garage in the heart of Piedmont Park. The Piedmont Park garage sparked lawsuits and created bitter feelings between community leaders around the park, the City of Atlanta about a decade ago.

The Grant Park gateway project  is just latest in a series of dominos that have been changing the cultural landscape of Atlanta. It started with a $10 million gift to the Atlanta History Center by Lloyd and Mary Ann Whitaker to help permanently maintain the Atlanta Cyclorama painting – if it was moved from a building next to Zoo Atlanta. 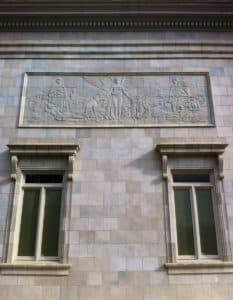 That led to the Zoo taking over the Cyclorama building, which will be transformed into the Zoo’s administrative offices as well as a top quality special events facility, which will have an overlook on an African Savannah habitat – permitted the zoo to expand by an additional five acres – providing more room for the elephants and other animals in the zoo.

The series of cultural musical chairs has translated into tens of millions of dollars being raised to improve the city’s cultural institutions.

The city’s latest $48 million investment in the Grant Park parking facility is just the latest investment in Atlanta’s cultural institutions.

“The Grant Park Gateway will be the first facility of its kind in the City of Atlanta, and earned its name because it provides an entirely new way of looking at the entrance to the community,” Reed said. “The design benefits the Grant Park neighborhood and respects its history as Atlanta’s oldest park, while addressing parking demands, reducing traffic congestion and improving the overall safety in the area.”

In 2015, the City of Atlanta conducted a mobility feasibility study to understand the current and future traffic and parking demands for Grant Park and Zoo Atlanta. The City also performed a geotechnical study to determine the feasibility of the current Boulevard surface lot as a proposed mobility and parking solution. 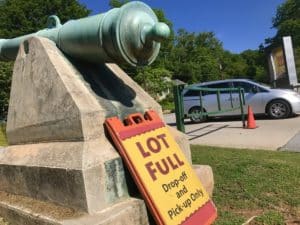 Parking has been a problem at Grant Park and Zoo Atlanta as evidenced by “Lot Full” sign on Tuesday, the day the new garage was announced (Photo by Kelly Jordan)

Working with key stakeholders and community leaders, the Department of Parks and Recreation gathered input for a parking solution that would help reduce traffic congestion in the neighborhood, improve safety and eliminate illegal parking on grassed areas. During the two-year planning process, community leaders requested the parking solution to include amenities to enhance the park, the neighborhood and Zoo Atlanta. Chief of Staff Candace Byrd, Commissioner Phuong and Councilmember Smith also led two delegations to Dallas, Texas to learn best practices for mobility and parking.

The overall project will complement the Zoo’s “Grand New View” project which aims to repurpose the former Cyclorama building to a multi-use, special events facility and expand their entry plaza to the Boulevard entrance.

“Today’s announcement is a win for everybody involved,” said Councilmember Carla Smith, whose district includes Grant Park. I have worked closely with the Administration, residents in the neighborhood, the Grant Park Conservancy, the Grant Park Neighborhood Association and our partners at Zoo Atlanta on this new Gateway to Grant Park. The underground parking and mobility solution will replace seven acres of asphalt with new, usable greenspace, convenient parking for residents and visitors to the park and Zoo Atlanta and new amenities. Grant Park is a jewel in the city and this new facility will make it even better.”

The City of Atlanta will fund the project through a revenue bond and supplement it with additional sources, including the Department of Parks and Recreation’s park improvement funds. The Department of Parks and Recreation awarded the Grant Park Gateway Project to the Winter Johnson Group, and will issue the restaurant request for proposal in the upcoming months. The project is slated to be complete late 2018.

The Reed Administration set a goal to ensure that every resident in the City of Atlanta lives within walking distance to public greenspace or a park. Since 2014, the Department of Parks and Recreation has acquired an additional 171 acres of land, including 14 new parks, increasing the percentage of Atlanta residents living within a half-mile walk of a park from 50 percent to 64 percent.