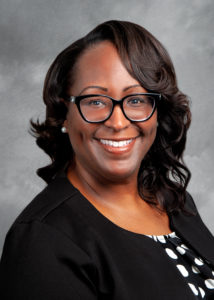 Scottdale Early Learning, Inc. (SEL) is an early care and educational organization serving low and moderate income families in DeKalb County. We recently received a $25,000 grant from the Community Foundation for Greater Atlanta to address Census underreporting of children under the age of five in Central DeKalb County. SEL will work in partnership with CDF Action (formerly Clarkston Development Foundation) to reach out to refugee families, immigrants and African-Americans to educate them about the need for accurate Census reporting, and to dispel myths and answer questions about the Census. The education effort will last throughout 2020.

According to the Urban Institute, Georgia has one of the highest Census undercounts of children under age five in the country. Accurate reporting is extremely important, since Census figures are used to determine federal funding for schools, hospitals and roads, among other government programs and projects. Here in DeKalb, SEL recently used Census data to determine the ideal location for our second location, which we recently opened to service additional infants and young children, along with their families.

Some central DeKalb residents, especially immigrants and refugees, might have language and literacy barriers to correctly filling out the Census form.  Clarkston, Ga. has one of the highest percentages of refugee families in the country, and is known as the most diverse square mile in the U.S. Others might fear the government or be unclear on how the data will be used.  Gibson says communication is the key.

We will use the grant to train and support leadership and staff of early learning programs, including child care centers, school-based Pre-K programs, Head Start, family child care learning homes, family literacy programs and home visiting services. We will help them develop their own Census Counts plan by including Census information in regular scheduled activities like parent meetings, conferences, special events, and more. These early learning programs are known and trusted by local families, and they often have staff members who can communicate with international families in their native languages. We will also identify appropriate festivals and events at local apartment communities and libraries and train volunteers to disseminate information in various languages about the Census and its importance.

To learn more about the 2020 Census and how you can get involved, visit 2020 Census online.

Share22
Tweet
Share
Pin
Pocket
WhatsApp
Buffer3
Email
Reddit
25 Shares
Previous Article
A Re/CAP of the Past, a Look Ahead to the Future
Next Article
What the 2020 Georgia Energy Code Updates Mean for You