Greenberg Traurig law firm has just become a more important player in the public policy space in Atlanta and Georgia.

The firm has expanded its government law and policy practice with the addition of Chuck McMullen, Tharon Johnson and Blake Ashbee – three political insiders who have just left the McKenna Long & Aldridge law firm, which has become part of the world’s largest firm – Denton’s.

The three public policy experts have strong ties with several key political and government leaders in Atlanta, Georgia and the country. 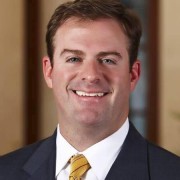 And as a group, the three of them have numerous bi-partisan relationships, and they are part of a younger generation of politically savvy professionals.

“We are focused on this opportunity that we have Greenberg Traurig,” McMullen said in a telephone interview Monday evening. “We are very excited about being part of the Atlanta and Georgia team to what already has been a premier public policy group. We are young, dynamic and bipartisan.”

Johnson joins the firm as director after having served in senior positions throughout all levels of government – working at federal, state and local levels. He was the National Southern Regional Director for the 2012 Obama For America campaign – leading the presidential re-election campaign for 11 southern states, including the key battleground states of Florida and North Carolina. 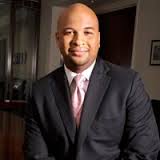 Ashbee will be “of Counsel” with Greenberg Traurig. He previously was appointed by Georgia Gov. Nathan Deal to serve as executive director of the Governor’s Office of Workforce Development (GOWD) where he oversaw workforce investment activities and spearheaded Georgia’s skilled trade initiative-Go Build Georgia.

Prior to that, he served in Deal’s administration as deputy chief operating officer and deputy executive counsel. He has worked as a leader for legislative, grassroots public affairs, and marketing campaigns in the public and private sector, and served in senior advisory roles to members of U.S. Congress and at the U.S. Department of Energy. 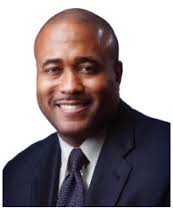 “We are humbled by the fact that many of our clients are coming with us,” McMullen said, adding that they will continue to represent Microsoft, United Healthcare, Anheuser-Busch and MGM Casino with their public policy issues in Georgia.

MGM, which has confirmed its interest to develop a high-end casino in downtown Atlanta – a project that will require new laws and a likely revision in the Georgia Constitution.

“We will be MGM’s lead lobbyist on that project,” McMullen said. “We are the ones who will be leading that charge.”

Given the shifting landscape among law firms partly because of the Denton’s-MLA merger, McMullen and Johnson said it was an opportune time to make a change to a new firm. And the three considered several possible scenarios.

But Ernest Greer, co-managing shareholder of the Atlanta office of Greenberg Traurig and is also the past chairman of the Georgia Chamber of Commerce, convinced them to join his team. 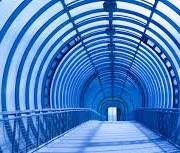 “We are thrilled to welcome such accomplished professionals to lead our Atlanta Government Law & Policy practice and strengthen Greenberg Traurig’s already well-respected national government practice,” Greer said in a statement. “The firm continues to attract top-level teams and individuals as part of our commitment to bolstering the key practice areas that are important to our clients. We are proud to welcome Chuck, Tharon and Blake as we demonstrate our commitment to delivering excellent service to our clients both nationally and in Atlanta.”

McMullen summed it up this way.

“Ernest understands that intersection between public policy and business,” he said. “This will only complement what Ernest and his firm have been able to do. We can grow in Atlanta what Greenberg Traurig already does nationally.”

The bipartisan practice includes former elected officials, as well as former top aides and policy officials from the U.S. Congress, the Executive Branch and various state governments. These attorneys and professionals work together to provide clients with seamless representation in virtually any forum – before the U.S. Congress and executive agencies, as well as state and local government entities.

These Atlanta hires mark a continuation of a strategic expansion of Greenberg Traurig’s Government Law & Policy Practice. Over the past two years, nearly 40 attorneys and lobbyists have joined the firm’s Washington, D.C. office.