The Atlanta Urban Design Commission’s website states: “It is the mission of the City’s Historic Preservation Ordinance that any changes which occur to a designated property be in keeping with the historic character of the building or district.”

The West End Historic District, once known as White Hall, was established in 1835, and predates the City of Atlanta. West End is a vibrant community that takes pride in its 100-plus-year-old homes and designation on the National Register of Historic Places.

The neighborhood is in an active resurgence; most of the homes have been beautifully restored, or are in that process. The architectural integrity is promoted by the abidance of historical guidelines, approved by the City. 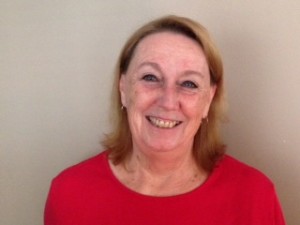 The Atlanta Habitat For Humanity is building a house in this district. It knew it was a designated Historic District when it bought the property. When Habitat’s plan to build was announced and presented to the neighborhood, the members of the homeowners’ association, West End Neighborhood Development, voted to request a denial of the proposal by the Urban Design Commission. This decision was based on the lack of character-defining elements, the square footage of the habitable space, and the insensitivity to the neighborhood’s historic standards.

Recognizing Habitat’s need for flexibility in design, a contingent of neighbors met with Habitat in May to voice concerns and offer suggestions for adding character to the planned house. 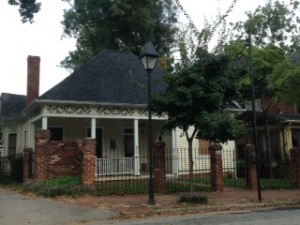 A sampling of homes from the historic West End community

Although some small revisions were made, Habitat’s response was that, “the cost would severely impact the affordability of the finished product,” a stance that was very disappointing to the residents who have actively promoted the architectural integrity of their historic district.

The Atlanta Urban Design Commission (UDC) approved Habitat’s plan, although this proposed house is more than 500 square feet smaller than the average house on the block face. In 2013, the UDC asked that a new home being built on that same block be decreased by five feet in depth because it was larger than the largest existing home.

In an effort to help Habitat in pursuit of it mission, the historic guidelines appear to not have been applied equally – unfortunately disregarding the neighborhood’s worthy mission. All late 19th century homes had large front porches, and one or more chimneys. 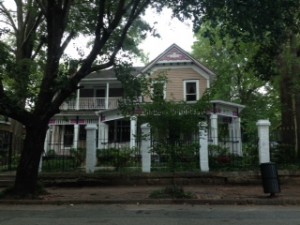 Another home in West End (Photos are courtesy of Kathi Woodcock)

The Habitat house does not. The few extra dollars to bring the structure into conformity has been the issue. Just adding a porch to the Habitat house would go a long way to having it fit in with the rest of the neighborhood.

At this time, Habitat For Humanity is still unwilling to make further revisions to the exterior of the house to reflect the intent of the guidelines and the character of West End Historic District.

Not applying historic guidelines equally to everyone and allowing the building of a visually non-compatible house in West End will set a dangerous precedent for infill construction practices in ALL of Atlanta’s historic districts. 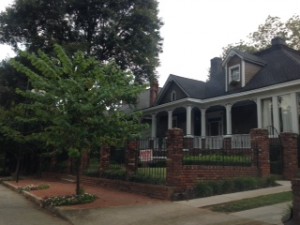 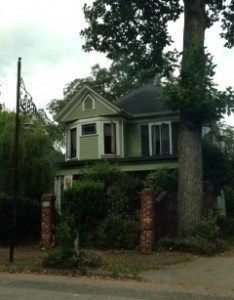 And yet another West End home