Hank Huckaby: A man for all seasons 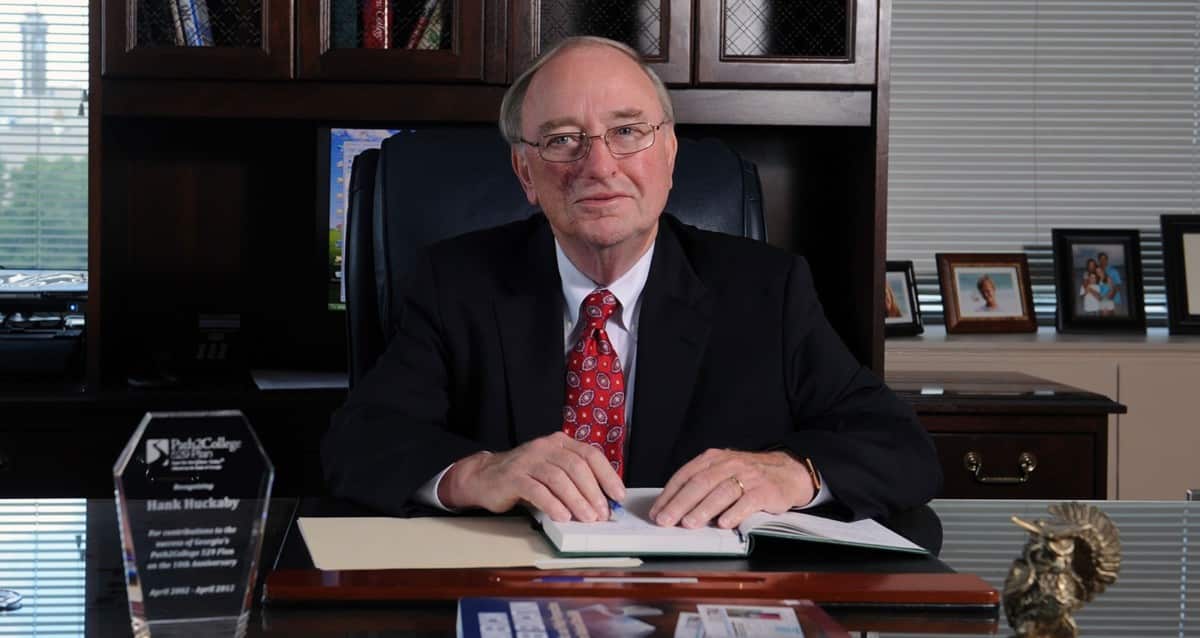 I remember very well when I first met Hank Huckaby. I was a new arrival in the state of Georgia, and the year was 1997. After almost 20 years in D.C. as an advocate for culture, history, and public policy, I returned to the place of my beginnings.

In the nation’s capital in 1997, there was a buzz about Georgia, a Deep South state on the rise with a governor, Zell Miller, who made educational opportunity and straight-talking national bywords. I was looking forward to resettling in a state that I could also call home once again (I went to high school in Warner Robins) and that the grandparents of my children called home.

Hank Huckaby was running the state’s budget office in the administration of Governor Miller, and I wanted to introduce myself as the new head of Georgia Humanities. He was courteous, and sincerely interested in what I had to say. He made an impression on me — a person who seemed not so much seeking as serving; a genuinely warm and interested hand was extended to a new arrival.

As I went about my work, I stayed in touch with Hank as he transitioned from the finances of state government to an office in Athens, where he oversaw the University of Georgia’s financial affairs. And how seamlessly he moved.

After 10 years as the university’s financial head, he retired to run for elected office, ultimately representing the 119th district in the General Assembly.

And then in 2011 Governor Deal appointed him as chancellor of the University System of Georgia. A calm and attentive sage of a man, he was the perfect choice.  Even in the best of times the complexities and challenges of running a university system is daunting, and these were anything but the best of times: Georgia and the nation were mired in the worst national recession since the 1930s. (As a result, the Georgia Public Library Service had been transferred to the University System, in part for financial reasons, and not far behind was the Georgia Archives.)

Hank did not let anybody down. His instinctive goodness and collegiality is in proportion to a tough intelligence and loyalty with zero tolerance for ethical missteps.  He is the real thing, a living Georgia story, a civic servant with roots in yesterday and a role model for a new century.

Hank’s skills bring to mind those of Chesley “Sully” Sullenberger, the remarkable pilot of flight 1549 who made a successful emergency landing in the Hudson River with 155 passengers and crew on board. Sullenberger explains his aviation miracle thusly: “It all starts with core values, with having real reasons why we need to do what we need to do.” Self-knowledge put to good use is a powerful thing.

And now Hank’s retiring — once again. 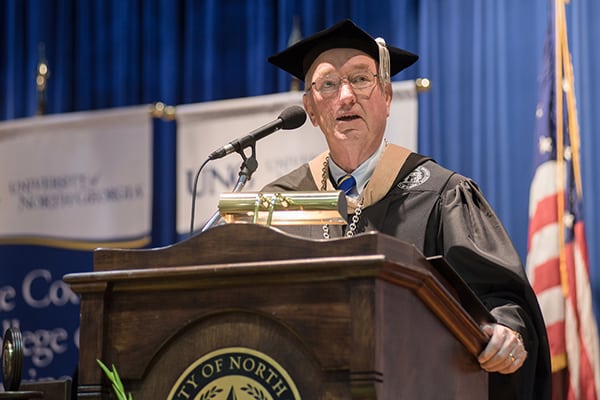 As chancellor, Huckaby oversaw 29 colleges and universities, the Georgia Public Library Service, and the Georgia Archives. Courtesy of University of North Georgia

I don’t doubt that the time has come to relax from carrying the burdens of the state and the never-ending responsibility of steering a course in changing times (which is what good governance seems to entail always). One never does this alone, of course, and Hank has made it a point to surround himself with capable people equally interested in service.

Good civic leadership is many things, and typically involves harmonizing one’s internal instincts with external needs. The best leadership, whether in the public or the private sectors, shares this common trait.

In a remarkably diverse career of thoughtful leadership through the calm and also troubled waters of higher education, government, and statecraft, Hank Huckaby leaves an example of public service for us all. Hank embodies wisdom, mutual respect, love of place and learning, and service. The ancient Greeks had a word for this kind of conduct: virtue. Truly, he is a man for all seasons.

One of Hank’s many legacies is someone he has known for years. Dr. Steve Wrigley, currently the senior vice chancellor of the University System, has been tapped to succeed him as chancellor. Like Hank, Steve is anything but new to governance, education, tough decision-making, and leadership. He too was part of Governor Miller’s remarkable leadership team, and also like Hank, has the gift of knowing why he does what he does. He is grounded.

What great good fortune the state of Georgia has in these two.

Many thanks to Jet Toney, chair of the board of directors of Georgia Humanities and a friend and colleague of many years, for his assistance with this column. Jet’s thoughtful reflections always enrich my own appreciation for civic leadership and service in Georgia.