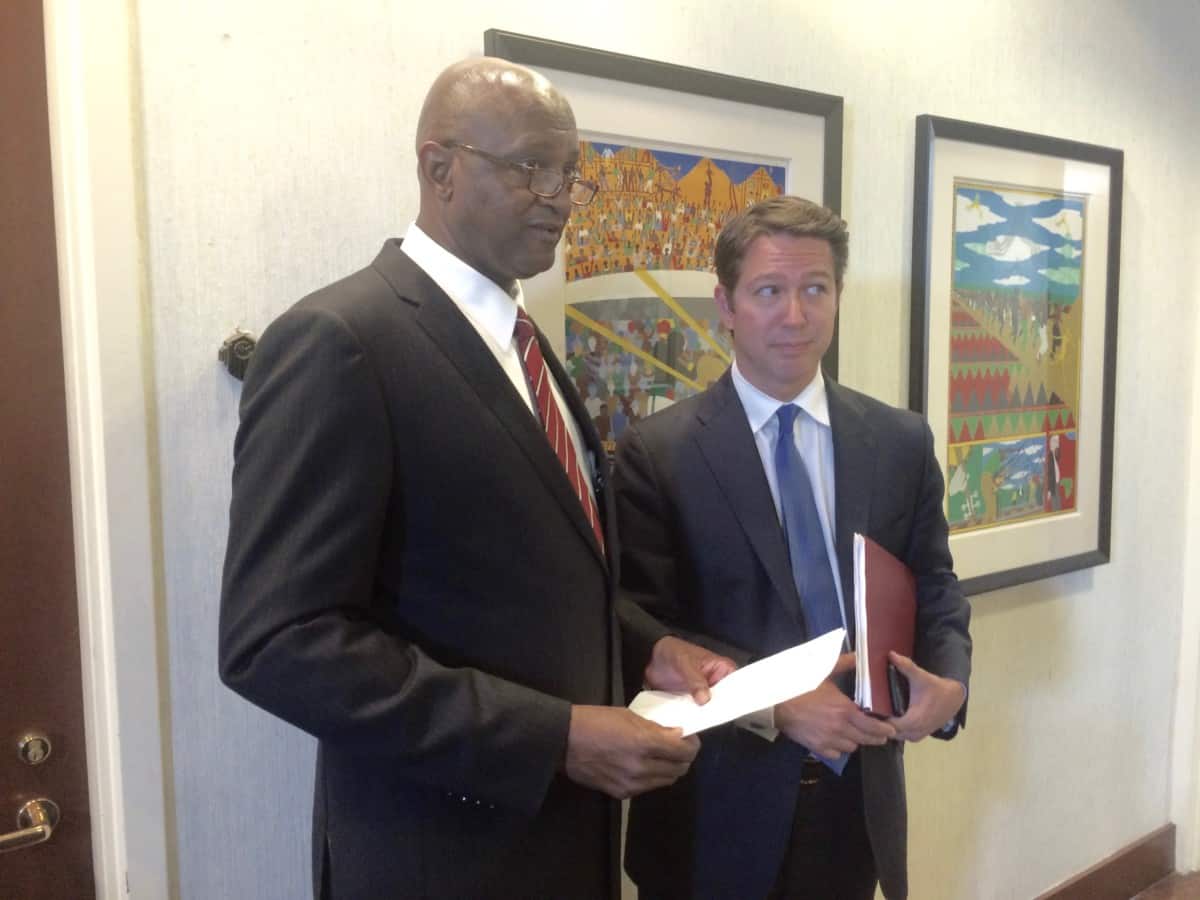 A marquis member of Atlanta Mayor Kasim Reed’s administration is out of a job.

The statement did not explain why Southwell was leaving the post. 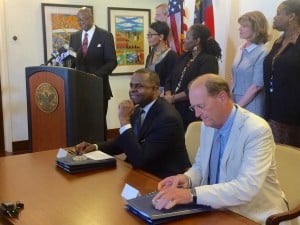 “I want to thank Mr. Southwell for his service to the City of Atlanta and the travelers at the world’s busiest passenger airport,” said Mayor Kasim Reed. “Hartsfield-Jackson Atlanta International Airport serves as our city’s and region’s dominant economic generator, and as such, I am committed to achieving maximum operational efficiencies and the highest level of customer service possible. I wish Mr. Southwell the best in the next chapter of his career.”

The timing of Southwell’s departure has raised eyebrows.

WSB-TV, which originally broke the news in a twitter feed. said on the evening news quoted sources in saying the reason Southwell was fired was because of the long lines trying to clear security at the airport.

“He was not fired.” said Anne Torres, spokeswoman for Mayor Kasim Reed, in an email after 11 p.m. news. “Statement is only comment we are providing at this time.”

Southwell did not respond to texts sent to his cell phone as of press time to clarify what happened.

The timing of the end of Southwell’s tenure also follows two other developments.

Then on April 27, the mayor signed a 20-year lease with Delta Air Lines in his ceremonial office with one of closest confidantes – Richard Anderson – who only had five days left as the airline’s CEO. Anderson’s successor – Ed Bastian – also attended the signing ceremony, as did Miguel Southwell, who was the point person who handled most of the negotiations with Delta on the lease agreement. 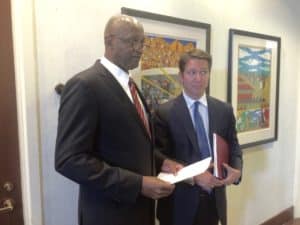 Delta, which historically has worked closely with the airport general manager, refrained from making a comment.

“We don’t have any comment at the moment,” Spokesman Trebor Banstetter wrote in an email. “If that changes I will let you know.”

Reed has now had three different aviation general managers. He inherited Ben DeCosta, who served at the helm of the airport beginning with Mayor Bill Campbell’s administration.

DeCosta was succeeded by Louis Miller, the former general manager of the Tampa airport, after an extensive national search in 2010. He announced in October 2013 that he would be retiring by the end of that year.

Then in January 2014, Reed announced he would be launching another national search for a new general manager of the airport. Meanwhile, he named Miguel Southwell, who had joined the airport’s executive team in 2013 and had been a candidate when Miller had been selected, would serve as the interim general manager.