By Maria Saporta
Published in the Atlanta Business Chronicle on October 18, 2013

Responding to speculation that he will retire by early next year, Atlanta airport chief Louis Miller says he has made no plans on when he will step down.

Miller, who will turn 66 next April, was named aviation general manager of Hartsfield-Jackson Atlanta International Airport in September 2010 after a nationwide search to find a successor to Benjamin DeCosta, who ran the Atlanta airport for 12 years.

Atlanta Mayor Kasim Reed, who is in charge of hiring the general manager of the airport, said Miller will be able to determine the timing of his retirement.

“Louis is going to be able to do whatever he wants to do,” Reed said in a brief interview on Oct. 10. “He wanted to end his career at Hartsfield-Jackson. It was his dream job. I like the job he’s doing. I have nothing but positive feelings of what he’s been doing at the airport.” 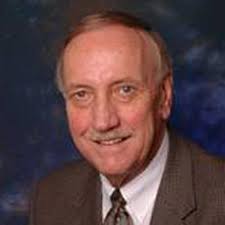 But several City Hall observers have speculated that there likely will be a leadership change at the airport by the end of the mayor’s first term, which ends in January.

On Oct. 19, Miller will mark 37 years in the airport business. He entered the business as an accountant in 1976, spending 20 years at the Salt Lake City Airport Authority, the last 14 as its executive director.

From 1996 to the spring of 2010, Miller served as executive director and CEO of the Tampa International Airport, until he resigned under pressure.

Then Miller was given an opportunity to become general manager of the much larger Atlanta airport. He jumped at the chance even though the job did not come with an employment contract, a common practice in the industry.

During Miller’s tenure in Atlanta, Hartsfield-Jackson has rebid out all its food and beverage concessions throughout the airport; opened the new Maynard Jackson International Terminal on the new eastern entrance to the airport; bid all the new concessions in the new international terminal; established a “cellphone” park and wait lot; and welcomed low-cost carrier Southwest Airlines to the airport.

Miller said he has been “really happy” in Atlanta — adding that working in the airport industry is never boring and often rewarding.

He also said that he and his wife have enjoyed living in an apartment in Midtown where they are close to restaurants, Piedmont Park, the Woodruff Arts Center and MARTA.

But Miller clearly has been thinking about the next chapter in his life.

“Right now I don’t have any plans about exactly when I’ll retire,” said Miller, who added that it’s a decision he and his wife will make together. “When I retire, we would definitely go back to Salt Lake City. I still have family out there. I was born and raised there, and I still have two brothers who live there. It’s a great city.”

As to the timing, Miller said he has not had any meeting with Reed to discuss his possible retirement.

Meanwhile, this past April, Hartsfield-Jackson hired Miguel Southwell, who had been one of the five finalists for the general manager job in 2010 when Miller was selected.

Southwell is one of three deputy general managers at Hartsfield-Jackson. He is responsible for managing concessions, properties and airline affairs, new business development and customer service divisions.

Reed said the hiring of Southwell was “just a good add,” and that he will deepen “the bench strength” at the airport.

Gittens had gotten to know Southwell during his first stint in Atlanta. Southwell spent 11 years in Atlanta in several positions including serving as interim general manager for business and finance. He also served as an adjunct professor at Georgia State University, where he taught courses in air transportation management.

Miller agreed with Reed that Southwell’s hire has helped fill a need at the airport. Miller also said that he wants to be sure the airport is in good hands when he does decide to retire. He added that the other two deputy general managers — Balram “B” Bheodari and Roosevelt Council Jr. — also are key members of his leadership team.

“My hope is that as these three deputies develop is that one of them would be able to compete for the [general manager] job,” Miller said. “When I do make a decision in the future to leave, I’m very comfortable that the current team I have here can keep the airport going until the mayor makes the ultimate decision.”

Running Hartsfield-Jackson, ranked as the busiest airport in the world, has been considered a premier job in the industry.

The fact that Reed was not offering a multi-year contract and a level of job security for the position, however, may have hurt Atlanta’s ability to attract a general manager from one of the nation’s top airports.

The last two finalists in the 2010 Atlanta search were both former airport general managers who were unemployed — Miller and Lester W. Robinson, director of the Detroit airport who had not had his contract renewed earlier that year by the airport authority.

Also, although the Atlanta airport is the busiest in the world, the general manager’s salary is among the lowest in the industry. Miller was offered a salary of $221,000 to run the Atlanta job compared with the $253,000 he had been making in Tampa running a much smaller airport.

It is unclear whether the mayor has become more open to the idea of offering a contract for the general manager position. And it is not known whether he would prefer promoting an internal candidate, avoiding the need of having to conduct another national search for a new general manager.